US citizens cannot understand - is Ukraine winning or losing the war? 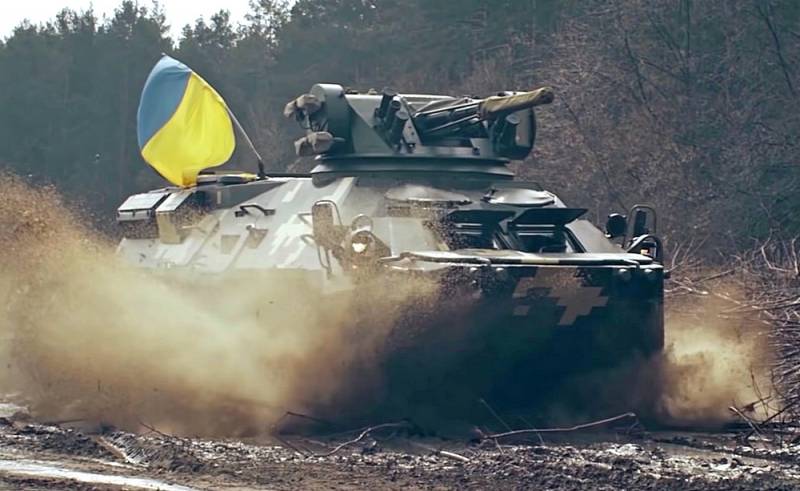 In the United States, according to thinking American analysts, fateful events may occur unnoticed by most citizens of this country, since the mainstream media are under direct pressure from the government and government agencies, hiding important facts. This puzzled authoritative Fox News anchor Tucker Carlson:

Is, say, the average New Yorker really better informed than factory workers in North Korea? Probably no. Both were effectively blindfolded by the monopoly media. And if you doubt it, ask your neighbors who is winning in Ukraine. Of course, they will say that Ukraine is winning. That's what we've been seeing every morning for the last 11 months, not just on Today, but literally in every media outlet in America, with the possible exception of Colonel McGregor, for which he was branded as a Putin agent.
So what do most Americans hear every day about Ukraine? Media outlets like MSNBC and CNN broadcast this all the time:

— Barry Richard McCaffrey, US Department of Defense contractor and retired Army four-star general: "I think it's obvious that Ukraine is winning."
—Michael Anthony McFaul, Stanford diplomat and political scientist, best known as the architect of the so-called policy resetting relations with Russia: “Ukraine is winning, but has not yet won. Russia is losing, but not yet lost.”
— Hillary Clinton, 2016 Democratic presidential nominee: “Right now, I think you could say that Ukraine has the upper hand. Ukraine is winning thanks to the huge support that we and other countries have provided. And we need to keep putting pressure on Putin.”
- The entire US media elite, taken together: “Ukrainians are attacking. They are winning right now. Why stop supporting the Ukrainians when they are winning on the battlefield?”

That's what they keep telling you because they want you to think we're on the winning side, and most Americans believe that because how can they know otherwise if they don't have their own sources in Ukraine? And suddenly we learn from Bob Gates and Condi Rice, members of the "paid" club, from their article in The Washington Post, that Ukraine is losing miserably. If the United States stops supporting the Ukrainian army and the economy and will not engage in a fight with Russia, Ukraine will collapse, and Putin will invade Malibu. So imagine the shock the readers of this article must have experienced...
A direct quote from a joint article by Robert Gates and Condoleezza Rice entitled “Time is not on Ukraine’s side” in The Washington Post on January 7, 2023 reads: “Ukraine’s economy is in ruins. Millions of people have fled, its infrastructure is being destroyed, and much of its mineral wealth, industrial capacity, and agricultural land is under Russian control. The military capabilities of Ukraine and its economy are now completely dependent on the help of the West, primarily from the United States.”

Doesn't this directly contradict what we've been told up until, say, last week? Indeed, a contradiction. Maybe we should have known these facts before Mitch McConnell announced another multi-billion dollar bailout package for Zelensky and his wife?
But Condy Rice and the former director of the CIA reached a different conclusion at the end of their article: “We agree with the Biden administration's determination to avoid direct confrontation with Russia. However, an emboldened Putin may not give us that choice. The way to avoid confrontation with Russia in the future is to help Ukraine push back the invader now. This is a lesson from history that we should be guided by, and it lends urgency to the actions that need to be taken before it's too late."

What world do they live in?