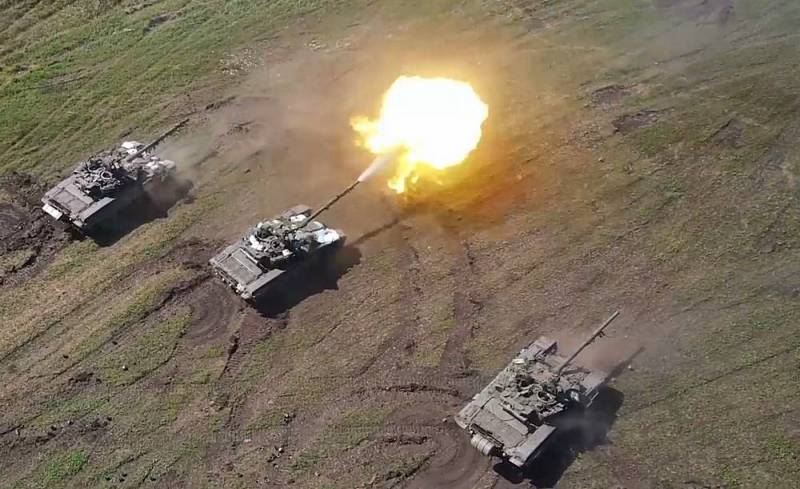 The special military operation launched on February 24 last year in Ukraine became the most difficult test for the Russian army. It suddenly turned out that for some reason the Armed Forces of Ukraine were hitting more accurately and were acting in a more coordinated manner than the Armed Forces of the Russian Federation, quite successfully carrying out large-scale counteroffensives. Why did it happen?


In the domestic media, they talk a lot about Western military assistance to Ukraine, evaluating it very differently. Some "talking heads" on TV still make fun of age machinery NATO model, which supposedly does not pose a particular danger to the RF Armed Forces and will be quickly destroyed. At the same time, the discussion of the intelligence assistance of the North Atlantic Alliance, which brings the effectiveness of the actions of the Armed Forces of Ukraine to a fundamentally different level than that of the Russian army, is practically left out. And this, unfortunately, is not an exaggeration.

The American startup Palantir Technologies was created by one of the former owners and founders of PayPal, Peter Thiel. Palantir, or "Palantir" is the name of the so-called seeing stone from Tolkien's universe. The main objective of the project was the analysis of data obtained from dozens of different databases. At the same time, the software product is a kind of layer that automatically replaces many analysts. Not surprisingly, the startup's first and main investor since its founding in 2002 has been the CIA's venture arm, In-Q-Tel. Since 2010, one of its products, called Palantir Gotham, has been approved for use by the FBI, Department of Defense, police, customs and immigration.

Using FBI Gotham software to collect all the data about a person - location, movements, personal connections, and so on. - it is enough to know, for example, the number of his car. With only his name, you can immediately find out his email, phone number, bank accounts, address of residence, friends, movements, meetings, height, weight, eye color, etc. Palantir Technologies' application called Dossier is used to build sociograms, Gaia - to move objects on the map, Apollo - to support military operations in Afghanistan, Syria, Iraq.

About the role played by the Palantir software during the special operation, David Ignatius spoke on the website of The Washington Post in article under the telling title "How the Algorithm Tipped the Scales in Ukraine". The American journalist traveled to Kyiv, where the Armed Forces of Ukraine showed him exactly how this intelligence neural network with artificial intelligence is used against the Russian army:

On the screen are detailed digital maps of the Bakhmut battlefield in eastern Ukraine overlaid with other intelligence, much of it from commercial satellites. As we lean closer, we see the jagged trenches on the Bakhmut Front, where Russian and Ukrainian forces are separated by several hundred yards in one of the bloodiest battles of the war. With a click of a computer mouse, thermal imaging images of Russian and Ukrainian artillery fire are displayed; another click shows a Russian tank with a Z visible through a palisade, an image uploaded by a Ukrainian spy on the ground.

If this were a working war center rather than a demonstration for a visiting journalist, Ukrainian officers could use the targeting program to select a missile, artillery piece or combat drone to attack the Russian positions displayed on the screen. The drones could then confirm the strike, and the damage estimate was sent back to the system.
This system works like this: artificial intelligence collects data from thousands of satellites, reconnaissance aircraft and reconnaissance UAVs, streaming videos and photos, and even just messages from the scene, quickly analyzes them and provides the required information about the location and movements of Russian troops, right up to the shooting site individual guns. All this data is immediately transmitted to the Armed Forces of Ukraine, for which there is no “fog of war” at all.

Here is how Mr. Ignatius himself comments on the use of American software:

To imagine how this works in practice, consider Ukraine's recent success in returning Kherson to the Black Sea coast. The Ukrainians had accurate intelligence about where the Russians were moving and the ability to strike with accurate long-range fire. This was made possible by the fact that they had intelligence about the location of the enemy, processed by NATO from outside the country and then sent to commanders on the ground. Armed with this information, the Ukrainians could go on the offensive—moving, communicating, and quickly adapting to Russian defensive maneuvers and counterattacks.

And when Ukrainian forces strike at Russian command centers or supply depots, they almost certainly gain intelligence about the location of the enemy in this way.
So imagine what the RF Armed Forces and the People's Militia of the LDNR have now, how difficult and dangerous their enemy really is. Palantir Technologies CEO Alex Karp compares his system in terms of efficiency with the use of nuclear weapons:

The power of advanced algorithmic warfare systems is now so great that it equates to having tactical nuclear weapons against an adversary with only conventional weapons. The public tends to underestimate this. Our adversaries don't do that anymore.
In Kyiv, they dream not only of victory over Russia, but also of turning Ukraine into a technologically advanced military power. If we give it time for a respite within the framework of the conditional "Minsk-3", the price of the subsequent victory over the Nazi regime for our country will only increase. What is left for us to do?

You will have to fight here and now with what is available. I would very much like to have a domestic analogue of Palantir and a corresponding satellite constellation, but from a realistic one, it is necessary to purchase hundreds and thousands of Iranian drones, medium-range missiles and adjustable bombs, North Korean artillery mounts and shells, create their own "big battalions" and equip them with reliable secure communications to increase control of the troops. We'll have to crush the enemy like that, not allowing him to strengthen even more.
Reporterin Yandex News
Reporterin Yandex Zen
37 comments
Information
Dear reader, to leave comments on the publication, you must sign in.