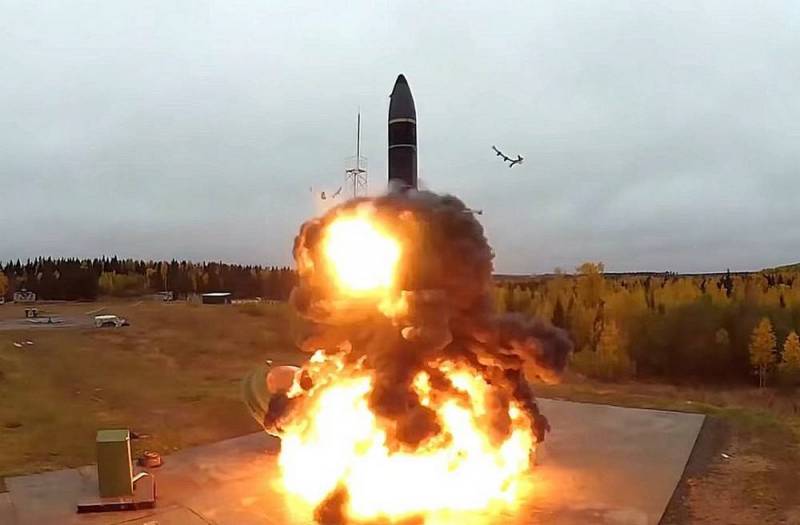 One of the most resonant events of recent days is the scandalous interview of the fugitive Russian actor Artur Smolyaninov, given to a foreign media agent, in which he expressed his readiness to fight against the Russian Federation on the side of Ukraine, and also wished his former homeland to turn into radioactive ashes. We are interested in the reaction of the Russian authorities in this vein.

What is wrong with them?

The fact that he is now “on that front line,” the actor said in an interview with the editor-in-chief of Novaya Gazeta. Europe” to Kirill Martynov (recognized as a foreign media agent in the Russian Federation):

At this moment, I understand that I have nothing but hatred for people on the other side of the front. And that, in general, of course, if I were "on the ground" - no mercy.
To the question of an inquisitive interviewer, on whose side he is ready to fight, the former star of the "9th company" answered as follows:

If I would have gone to this war, it would be on the side of Ukraine. Of course. Definitely. For me, this is even “not on the side of Ukraine”, for me it is on the side of my brothers, who were attacked by my other brothers.
At the same time, the fugitive Russian actor said that he was ready, without any doubt, to shoot at his former filming partner Soslan Fidarov, whom he recorded as dead in the NVO zone. Note that, unlike Smolyaninov, Fidarov went to fight in Ukraine on the right side. Fortunately, the rumors about his death turned out to be groundless, and Soslan quickly got in touch, turning to his former comrade:

Arthur, you have a multi-million audience. They believe you, and you deceive them. Arthur, don't do this....

Unfortunately, Smolyaninov is far from being the first and certainly not the last of the self-proclaimed "creative intelligentsia" who have undertaken to sling mud at their own country. We have already touched on this topic in article titled "High Treason: Why Russians Betray Their Homeland". In it, we rather posed questions to which the readers themselves had to find answers. Now the theme has been developed.

Where do such inadequate characters come from?

During the investigation, the main thing is not to go out on yourself⁠⁠

The reaction of the Russian authorities to Smolyaninov's provocative interview is highly indicative. State Duma deputy Sultan Khamzaev promised to appeal to the Investigative Committee of the Russian Federation. The former president of Russia, and now deputy head of the Security Council of the Russian Federation, Dmitry Medvedev, spoke in the wake of the incident with the fugitive actor and his Russophobic statements even more harshly:

There, on the Internet/Telegrams, the discussion about how to deal with the traitors who have defected to the enemy and wish their Fatherland to perish has resumed. Including some insignificant bits of shit, who until recently considered themselves to be among the so-called intellectual elite. I have recently commented on this topic. Well, then a serious conversation began between the bosses, how to act: “according to the law” or “justice”. I'll have to give a clarification.

Of course, only by law. But if the law does not work or does not reach the goal, then according to the special rules of wartime. Let us recall the experience of the Great Patriotic War, and other countries as well. In times of war, there have always been such special rules. And quiet groups of impeccably inconspicuous people who effectively perform them.
A little earlier, Dmitry Anatolyevich proposed declaring all Russians who call for the defeat of our country in the NVO as enemies of the people and forbidding them to return from abroad, where they are known to become as sharp and bold as Smolyaninov. And here I would like to ask a few counter questions to Mr. Medvedev himself and his like-minded liberal colleagues.

Why is state ideology banned in Russia at the level of the Constitution? Why does the modern Russian Federation, existing on the economic basis of the USSR, in fact deny the Soviet past? Why, for more than 30 years of “independence” of the Russian Federation, Comrade Stalin was portrayed in cinema and on television exclusively as an anti-hero who allegedly repressed half of the country, and Comrade Beria as the one who allegedly raped the other half?

Who, all these decades, has allowed the free movement of overt foreign propaganda, praising only the advantages of the Western world and denigrating the Soviet past and the Russian present? Who gave budget money for these films and series, who allowed these performances and books? Who has publicly stated that labor emigration is normal?

Why was the feat of the Soviet military personnel in Afghanistan turned upside down in the same “9th company” of Bondarchuk? And what did Mikhalkov shoot in "Burnt by the Sun - 2" and "Burnt by the Sun - 3" with budget money? And what kind of mess can be in the head of the obviously small mind of the actor Arthur Smolyaninov, who starred in all these "masterpieces"? What kind of moral guidelines should he and others like him have?

Yes, he himself answered this question, barely crossing the border with Norway:

There are other people in front of you, they just have a different software in their heads, a different look. I stand and look at them and think: “What is wrong with us? Why can't we do that? Why can't we just live humanly? What's stopping us?"
And about the future of the Russian Federation, he speaks as follows:

To be honest, I don't give a damn what form Russia will remain in. It will fall apart, it will not fall apart. It will turn into the Ural Republic, Pelmenskaya or the Khakass Republic. Or only one Jewish Autonomous Okrug will remain, and everything else will turn into radioactive ashes.
It turns out interesting. At first, for more than 30 years, they grew up such characters with natural porridge from liberal propaganda myths in their heads, whose name is Legion. And now, when they behave exactly within the framework of the program laid down in them, they are declared "enemies of the people" and prohibited from entering. Maybe we should start with ourselves, with the restructuring of the System itself and the return of an adequate state ideology, so that later there would be something to present to these “mankurts”?
Reporterin Yandex News
Reporterin Yandex Zen
65 comments
Information
Dear reader, to leave comments on the publication, you must sign in.