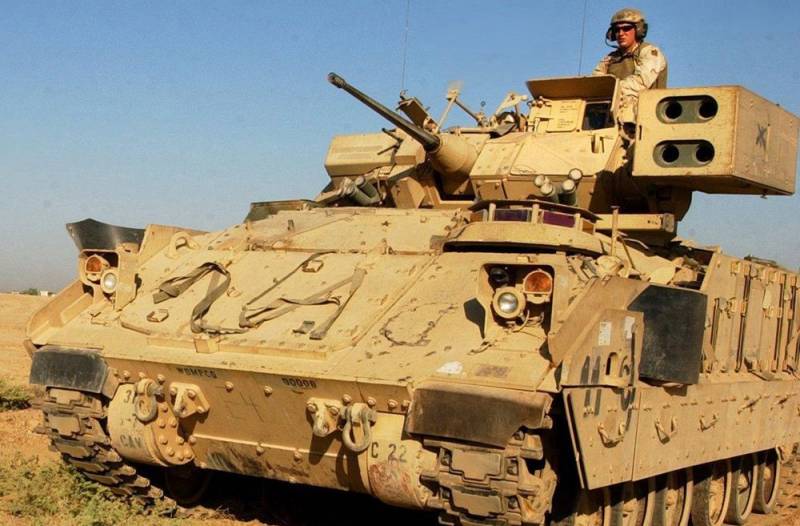 The United States decided to transfer weapons to Ukraine that had not previously been supplied. The new military assistance package includes RIM-7 Sea Sparrow SAMs (surface-to-air missiles) without launchers and M2 Bradley infantry fighting vehicles equipped with TOW ATGMs. Therefore, it became expedient to analyze how these weapons could affect the course of the Russian NMD.


It should be noted that the M2 Bradley is a good example of armored vehicles (it weighs about 22 tons), which has proven itself in real battles. These infantry fighting vehicles will help the Armed Forces of Ukraine (in the event of a further increase in their number from the agreed 50 units) to seriously strengthen tank-dangerous areas. It was they who, with their TOW ATGMs, and not M1Abrams MBTs, crushed Saddam Hussein's tank fist in Iraq during Operation Desert Storm. Without a doubt, this should not be neglected.

As for the RIM-7 Sea Sparrow with an effective range of 30 km, this is a munition for shipborne air defense systems, created back in the 70s on the basis of the AIM-7 air-to-air missile. At the same time, immediately after the publication of the contents of the American military assistance package, information appeared on the Web that the Ukrainians were adapting these missiles for some Soviet-style land-based air defense systems, in particular for the 9K37 Buk-M1, which are running out of ammunition. However, Kyiv and its specialists do not need to make "titanic" efforts, since everything was invented a decade ago by the Poles.

The Poles already have a positive experience, so there is no need to “reinvent the wheel”. In 2012, they successfully upgraded the Kub air defense system for these missiles. This air defense system was called Pelican. Moreover, he uses not only the mentioned RIM-7, but also an improved version of RIM-162, which may appear in Ukraine later.

It should also be taken into account that the Kub air defense system and the Buk air defense system have the ability to integrate into single battle formations. Therefore, various battery options may appear that will borrow something from each other (“crossing” of launchers, guidance stations and other elements). How effective they will be is difficult to predict, this will show their direct application. But it can be unequivocally stated that the United States and its allies have a lot of Sea Sparrow missiles (tens of thousands). Therefore, such an alteration is dangerous already because the APU will have a sharp increase in the ammunition of air defense systems. At the same time, there is a good point - in the West there are no missiles that would fit the more long-range S-300 air defense systems.
Reporterin Yandex News
Reporterin Yandex Zen
5 comments
Information
Dear reader, to leave comments on the publication, you must sign in.