US Admiral: Russian submarines can destroy any capital of Europe

October 26 2018
3
US Admiral James Foggo, head of the NATO Joint Command in Naples, responsible for the Mediterranean region, praised Russia's investments in strengthening the submarine fleet. Foggo called the Russians the most skilled adversaries of NATO at sea. 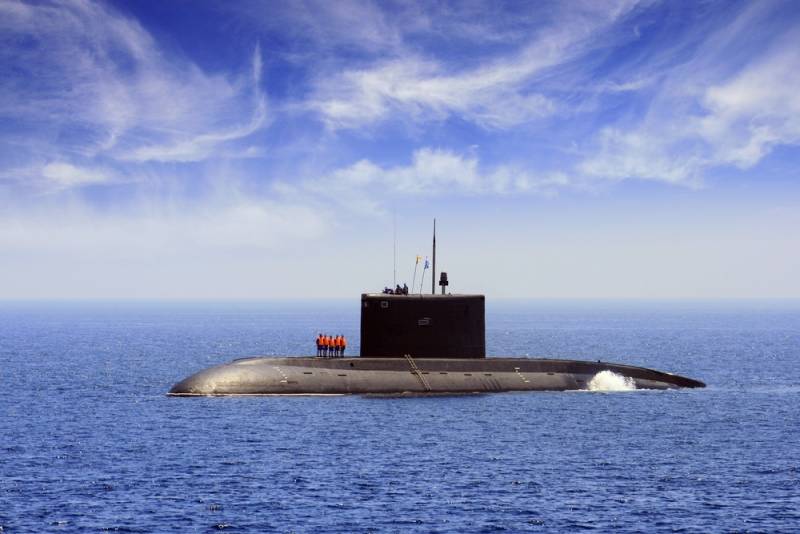 According to the admiral, Russian submarines pose a very great danger to the West. After all, the Varshavyanka project submarines are capable of hitting any European capital with missiles of the Caliber class. Of course, the admiral emphasized that such actions are unlikely to be expected from the Russian fleet, but in any case, the NATO naval forces should be very careful.

James Foggo believes that in recent years, Russia has significantly strengthened its military presence in the oceans. In particular, the submarines of the Russian Navy appeared where they had not existed before. The admiral emphasized that the Russian Federation pays special attention to control over the North Ocean and the Arctic territories.

The West is also concerned about the presence of Russia in the North Atlantic. The admiral said that now the NATO ships and submarines can no longer walk carefree in the Atlantic Ocean as before, when they were not afraid of Russian submarines. Apparently, Russia has really strengthened its position so much that it causes concern even for the confident American naval commanders.
Ctrl Enter
Noticed oshЫbku Highlight text and press. Ctrl + Enter
We are
Two new nuclear submarines built in the USA
Russia reduced investments in the US government debt to a statistical error
Reporterin Yandex News
Read Reporterin Google News
Ad
We are open to cooperation with authors in the news and analytical departments. A prerequisite is the ability to quickly analyze the text and check the facts, to write concisely and interestingly on political and economic topics. We offer flexible working hours and regular payments. Please send your responses with examples of work to [email protected]
3 comments
Information
Dear reader, to leave comments on the publication, you must sign in.