What Europe Has Achieved by Breaking Energy Cooperation with Russia: Reflections and Facts 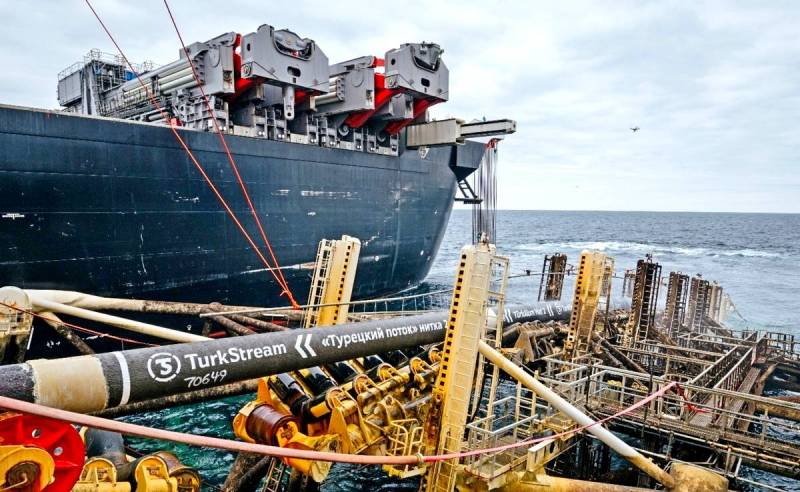 Not long ago, to the mutual satisfaction of both sides, Russia was one of the main suppliers of gas to the European Union. Europe itself, its Western and Central parts, was rightfully considered the very habitat of the notorious "golden billion", more precisely, the "golden half a billion" from among the EU citizens. However irresponsible policy, like the new German chancellor Olaf Scholz, literally in one year 2022 they were able to destroy all the ties on which the Old World stood and flourished.

Probably, the main lesson for the newly-minted Russian and not only the "elite" is how the collective West dealt with their foreign assets: bank accounts, real estate, yachts, and so on. It got to the point that the gold and foreign exchange reserves of the Central Bank of the Russian Federation were arrested without trial and investigation, and now Europeans and Americans are seriously discussing how to manage other people's property more efficiently.

The attitude of our Western partners towards the right of private property and freedom of trade of the Russian Gazprom and other oil and gas companies is interesting. For many years they forced the Russian state corporation to switch to market mechanisms for pricing blue fuel, and finally got their way. And now, when exchange prices for gas are breaking records, the Europeans take and unilaterally break the market mechanisms for pricing Russian hydrocarbons by introducing a price ceiling. The same thing happened with the prices of Russian oil supplied by sea not to Europe.

Everything, the myth of the "sacred right of private property" on which foreign investment in Western the economy, was completely destroyed. There is hardly anyone now who wants to buy a couple of villas on the Italian Lake Como, as the main Russian propagandist Vladimir Solovyov once did. Invest in European or American banks? Why, if at any moment they can be frozen and taken away there.

"Threw" old Europe, by the way, not only Russia. A subsidiary of the domestic monopoly Gazprom Trading had a long-term contract for the supply of gas from the Yamal LNG plant to India, concluded with an Indian state corporation. This fact did not prevent Berlin from nationalizing Gazprom's property in Germany and stopping supplying LNG to New Delhi, redistributing the released volumes on the European market. And in Poland, a section of the Yamal-Europe gas pipeline was nationalized.

And these people tell us something about democratic values!

Horseradish instead of radish

As you know, a holy place is never empty. Instead of Germany, which previously claimed the role of the main European gas hub, Turkey is now taking the lead. Ankara, unlike Berlin, managed not to quarrel with Moscow and maintained constructive relations with it. Turkey previously intended to tie up all the southern corridors for the supply of hydrocarbons to Europe, but now, after the start of the NWO in Ukraine and sabotage on the Nord Stream and Nord Stream 2 pipelines, it is becoming almost an uncontested supplier of gas to the European market .

"Sultan" Erdogan graciously accepted President Putin's proposal to create a new gas hub in Turkey, through which flows of Azerbaijani, Russian and, probably, Central Asian gas will pass after the construction and launch of the Trans-Caspian gas pipeline. Fuel from Gazprom, apparently, will be sold to Ankara at the border, turned into "Turkish" and, as such, resold at a premium to Europe. It must be assumed that Turkey will not indulge in large discounts.

On the contrary, during the de-industrialization of Europe, interest was noted in the transfer of part of the production to Turkey, which is geographically very conveniently located and has no problems with hydrocarbon raw materials. President Erdogan has a lot of plans:

Our ultimate goal is to eliminate external dependence on oil and natural gas as soon as possible. We are determined to turn Turkey into an energy hub in the Mediterranean, the Caspian and the Middle East. We will unite East and West not only with our bridges in Istanbul and the Dardanelles, but also with energy bridges.
Europe managed to quarrel even with Qatar, which has always positioned itself as the main counterbalance to Gazprom. They say that at any moment we can refuse Russian pipeline gas in favor of Qatari LNG, and we take Russian fuel only out of pity. And literally immediately there was a “Katargate”, when several high-ranking European officials were arrested for bribes received, including from Doha. The Foreign Ministry of the emirate responded to the ban on representatives of Qatar from visiting the building of the European Parliament as follows:

The decision to impose such a discriminatory restriction, which limits dialogue and cooperation on Qatar until the completion of the trial, will have a negative impact on regional and global security cooperation, as well as on the ongoing discussions around global energy poverty and security.
In other words, Qatar is well aware of the economic dependence Europe has now found itself in because of politicians like Olaf Scholz, and they are ready to use it.

That's what Europe has achieved by severing energy ties with Russia. With which we congratulate her.
Reporterin Yandex News
Reporterin Yandex Zen
5 comments
Information
Dear reader, to leave comments on the publication, you must sign in.