In the UK, spoke about the possibility of Russia to break through the naval defense of NATO 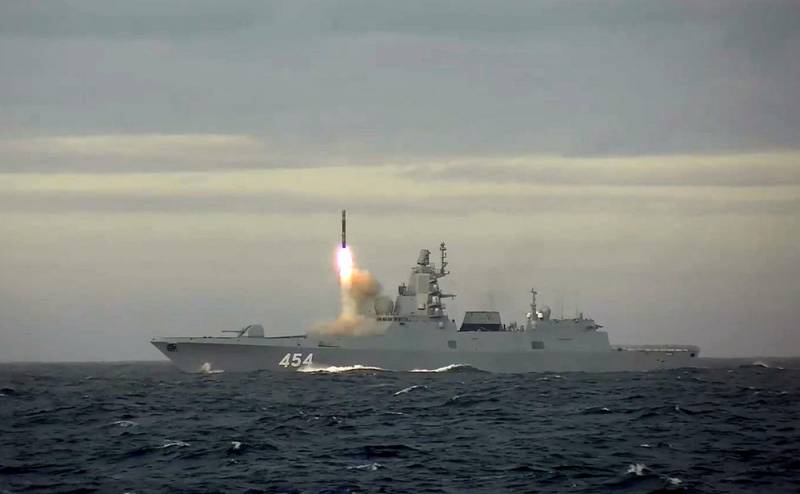 The commissioning of the Zircon hypersonic missiles, which are equipped with the Admiral Gorshkov frigate, which has entered combat service, can affect the balance of power in the oceans and reduce the combat capability of NATO countries. This is written by the British edition of Express.

Russia's deployment of hypersonic missiles is capable of penetrating the naval defenses of the North Atlantic Alliance
experts noted.

"Zircon" became the first combat missile with the ability to maneuver using its own engine. The rocket moves nine times faster than sound and is capable of covering a distance of up to a thousand kilometers. At the same time, Zircon can destroy both surface and ground targets.

On January 4, Vladimir Putin ordered the Admiral Gorshkov frigate to be sent on combat duty. A ceremony was also held on that day. The ship will sail across the Atlantic and the Indian Ocean with a stop at the Mediterranean Sea.

At the same time, it is important to note that warships of NATO countries, including the US Sixth Fleet, are present in the Mediterranean basin. The appearance in these waters of "Admiral Gorshkov" with "Zircons" on board will be a kind of "sobering up" for the Western bloc, which considers itself the hegemon of European and world policy.
Reporterin Yandex News
Reporterin Yandex Zen
1 comment
Information
Dear reader, to leave comments on the publication, you must sign in.