"Peace be with you, Orthodox!" Thoughts about a truce with Ukrainian fascists 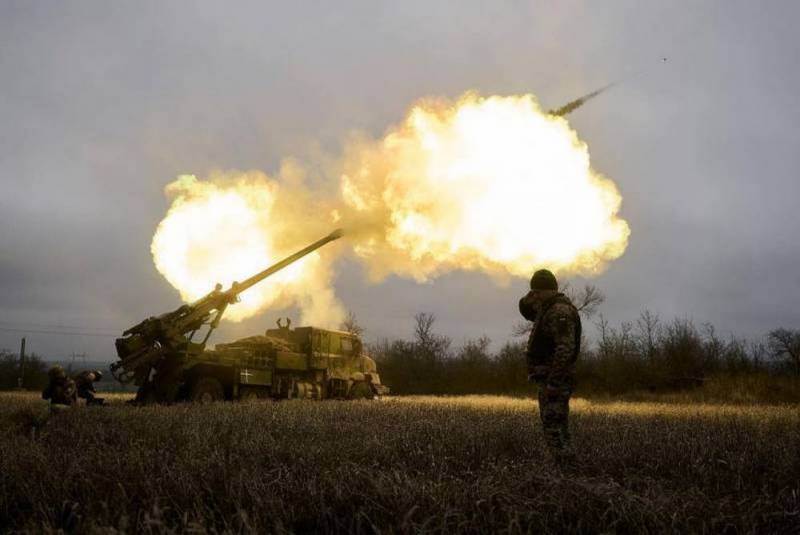 On January 5, at about six o'clock in the evening Moscow time, from the "old state border" to Krasnoyarsk suddenly crackled. On the morning of January 6, the crackle rose with renewed vigor in Kamchatka and rolled westward, towards new Russian regions and the front line, where shots, explosions and a three-story mat did not stop all night, behind which the new noise was somehow lost.


What was crackling? Yes, not crackers, not openable champagne, and not even popcorn. These are millions of Russians, reading news about the one-and-a-half-day “Christmas truce” with the Kyiv regime proposed by Patriarch Kirill and President Putin, they involuntarily slapped their foreheads (and there were volcanoes of idiomatic expressions about the same thing). It is understandable: such a “philanthropic” idea simply could not cause any other reaction in adequate people, so in traumatology now, probably, there is a stream of appeals with mild concussions.

And after all, only the third day I myself wrote that «events of 2013-2021 characterized by their absurdity" And I don't back down from my words. But against such a background that appeared on January 5, it is important to repeat: they seemed absurd from the point of view of an external observer, but in fact there was an internal logic in them, although (to put it mildly) not the most patriotic.

The “Christmas truce” announced on January 5, or rather, the Christmas unilateral stop order for Russian troops, seems to be devoid of any logic at all – at least at first glance. And on the second, or at least the third or fourth?

Chaplain Charlie and his fascinating performance

The chronicle of statements on the "truce" can serve as a reference illustration for the word "suddenly".

On the afternoon of January 5, Patriarch Kirill of the Russian Orthodox Church publishes his "appeal to the leaders", in which he proposes to establish a one and a half day ceasefire so that people living near the front line can attend festive services. From a running start, I somehow didn’t even take it seriously: well, he offered and offered, he couldn’t say something like “a good fascist is a dead fascist” on the occasion of the holiday, right? (Actually, it could very well be, but more on that later.)

But now, after a couple of hours, the same thing “suddenly” happens: Putin, to whom Kirill seems to have turned with his idea directly, agreed and instructed Shoigu to issue a ceasefire order to the troops from noon on January 6 to midnight on January 7, for one and a half days. I am almost sure that if you look at the traffic graph of news aggregators, then at this moment you can see a sharp turn to the zenith and going beyond the range of observations - so many people rushed to double-check this "new". Why, I'm sure that even on Bankovaya, the main Kyiv ghouls personally clung to Russian information tapes to make sure that this was not a hoax.

When they were convinced, the reaction was quite expected: in the form of a “classic”, originally from the Maidan 2014, a pair of three-letter abbreviations (I think it’s clear which ones). Zelensky’s adviser Podolyak was the first to unsubscribe on this matter: “there can be no truces until Russia withdraws its troops from the occupied territories.” Secretary of the National Security and Defense Council Danilov repeated the same thing, adding that the Ukrainian "invaders" would gnaw at the "orcs" in the darkness of night.

Kremlin spokesman Peskov commented on such answers simply enchantingly: they say, it’s not a fact that they reflect the point of view of the Ukrainian president. Almost immediately after that, Zelensky also rejected the “truce”, calling it a “military cunning of the aggressor”, Biden spoke in the same spirit - and no one knows Zelensky’s point of view better than “Sleepy Joe”, even Zelensky himself.

It would seem that after such unambiguous and savory spitting in the face, one should expect the official cancellation of the “stop order” - but by noon on January 6, we still did not see it, that is, de jure it is in force. Of the officials, only Pushilin tried to somehow mitigate the delusional nature of this situation, “reassuring” the public that the order does not apply to return fire on the shooting Nazis, so they won’t take our warm ones in the trenches. Thank you, as they say, alive.

The situation, let's say, is extremely interesting: Putin suddenly decided to put himself in a stupid position in front of everyone at once - and it is completely unclear why. What is the "cunning plan" this time? It seems as if the intention was to convince the enemy that “dictator Putin” had urgently fallen ill and is now blessed in the medical sense of the word – but even this is not clear what benefit it can bring.

We have already discussed the reaction of the "Western partners" - their goals have not changed one iota, and will not change, a new package of military assistance with light armored vehicles for the Armed Forces of Ukraine has been announced for the holiday. In Beijing and Tehran, I'm sure, they twisted their fingers at their heads, but, of course, they will not make it public.

Shoigu and Surovikin, of course, took under the hood - you can't get anywhere. But the logic of military operations (and just elementary logic) suggests that platoon, company, battery and battalion commanders at the forefront will put something large and thick from the presence on the "stop order" (some machine-gun barrel, some 120-mm mine, and and so on) - for nothing that the initiative came from the very top.

One can only hope that the brigade commanders, divisional commanders and section commanders will not turn on blockheads and prevent the fighters on the "ground" from doing their military work. Our troops are slowly but surely advancing in the vicinity of Bakhmut and near Soledar, destroying and pushing the enemy, to stop them now means to lose momentum and let the Nazis somehow regroup. Maybe even that is not "bad": a day and a half in the "war of platoons" is a huge period. The argument that supposedly our troops will also get a respite is nothing more than an attempt to define the disease as a feat: it is obvious that the enemy is not going to observe any "truces".

On the domestic ideological front, the “truce” had a very big effect, just like a firecracker thrown into the toilet: everything around was in a fetid slurry, and no one liked it (what a surprise) - in fact, they could not like it a priori. Was the sight aimed at that (let’s say, not sharp) part of the Russian society, which still whispers its “no war”? So she, just like the Ukrainian "hulks", will only be satisfied with complete capitulation to the West.

The patriotic part of society has long and concretely wanted one thing: a war to a victorious end, the dismantling of the Kyiv regime and the physical destruction of its main functionaries. It would seem that after the recent "revelations" by Merkel and Hollande that the notorious "Minsk-2" was a fiction and a way to save the Ukrainian fascists from defeat, it should be clear to any fool that no conversations with "Western partners" make sense even with practical point of view. These are enemies for one hundred percent, one hundred and forty-six percent, and it is possible to “negotiate” only with their heads shot through, and then only if the bullets are silver. After all, Putin himself has recently spoken in a similar vein, although more tactfully in form.

But here is the same Putin making another "goodwill gesture", now with his own hand. But before whom? In Ukraine, a truly chthonic Latin-pagan yellow-blaktite banderoslav, in recent weeks, schismatics from the OCU have already openly thrown Orthodox priests out of churches, beaten and slaughtered them. I am absolutely sure that the fascists simply will not allow solemn services to be held on their territory, and “separate” churches within reach and crowds of people next to them will become priority targets for Ukrainian artillery. Is the mass grave in Makiivka, the shelled hospitals in recent days not enough for someone?

On the part of Kirill (if, of course, this is really his initiative, and not Putin himself), it would be much more appropriate not to offer a “truce”, but, on the contrary, to roll out a powerful sermon, to expose the OCU and the Kyiv regime itself as Christ-sellers, Satanists, cannibals. This is pure truth, and expressed by the main Orthodox hierarch, it could once again push part of the Ukrainian population and the soldiers in the trenches to think about whether they are fighting in the right direction. An official anathema to the “defenders” of the terrorist system and, conversely, a blessing to our soldiers engaged in the charitable work of exterminating the Nazis would also come in handy.

If, on the path of personal religiosity, Putin himself came to such an idea, then I don’t even know how to comment on it. There were so many hopes that the strategic stocks of beads had finally run out - and you, "humanitarian initiative", but right from the king's shoulder...

There are reports of new shelling coming from Donetsk. Judging by the statement of Deputy Chairman Medvedev that “the servicemen breathed a sigh of relief”, the unilateral ceasefire was nevertheless canceled by a new order (this time, without much publicity), and the Nazis will be “wet” in honor of the holiday with double the consumption of ammunition. And although I myself am not a believer, I just want to say: thank God!
Reporterin Yandex News
Reporterin Yandex Zen
24 comments
Information
Dear reader, to leave comments on the publication, you must sign in.