What was behind the decision on the Christmas truce in Ukraine 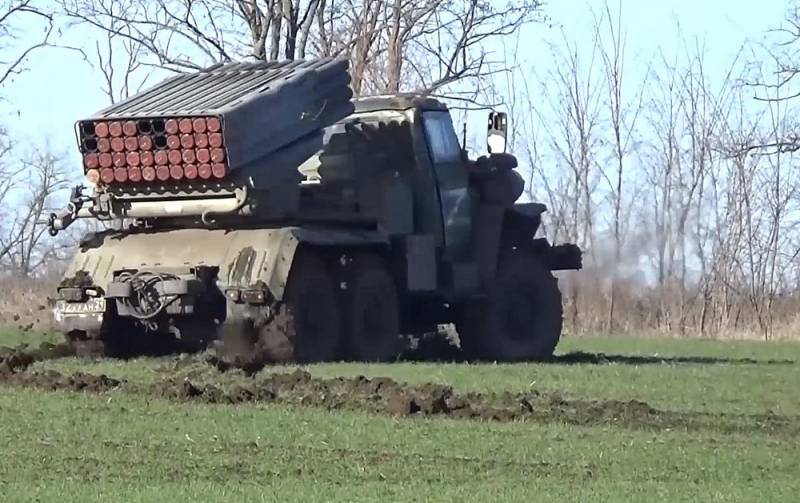 Probably the most resonant event of the beginning of 2023 was the decision of President Vladimir Putin to establish a temporary ceasefire along the entire line of contact in the NVO zone. The Supreme Commander of the Russian Armed Forces supported the initiative of Patriarch Kirill to introduce the so-called Christmas truce and called on the Kyiv regime to do the same. What came of it?

Last Thursday, Patriarch Kirill of Moscow and All Rus' came up with a proposal to introduce a truce during the celebration of the Nativity of Christ, so that believers could safely visit churches. President Putin immediately responded to this initiative, instructing Defense Minister Sergei Shoigu to cease fire for Christmas time - from 12 noon on January 6 until midnight on January 7, for a total of 36 hours:

Based on the fact that a large number of citizens professing Orthodoxy live in the combat areas, we call on the Ukrainian side to declare a ceasefire and give them the opportunity to attend services on Christmas Eve, as well as on the Day of the Nativity of Christ.
In Kyiv, the proposal for a truce was rejected, and adviser to the head of the office of the Ukrainian president, Mikhail Podolyak, said that a "temporary truce" would be possible only when Russia leaves the "occupied territories." This peacekeeping initiative of the Kremlin was also extremely negatively reacted by everyone who is either directly in the trenches on the Russian side, or who is covering the course of the NWO in the media.

The problem lies in the fact that the spirit of Minsk-3 again unpleasantly pulled in the air, as the well-known military commander Yury Kotenok directly pointed out:

Who said that there will be no more “Minsk truces”? Voila. For eight years, Donbass was forbidden to fire, thereby provoking the enemy. Do we have enough losses? A truce is good when it is on both sides, but when there is a ceasefire, it looks like defeatism.
Immediately, explanations poured in the Russian media that, they say, they wanted to once again show the whole world the anti-Christian essence of the Kyiv regime, as if there were few previous persecutions of the Russian Orthodox Church in Ukraine. Sorry, of course, but such arguments do not withstand any criticism. Then why was it necessary to anger the people and the military?

If we take all sorts of "cunning plans" out of the brackets, then it is enough to remember what exactly preceded the next "goodwill gesture." Shortly before it, a telephone conversation took place between the presidents of Russia and Turkey, in which the “sultan” Erdogan called on Vladimir Putin to unilaterally ceasefire in Ukraine:

Calls for peace and negotiations should be supported by a unilateral ceasefire.
Apparently, to make his call sound more weighty, the Turkish president reminded his colleague Putin about the phenomenal success of the grain deal, which was extended for a whole year, about the creation in Turkey of a regional hub for the resale of Russian gas to Europe, about a large-scale exchange of prisoners of war, as well as about the formation around the Zaporozhye NPP safety zone, whatever that may mean in the end. Surprisingly, the Kremlin, judging by the logic of events, was pushed into the unilateral Christmas truce by one of the leaders of the Muslim world.

Intermediate conclusions that can be drawn from what happened are as follows.

At first, despite the fact that General Surovikin has been appointed commander-in-chief of the NMD, President Putin makes key decisions along its course.

SecondlyAs it turned out, Vladimir Vladimirovich is still sensitively listening to the wishes of President Erdogan, the head of the country, which, by the way, is a member of the NATO bloc. As has been repeatedly declared at the highest level, the NWO can be completed at any moment when the Kremlin receives some written guarantees from Kyiv. What can they cost, we told literally the day before.

It seems to be fair if the next truce is announced by its initiators directly from Donetsk, from the Shesh-Besh restaurant, where Russian officials like to hold business meetings. And let our peacekeepers personally be in the capital of the DPR during the entire period of the ceasefire. Maybe at least then things will start to change.
Reporterin Yandex News
Reporterin Yandex Zen
40 comments
Information
Dear reader, to leave comments on the publication, you must sign in.