Trump is ready to use the army against refugees 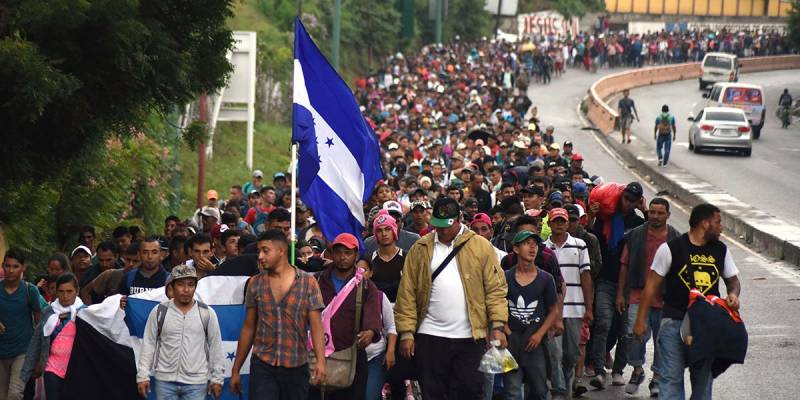 A caravan of illegal immigrants from Honduras, fleeing from poverty and along the way absorbing the same poor fellow from Guatemala, has about 10 thousand people and is gradually approaching the borders of the United States.

And it seems that Trump made a decision. Forget the democracy that the United States loves to talk about. The President of the United States wrote on his Twitter page that he would send the military to the border and the migrants would be stopped.

As follows from his early statements, the reason for this decision was that among the migrants from Honduras allegedly there are criminals and residents of the Middle East.

In this situation, any decision by Trump is bad.

Stopping refugees at the border, he discredits himself in the eyes of the European Union, which, to a large extent thanks to the pressure of the Americans, has let in millions of refugees.

And letting him in, he will provoke the anger of his own voters, whom he recently promised to build a wall on the border with Mexico.

Do not forget that if this caravan enters the United States, a chain reaction will begin, and others, no less numerous, will follow.

Summarizing, we can say that the refugees from Honduras with their appearance will prettyly spoil the image of the US president.
Ctrl Enter
Noticed oshЫbku Highlight text and press. Ctrl + Enter
We are
Migrant caravan has become a nightmare for trump
Russian Ministry of Defense: soon in the Central African Republic
Reporterin Yandex News
Read Reporterin Google News
Ad
We are open to cooperation with authors in the news and analytical departments. A prerequisite is the ability to quickly analyze the text and check the facts, to write concisely and interestingly on political and economic topics. We offer flexible working hours and regular payments. Please send your responses with examples of work to [email protected]
Information
Dear reader, to leave comments on the publication, you must sign in.