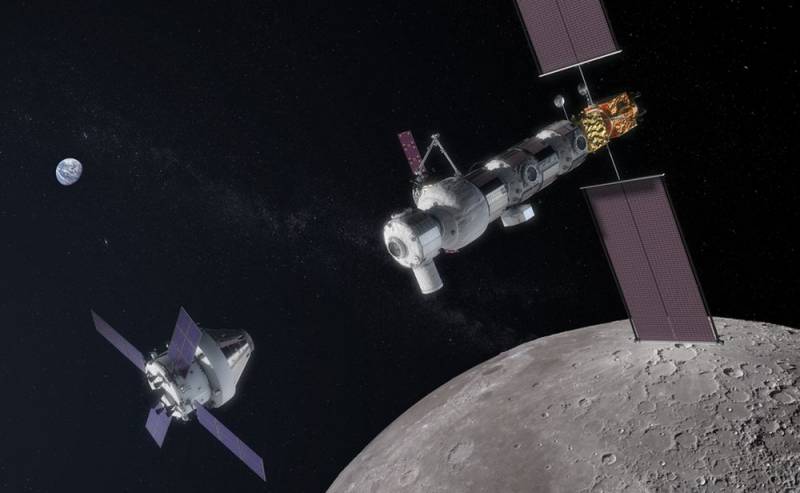 The second lunar race - the rivalry between the leading space powers in the XXI century in the exploration of the moon with an eye on its further development, is gaining momentum. The main contenders who had at the beginning of the 20s technology manned flights, only three: the USA, China and Russia. Moreover, a number of their geopolitical satellites are also on the side of the United States: Canada, the European Union and Japan.


The Russian lunar program is not a form of active competition. It is designed for the period 2021-2040 and includes three stages: "Sally", "Outpost" and "Base". Currently ongoing preparation only for the initial phase of the first stage - the launch in July 2023 of the automatic unmanned interplanetary station Luna-25 (formerly Luna-Glob), which has been under development since 2013. The device must work out landing technologies and conduct a study of the lunar surface in the region of the South Pole.

Therefore, the United States and China have the greatest chances to win the second lunar race, given the gigantic financial capabilities and ambitions of the parties. But which of them is more likely to win, we will now try to find out.

Recently, the head of NASA, Bill Nelson, said in an interview with Politico magazine that the United States has entered into a new space confrontation. This time from China.

It's a fact: we're in a space race. It is better for us to ensure that they (the Chinese comrades - Approx. ed.) do not stake out plots on the moon under the guise of scientific research
Nelson said.

He fears that the communists will again try to "conquer" the moon.

Stay away, we are here, this is our territory (Chinese - Approx. ed.)
- Nelson allowed the claims of the PRC.

Thus, a functionary from a country where charlatans almost officially sell plots on the moon to everyone who wants it, dared to accuse another state of something without evidence.

In fact, the fears of the Americans are due to the fact that they may not be lucky enough to “stake out” the Moon, despite the financial possibilities. In 20 years, the Chinese space program has made a giant technological leap forward. Beijing has caught up with Moscow and Washington. Now China plans not only to land a taikonaut (cosmonaut, astronaut) on the Moon in 2030, but also to start building a base. Now the Chinese are intensively studying the Earth's satellite with the help of their own automatic unmanned interplanetary stations, creating a manned spacecraft and a super-heavy launch vehicle CZ-9. This launch vehicle will become a "workhorse" in the process of exploring the Moon, everything will be carried on it. Given the clarity of the implementation of plans in China, there is a high probability that in 2030 we will again see a red flag flying on the moon, this time the Chinese one.

As for the United States and the above-mentioned partners of the Americans, they are developing the Artemis program. In the period from November 16 to December 11, 2022, the Artemis-1 mission was successfully carried out - an unmanned flight of the Orion spacecraft, launched into a lunar orbit by the Space Launch System launch vehicle and returned to Earth as part of the Artemis program.

The next Artemis-2 mission, the first manned flight of Orion (flying around the Moon), is scheduled for 2024. But the mission of Artemis-3 - landing astronauts on the moon in 2025, looks utopian. The thing is that the Americans and their partners do not have a descent vehicle and spacesuits. They are unlikely to appear in the next few years. Moreover, many elements of the program did not leave the limits of computers and did not even begin to be embodied. Therefore, even 2028 for the Artemis-3 mission looks overly optimistic, not to mention later missions.

At the same time, it should be taken into account that the Lunar Orbital Platform-Gateway should become the foundation for the exploration of the Moon by the United States and their partners. However, this international circumlunar station, which will be an intermediate link between the Earth and the Moon, is being created in Europe, which is experiencing a serious economic crisis and experiencing difficulties in development. In this regard, China may be ahead of the United States in the second lunar race, since its program does not depend on other countries and they take the timing more seriously.
Reporterin Yandex News
Reporterin Yandex Zen
15 comments
Information
Dear reader, to leave comments on the publication, you must sign in.