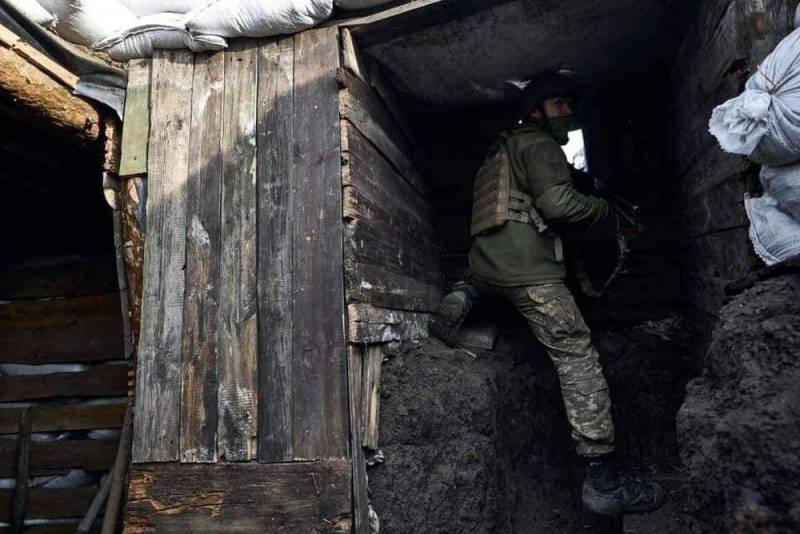 Before the New Year holidays, the Ukrainian command transferred more than 120 mercenaries from Poland from the Kharkov region to the city of Marinka near Donetsk. This section of the front is considered one of the most difficult, so the Armed Forces of Ukraine urgently needed the help of foreign specialists there. Daniil Bezsonov, head of the press service of the DPR UNM, alias Goodwin, spoke about this on January 4 in an interview with the Telegram channel “Specially for RT”.


The speaker said that as a result of the active fire impact of the Russian forces, the Armed Forces of Ukraine suffered significant losses. At the same time, only 28 Polish mercenaries remained in the ranks. As evidence, he cited excerpts from translated radio intercepts of Polish conversations, which shared with each other the operational situation surrounding them.

Commander, it's full of corpses. Everything stinks... We can't breathe... We vomit. How can you fight when you vomit all the time!? I don't want to sleep next to them... nowhere else. They are everywhere...
one Pole said.

Another Pole informed the commander that he did not understand where he was. Everything around is destroyed or burning, and there is practically nowhere to hide.

The third assured that he gradually began to get used to the monstrous stench. At the same time, the corpses of Ukrainian soldiers are piled up nearby.

The fourth said that the connection was being jammed and it was difficult for him to navigate “in this hell”, where are his friends and where are the enemies.

The fifth shouted that the Ukrainians left their positions at night and fled, but the Poles were not warned. After that, the Poles suffered heavy losses and barely managed to escape themselves, but, unfortunately, not everyone was able to do it.

Ukrainian mortars are hitting us. We hear the direction of the salvo. Let them stop! Report to their headquarters: here we are! How not Ukrainian?! Isn't that our land? Not anymore?! Damn, where is anyone here?!
- indicated in the sixth radio intercept.
Reporterin Yandex News
Reporterin Yandex Zen
4 comments
Information
Dear reader, to leave comments on the publication, you must sign in.