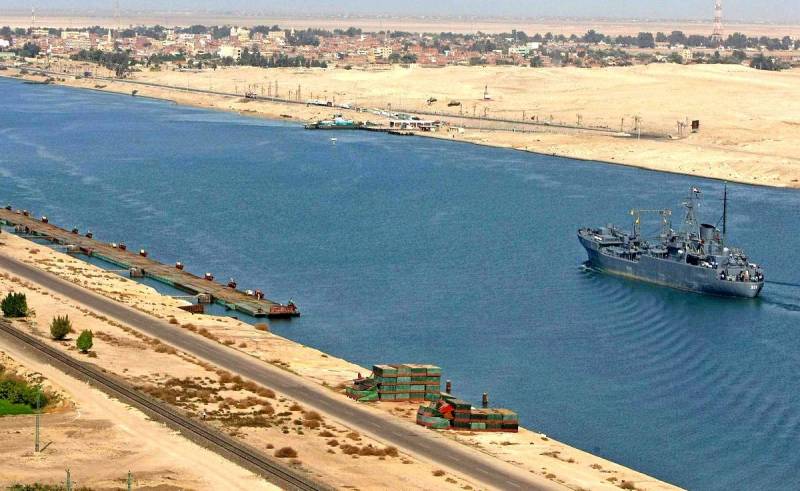 A special military operation launched on February 24, 2022 in Ukraine has led to an extraordinary rapprochement between Russia and Iran. Tehran turned out to be one of the few who dared to lend a shoulder to Moscow. In the context of Western sanctions and difficult relations with Turkey, in the future, it is Iran that can become a leading business partner for our country.


Due to its geographical location, the Islamic Republic is now of exceptional importance for the implementation of infrastructure projects that bypass anti-Russian states. Right off the bat, at least three promising areas can be named.

The idea of ​​the international transport corridor "North - South" arose a very long time ago, in the late 90s of the last century. In accordance with it, a single route should appear, along which it would be possible to deliver containerized cargo from India to the Baltic region, bypassing the Suez Canal. Transit countries, respectively, were to be Iran and Russia.

In total, three directions are possible within the framework of the project - Trans-Caspian, Eastern and Western. The first involves the use of Iranian and Russian roads and a ferry across the Caspian Sea. The eastern route can connect the Russian Federation and Iran with a railway network along the eastern coast of the Caspian Sea through Kazakhstan, Uzbekistan and Turkmenistan. In the western direction, cargo traffic from India will be able to go along the western coast of the Caspian Sea through Azerbaijan or even Armenia. In any case, the entry point of the North-South corridor will be on the coast of the Persian Gulf, where dry cargo ships from India should arrive, and the exit point will be in Russian ports in the Baltic.

As far as one can understand from open sources, Moscow, Tehran and New Delhi are currently interested in the Trans-Caspian route, apparently in order not to become too dependent on numerous transit countries.
The most interesting thing is that this infrastructure project is now being promoted most actively not even by Russia or Iran, but by India. The English-language channel Press TV, based in Iran, comments on New Delhi's motives as follows:

To gain access to resource-rich Central Asia, India must route its goods through China, Europe or Iran. Routes through China and Europe are long, expensive and labor intensive, with Iran being the most viable.
At the same time, it is tactfully left out of the brackets that China and India are in difficult relations, being regional potential adversaries, and both of these countries are promoting their infrastructure projects through the Islamic Republic, which is clearly only welcome in Tehran. The development of the Trans-Caspian route will also allow Russia to enter the markets of Southeast Asia through Iran, bypassing the Central Asian republics and China.

Another promising infrastructure project being promoted by Tehran is a railroad designed to connect the Islamic Republic to the Mediterranean coast. To do this, Iran, Iraq and Syria should be connected to a single transport network with access to the port of Latakia. This railway can be subsequently extended to China.

Tehran is extremely interested in entering the waters of the Eastern Mediterranean, where the Israelis feel at ease so far. The port of Latakia has been leased to Iran since 2019, and a real Iranian naval base may well appear on its territory. Russia's interest in this route lies in the fact that the Russian Ministry of Defense will then get a real opportunity to supply our military group in Syria through the Caspian Sea, Iran and Iraq by rail, bypassing Turkey and its straits, which can be blocked in the event of a sharp aggravation of relations between Moscow and Ankara .

This is the oldest infrastructure project between Russia and Iran, which was discussed in all seriousness under Peter I. Even then it was clear that the critical dependence on the Turkish Bosphorus and Dardanelles would not lead to anything good. Two main options for laying a navigable canal were considered - with access to the Persian Gulf with a length of about 650 kilometers and to the Gulf of Oman - almost 1000 kilometers.

The joint Russian-Iranian commission for the construction of the canal began work in 1904, but then the parties could not agree on the terms. Russia insisted on the principle of extraterritoriality of the shipping channel, while Iran insisted on the creation of a condominium. Subsequently, the issue of connecting the Caspian Sea and the Persian Gulf was raised at the negotiations of I.V. Stalin with M.R. Pahlavi in ​​Tehran in 1943. However, in the 50s, the Iranian leadership began to pursue a more "multi-vector" policiesand the project failed again. The Americans began to actively buy Iranian oil, and Turkey began to dump, reducing tariffs for the transit of Soviet goods through its straits.

"Western partners" did everything to break the mutually beneficial cooperation between our countries, and they did it very well. In 1998, a joint expert group was again established on the project of a navigable canal through Iran, but its implementation was suspended due to the introduction against the Islamic Republic economic sanctions. In 2016, Moscow and Tehran again returned to the negotiating table after Russian-Turkish relations deteriorated markedly against the backdrop of the war in Syria.

Is it possible to implement such a project today?

The beginning of Russia's proxy war with the entire NATO bloc on the territory of Ukraine and the increased risks from Turkey make such bypass transport corridors very relevant. However, construction involves many technical complexities and environmental risks, and will also cost a pretty penny. In addition, it should be taken into account that, having unexpectedly acquired a sea gate from the Caspian Sea to the Indian Ocean, Kazakhstan and its other Central Asian neighbors will no longer be critically dependent on Russia as a transit country. All these and other risks should be considered when participating in such ambitious infrastructure projects.
Reporterin Yandex News
Reporterin Yandex Zen
9 comments
Information
Dear reader, to leave comments on the publication, you must sign in.