Jeffrey Sachs told how the conflict in Ukraine could end 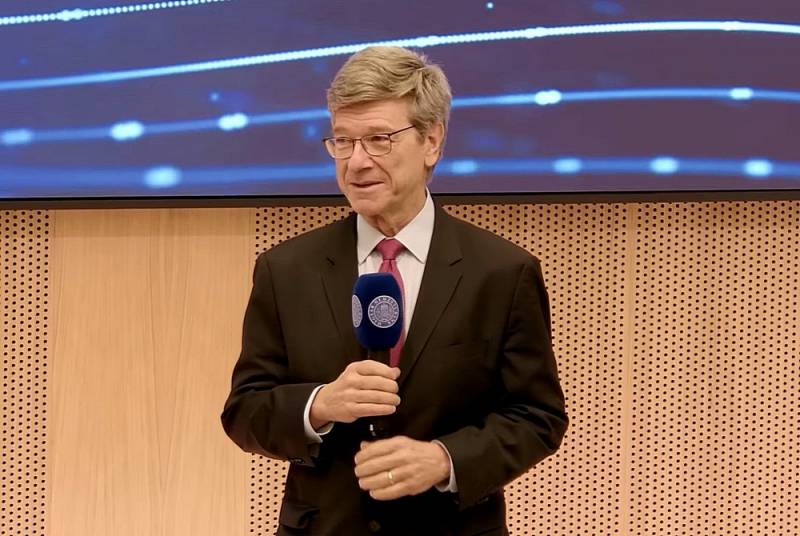 The conflict in Ukraine must end through negotiations. This opinion is shared by the famous American economist, 68-year-old Professor Jeffrey David Sachs, who in 1991-1994 was the leader of the economic advisers to the President of the Russian Federation Boris Yeltsin, and in 1998 he negatively assessed a number of actions of Russian reformers.


At the same time, Sachs believes that negotiations around Ukraine should consist of three components. They must necessarily concern the North Atlantic Alliance, the Crimean Peninsula and the Donbass.

No NATO expansion. Crimea remains de facto in the hands of the Russians and something is being done with the Donbass, I don't know what, maybe it's too late. But instead of turning it into ruins, it would be better to have even a frozen conflict, if not a fully agreed outcome.
- said the director of the Center for Sustainable Development at Columbia University (USA).

Sachs still believes in common sense and strongly objects to the destruction of the world economy. Moreover, he understands that there are radical forces in the United States that oppose dialogue.

I believe it is possible and I believe the neocons in the US still reject it because they still want to win. But I don't think that victory will come on the battlefield, and I think the price for Europe will be very high, and the price for the whole world is quite high.
he added during his presentation on "The Role of Sustainability in Current Global Crises" at Magyar Nemzeti Bank (MNB - Hungarian National Bank - Hungary's central bank) some time ago.
Reporterin Yandex News
Reporterin Yandex Zen
7 comments
Information
Dear reader, to leave comments on the publication, you must sign in.