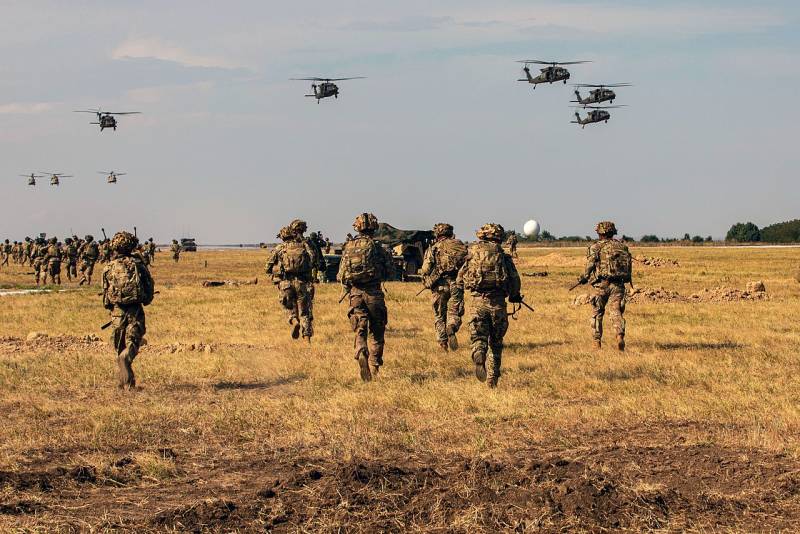 The Pentagon deployed 4000 soldiers from one of its elite divisions to the southeast of Romania. This is reported by The New York Times. At the Mihail Kogalniceanu air base, the US 101st Airborne Division will conduct a series of joint exercises with the Romanian military, and in the future will play the role of a deterrent against Russia.


As noted in the Pentagon, for the first time since the Second World War, the United States deployed an airborne division in Europe. Now it is the nearest unit of the American army to Russia. Previously, the Romanian air base was used only as a transit point for troops heading to Afghanistan.

The US military leadership expects that the presence of 4000 US soldiers close to the Ukrainian borders will have a deterrent effect on Moscow, as well as gain important coastal combat skills during the exercises.

The 101st Airborne Division will be able to effectively use the Black Sea for coastal defense training. This is a useful skill that will be in demand in the event of a possible Chinese aggression against the island of Taiwan.
- the publication quotes the statement of the representative of the US Democratic Party, Seth Moulton.

The newspaper's analysts are concerned only by the fact that only 7 minutes of a missile flight separates the base from the western coast of the Russian Crimea, which poses a threat to the American contingent.
Reporterin Yandex News
Reporterin Yandex Zen
2 comments
Information
Dear reader, to leave comments on the publication, you must sign in.