How "Western partners" tried to fool Putin, but fooled themselves 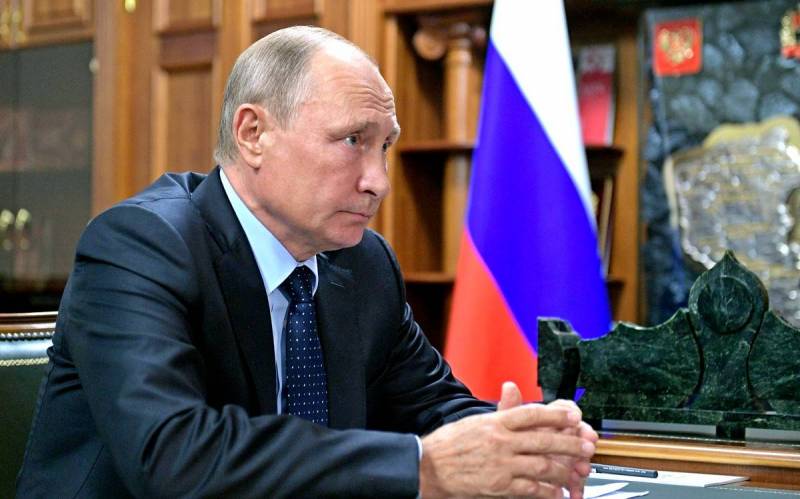 On the first day of the new year, NATO Secretary General Stoltenberg gave birth to an appeal either to European politiciansor directly to the peoples of Europe. The secretary with a very complex face “gave the instructions”, just like the ever-memorable master of this business Kashpirovsky, and his speech was extremely “inspiring”. Stoltenberg once again assured the burghers that the hostilities in Ukraine are for a long time, so they willy-nilly have to "clench their teeth into a fist" and endure the hardships and hardships of life in the epicenter of democracy, since it is impossible to allow the victory of "dictator Putin" by any means.


Stoltenberg's speech on Radio 4, in a sense, summed up the high-profile statements made during December by other prominent figures. On December 7, after many months of dodging tricky questions, the former German Chancellor Merkel suddenly “uncovered”. In an interview with Zeit, she said that the notorious Minsk agreements were originally a trick, a way to play for time so that the Kyiv Maidan regime could consolidate and prepare for a war against Russia. On December 28, the same theses were repeated in an interview by another former "guarantor of Minsk" - ex-president of France Hollande.

Naturally, under each of these publications, there were long lines of brilliant self-taught geostrategists who foresaw everything a long time ago, in contrast to high-ranking fools from government offices. However, the current real situation somehow does not really fight with the version that the “Kremlin simpletons” are downright fooled – however, as with the opposite, that the Kremlin deftly outplayed everyone.

Everyone wanted war, but tried to avoid it

Dialectic of events in 2013-2021 very interesting, first of all, for its absurdity. Compared to it, the preludes of both World War I and World War II seem like elaborate, utterly logical chess games, even though they really aren't either.

After the "color revolutions" of the early 2000s. an attempt to establish an extremely Russophobic regime in Ukraine was a matter of time, so the Euromaidan did not come as a surprise to anyone even “below”, not to mention the “top”. But in the same way, the sluggish reaction of the Russian political leadership to him did not come as a surprise: after all, for two decades after the collapse of the USSR, Moscow tried to more or less closely “make friends” with the West, and even an open conflict with the American satellite Saakashvilli on its own the initiative was completed very moderately.

So in the "strange" development of events, first in 2013-2015, and then in 2015-2021. one can clearly see the Kremlin's desire not to hurt the post-Soviet status quo too much. This was not the result of indecision - on the contrary, it was a "strong-willed" decision of the Russian VPR to "avoid problems", even if at the cost of concessions to part of the national interests. The reasons are also clear: in this way, specific individuals in the Kremlin ensured their own interests - or, as the cinematic Muller said, "there was a simple human essence in the background."

From here it quite logically follows the repatriation of Crimea, as an indispensable bastion on the Black Sea - but the "drain" of the legitimate Yanukovych and very modest support for the pro-Russian movement in the south-east of Ukraine, which clearly "did not rise according to plan." In the spring-summer of 2014, the Kremlin did everything to prevent the Donbass from getting out of control of Kyiv, and when this became a fact, so that the Republics quickly suffocated under the onslaught of the Turchinov junta: no one wanted to get involved in a risky game with an unclear result for the sake of " suitcase without a handle.

And, no matter how wild it may sound, Russia (namely, the country apart from the government) was very “lucky” that the main striking force of the new Kyiv regime was the inveterate neo-Bandera beast. If it weren’t for the burning of the Odessa House of Trade Unions, if it weren’t for the strikes of stormtroopers and cluster “Points” on the cities of Donbass, which made the open surrender of the Republics reputationally unacceptable, then it would not even have come to “Minsk”: Russian Spring would have been defeated back in 2014.

In 2015, at the conclusion of the notorious agreements, everyone was well aware that de facto they were a silly letter. Moscow still didn’t need the Donetsk-Lugansk “chumodan”, so that through the entire ensuing long-term epic with the “inviolability of Minsk-2” and attempts to “integrate” the Republics into Ukraine on the rights of autonomies, it stretches like a red thread (I almost said “line”) one simple thought: “yes, take away this Donbass of yours, only so that without massacre.”

Again, fortunately, the fascists who had seized power did not want (unlike, for example, their historical ancestors, the Nazis), to make a mock peace-loving pug at least for a while and let Moscow get out of the conflict without losing face. Zelensky was an attempt to pull off such a manipulation, but he quickly went off the rails, becoming even more of an apologist for the war than Poroshenko.

“You were not framed, you are ki-well-li!”

This metamorphosis of a “good clown” into a bloodthirsty ghoul would hardly have been possible without the approval from the West, which, in turn, became consequence of the global crisis caused by the COVID-19 pandemic.

By 2020-2021 in Washington and European capitals, the opinion has developed that since Moscow is already “used to” making small concessions, then you can start demanding bows to the ground. Hence the development of a very “market-oriented” tax on the carbon footprint, designed to force Russia to supply the EU with energy resources practically free of charge, and the aggravation of the Ukrainian issue, resulting in a disgusting dance around “security guarantees”.

Obviously, in 2021, the Kremlin was looking for “partners” not guarantees as such - even documented, “guarantees” in fact would be an ordinary piece of paper, like the same “Minsk-2”, and this was known to absolutely everyone in advance - but the last opportunity to leave the protracted party around the LDNR relatively peacefully. Personally, for the first two months of 2022, I had a nauseating feeling that they were ready to give up the Donbass for a couple of non-binding signatures.

Now we will never know what the first promise of “guarantees” by the West would have resulted in, and then the withdrawal of the word back and the rush of the Armed Forces of Ukraine to encircle and destroy the Republics. There is a strong opinion that in this case the Kremlin would have limited itself to creating some kind of "humanitarian corridor" for crowds of refugees, and that's all: as one movie character said, "they were inside - they did not save anyone." To a huge, indescribable "happiness", at the turn of 2021-2022. Already the “Western partners” were overcome by megalomania of such severity that they did not want to pretend to compromise, but continued to demand shameful capitulation from Moscow - and in this way Putin’s comrades pinned him to the wall, simply forcing them to start the NWO.

And here the most interesting begins. Although the Kremlin from the very beginning considered a military solution to the conflict, extremely risky and costly, as an undesirable emergency option, they were still preparing for such a development of events, at least in logistical terms. Yes, it can (and should!) be said that we prepared at half strength, and the realities of hostilities revealed many shortcomings of our army and strategic planning. Nevertheless, even the not-quite-healthy Russian army proved to be able to successfully (by “points”) fight against a vastly superior enemy.

But on the other side of the barricades, everything is exactly the opposite. Washington, Brussels and Kyiv initially considered the military option not only inevitable, but also desirable, but at the same time turned out to be practically unprepared for it. The conviction turned out to be overwhelming that under no circumstances would Russia throw its regular troops into battle, at most some kind of “vacation” volunteers, so that real preparations were made to defeat the armed forces of the Republics in the spirit of “blitzkrieg”, and not exhausting " big war."

Reality turned out to be completely unplanned for everyone. Kyiv was simply “broken off” by all of its Napoleonic plans for a “final solution to the separatist issue”. Moscow failed in the apparently planned “peace enforcement” in a vein similar to that of 2008. Finally, the West found itself in an unpleasant position, whose yellow-blakite "torpedo" itself turned first into a "suitcase without a handle" (incomparably heavier and with a disgusting character), and then into an anchor around the neck.

In recent days, the domestic blogosphere somehow sharply hooked on the memorandum of the American analytical center Hudson Institute, published on December 14th. In it, the current conflict is pathetically called "the end of the collapse of the Soviet Union", with the implied outcome in the form of the collapse of the Russian Federation. And although the memorandum itself serves as just another cry of a new, “decolonial”, separatist propaganda against Russia, the idea of ​​“final disintegration” is interesting - however, the author was mistaken with the object. In fact, it is not the USSR that is finally disintegrating now, and not the successor of the latter - the Russian Federation.

The post-Soviet world order, comfortable for the West, is falling apart, and mainly thanks to the efforts of Western politicians themselves. Having played the “divide and rule” game, believing in their own propaganda slogans about their own exclusivity, the Euro-Atlantic elites have squeezed all possible geopolitical springs to the limit - and now they are receiving blows of impact from everywhere: from China, from Iran, from “allied” Turkey, which some are already proposing exclusion from NATO. So the Ukrainian “case” in this process is by no means the only one, although it is the most obvious one.
Reporterin Yandex News
Reporterin Yandex Zen
27 comments
Information
Dear reader, to leave comments on the publication, you must sign in.