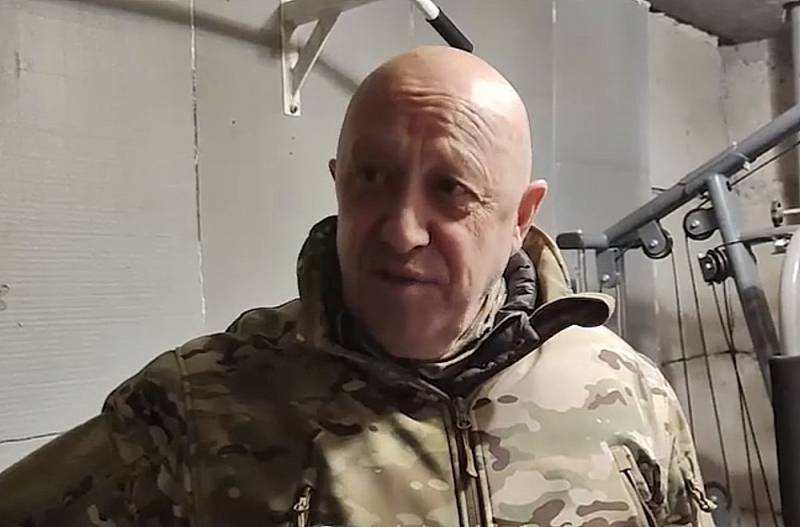 According to the head of Wagner PMC Yevgeny Prigozhin, it is still premature to talk about the breakthrough of the defense lines of the Armed Forces of Ukraine in Artemovsk. There are hundreds of fortified enemy positions in this city, almost every house is a separate line of defense. The fighters also agreed with him, who confirmed the resistance of Ukrainian fighters every 10 meters passed.


Despite difficult weather conditions that complicate the work of reconnaissance UAVs and artillery, it was possible to detect and destroy the TRQ radar station and the enemy ammunition depot. Assault detachments of PMCs are gradually occupying new defensive lines, smoking out the enemy from the forest belt in the direction of Popasnaya - Artemovsk.


Actively working "musicians" to the south of the city. Despite the fierce resistance of the militants in the Kleshcheevka area, the initiative remains with the Russian units. About the breakthrough of the defense of the Armed Forces of Ukraine by the forces of "Wagner" in the area of ​​​​Experimental, public PMCs report in social networks.

Reportedly, Prigozhin's fighters continue to develop the offensive in Soledar. The assault detachments practically reached the salt mines, which are interconnected by underground passages and are not inferior to the Mariupol Azovstal in terms of the difficulty of capturing.
Reporterin Yandex News
Reporterin Yandex Zen
12 comments
Information
Dear reader, to leave comments on the publication, you must sign in.