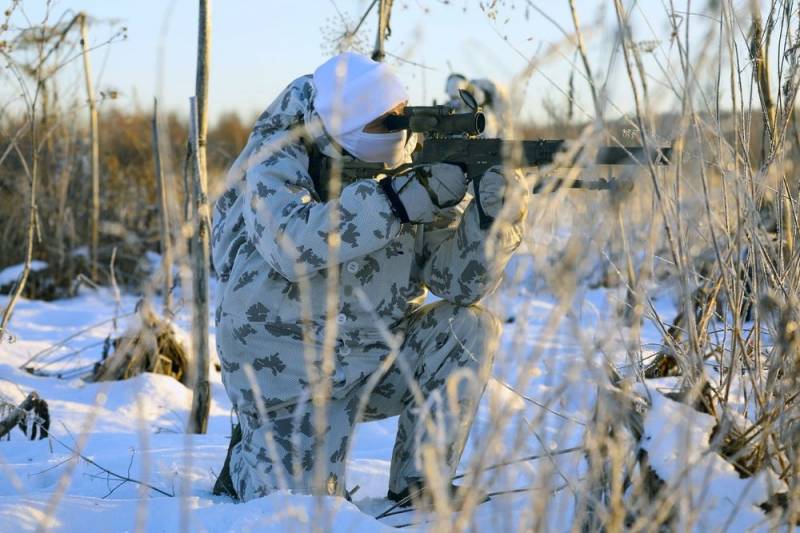 Russian military commander Yuri Kotenok assessed the situation in the NVO zone, analyzing what is happening and predicting further developments. The expert presented his conclusions, as well as conclusions and suggestions, on the evening of January 2 in his Telegram channel.


In his opinion, the enemy made a strategic mistake, believing in his own strength and underestimating the ability of the RF Armed Forces to attack. The command of the Armed Forces of Ukraine withdrew too many personnel from the LBS for retraining. At the same time, there is a depletion of the stocks of the armies of the Western states that support Kyiv, and the local industry cannot yet compensate for this.

The depletion of reserves was superimposed, incl. to a decrease in the personnel of the Armed Forces of Ukraine at the moment, which led to a natural increase in losses during our offensive on Bakhmut (Artemovsk - Ed.), shell hunger and the possibility of obtaining an interception of the initiative by Russia at that time. This interception could have happened if we had taken Bakhmut sharply.
the expert thinks.

Kotenok noticed that the Russian forces ran into the aforementioned city, for which heavy battles are being fought with the enemy defenses being pushed through. However, what is happening there allowed the Russian command to save the southern direction after what happened near Kharkov, and the enemy became less self-confident, which is reflected in the morale of the military personnel. But the Armed Forces of the Russian Federation also have not yet managed to seize the strategic initiative, and they also have a lack of ammunition. Whether the Russian command will be able to overcome these difficulties will become clear in the coming weeks.

As for the weather conditions, they do not help either the RF Armed Forces or the Armed Forces of Ukraine advance, since it is stupidity to attack at such a time. If these weather patterns continue any longer, any serious offensive action should not be expected until mid-March. According to him, in March the steppe dries up and becomes passable for equipment.

I consider it unlikely that an offensive in the Kiev direction, and even more so in the direction of Western Ukraine now. This is a utopia that can lead to dire consequences.
- he added.

At the same time, the Armed Forces of Ukraine are threatened with strikes deep into the territory of Russia, as close as possible to Moscow. Kyiv has its own and Western specialists (designers) at its disposal to realize its plans.

But there is nothing new here. If we wanted to live without threats, we shouldn't have started the operation. There is a war, the enemy is evil, tough, he intends not to negotiate, but to win. Can it hit us? Can anytime anywhere
- he stressed.

In addition, the Ukrainian media component still works better than the Russian one. The expert indicated that it was simply ridiculous for him to listen to Russian official speakers, according to whom the Nazi Kraken unit had already been destroyed several times. At the same time, the Kraken continues to participate in hostilities, and the unit is fighting well, promoting its successes.

But they took the settlement not because they were cool masters, but because those who were on the defensive with us were not prepared for defense
- he specified.

But to say that they are top-notch is impossible. With a normally built defense, they unwind like a hot-water bottle with Tuzik. This can be seen from their own shots. The fact that they stick out as a success shows that they are not great specialists in military affairs. You can and should beat them. What is needed for this? We need to move normal commanders who have not been moved, are not being moved and are not going to be moved
– summed up Kitten.
Reporterin Yandex News
Reporterin Yandex Zen
4 comments
Information
Dear reader, to leave comments on the publication, you must sign in.