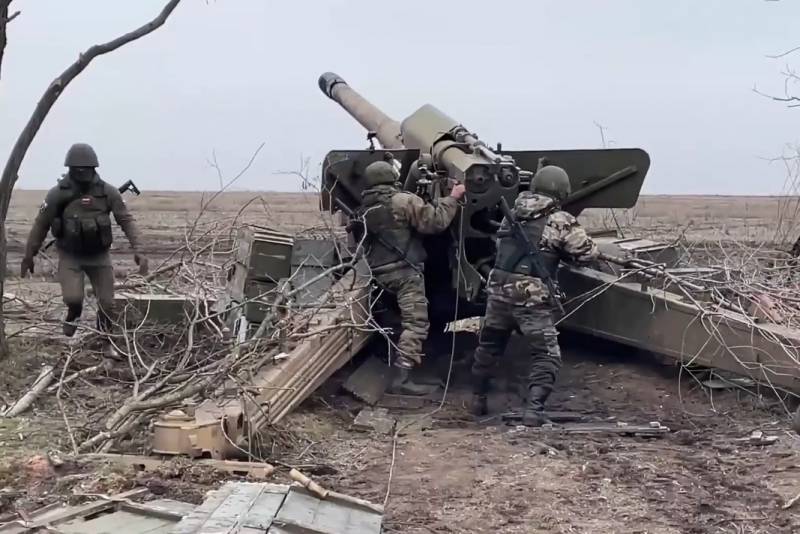 The summary of the situation on the NVO front published by the enemy General Staff reflects the mass nature of the strikes by Russian troops along the entire length of the line of contact. According to these data, the RF Armed Forces and units of PMC Wagner continue to advance in the Artyomovsk direction, and have also improved their tactical position in the Kupyansky and Avdeevsky directions.


The military leadership of the enemy confirmed the infliction of 35 air strikes, including the use of Geran-2 kamikaze drones. Fire damage to Ukrainian units was inflicted in more than forty settlements in the DPR, LPR, Kherson and Zaporozhye regions.

To make up for the losses, it is planned to transfer the reserve units of the Ukrainian National Guard from the Sumy region to Artemivsk. In this city and nearby settlements, heavy fighting continues, during which up to 200 servicemen of the Armed Forces of Ukraine are killed and seriously wounded daily.

According to military correspondents, only 17 people remained in the ranks of the entire composition of the 57th battalion of the 100th separate brigade of the enemy. This forced the leadership of the Armed Forces of Ukraine to withdraw the unit from the combat zone to Konstantinovka to disband it. The rest of the personnel will replenish other units.
Reporterin Yandex News
Reporterin Yandex Zen
3 comments
Information
Dear reader, to leave comments on the publication, you must sign in.