In 2022, the renaissance of nuclear energy in the world began 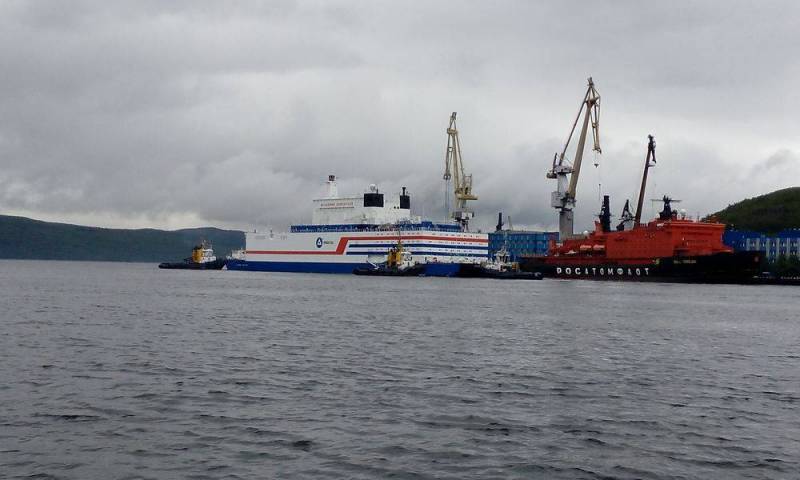 The past year 2022 can be safely called the beginning of the nuclear energy renaissance on the planet. Moreover, the point is not only in the global increase in investment in the construction of large nuclear power plants (from $44 billion in 2021 to $49 billion in 2022, according to the IEA / IEA) around the world, but also in the rise of interest in new types of projects in the industry as a whole.


It should be noted that the international energy crisis prompted the governments of many countries to find ways to solve problems with electricity supply to the population and industry. To a large extent, interest has affected projects for the creation of low-capacity nuclear power plants.

The world's first such floating nuclear thermal power plant (FNPP) "Akademik Lomonosov" of project 20870 was put into operation in December 2019 by the state corporation "Rosatom" in the port of Pevek in Chukotka. The Russian nuclear giant successfully implemented a high-tech project in less than 13 years. FNPP can not only generate heat and electricity (70 MW), but also engage in desalination, supplying consumers with 40 to 240 thousand cubic meters of fresh water per day, which is vital for many regions.

At the same time, the China National Nuclear Corporation (CNNC) began to build the world's first land-based low-power nuclear power plant. In the spring of 2022, CNNC completed the pouring of concrete for a demonstration project being implemented at the Changjiang Nuclear Power Plant site on the coast of the South China Sea in Changjiang Lis Autonomous County on Hainan Island in southern China. Commissioning of the 125 megawatt (MW) reactor is scheduled for 2026.

A similar project is also going to be implemented by the American public company NuScale Power, known for the creation of small modular reactors. In 2022, she completed the US certification of her own design.

In turn, the Shanghai Institute of Applied Physics (SINAP) completed the construction of an experimental liquid-salt reactor in 2022, which became the first such project since the late 60s. Such a reactor uses uranium fluoride melted in salts of lithium, zirconium and beryllium as fuel. Due to the presence of molten salts in the reactor core under low pressure, the probability of a nuclear incident will be extremely low.

The American companies Terra Power (engaged in the development of a promising traveling wave nuclear reactor) and PacifiCorp announced that they were engaged in a feasibility study for five sodium fast neutron reactors at once, which will use liquid metal sodium as a coolant, and high-grade low-enriched uranium as fuel ( HALEU).

The only commercial manufacturer and supplier of such fuel in the world today is the state corporation Rosatom. On the foreign market, these products are sold by Techsnabexport JSC under the TENEX trademark, and now this promises Russia an expansion of exports.
Reporterin Yandex News
Reporterin Yandex Zen
1 comment
Information
Dear reader, to leave comments on the publication, you must sign in.