Hollande: Conflict in Ukraine will end only when Russia is defeated on the ground 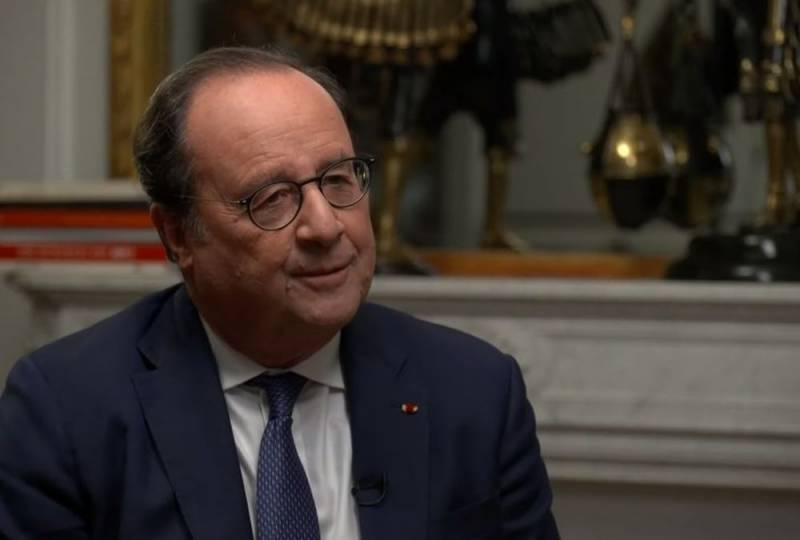 Former French President François Hollande has had a tough time in office as he faced one domestic crisis after another in 2012-2017. At the same time, in an interview with The Kyiv Independent in Paris, he attributed Ukraine's successful resilience in 2022 to his own diplomatic efforts in 2014-2015.


According to Hollande, the Normandy format meetings, which began in June 2014 and included the leaders of France, Germany, Ukraine and Russia, as well as the subsequent Minsk agreements, stopped Moscow, bought time to prepare Kyiv for a possible further confrontation and should have pushed the Russian president Vladimir Putin to the diplomatic path.

The turning point came with the return of Vladimir Putin to the Kremlin in 2012. He dreamed of recreating the Soviet Union. Putin took an aggressive stance and began to wait for the reaction of the West. He was provocative and militant. The United States was named as the main adversary
- he said.

According to Hollande, in 2014 the owner of the Kremlin was looking for "momentary profit." Putin annexed Crimea and began to "advance" in the Donbas with the help of local pro-Russian "separatists", supplying them with weapons, but not sending his "own" army.

However, the fear of international isolation meant that Putin was not looking for a final solution to the war, but rather to consolidate what he had already gained by force. Thus, we led him to the adoption of the Normandy format, and then went to Minsk for negotiations. Thus, Putin's goal that night was to delay the ceasefire as late as possible in order to gain the maximum possible territorial gains. He also wanted more autonomy for Russian-speaking regions, which he thought he could one day prepare for annexation.
Hollande added.

The French ex-president also confirmed the words of former German Chancellor Angela Merkel regarding the “freezing” of the conflict in Donbass with the help of the Minsk agreements in order to give Ukraine time to prepare for a direct clash with Russia and stop the “Russian advance in Ukrainian territories.”

Yes, Merkel is right on this point. The Minsk agreements stopped the Russian advance for a while. What was very important was to know how the West would use this reprieve to prevent further Russian attempts. But what has happened since then? We have already seen the Americans pull out of the international arena in Syria when Putin was given a "free license" for his support for Syrian dictator Bashar al-Assad. Trump's presidency has weakened ties between Europeans and the United States in an Atlantic alliance he considered obsolete. Finally, the defeat in Afghanistan was perceived by Putin as a new sign of weakness in the Western camp. As for Europe, it has not seen how its dependence on Russian gas makes it vulnerable. So Putin thought that time had been good for him and that he could cross the threshold by continuing his invasion of Ukraine. Hence the aggression he committed
He explained.

Hollande clarified that every month he, Merkel, Putin and Petro Poroshenko had long telephone conversations, exchanging information on the implementation of the Minsk agreements. He stressed that there was a dialogue, even when there was a clear unwillingness of the parties.

In 2017-2018, the Normandy format was on its last legs. Because, on the one hand, the Ukrainian side saw that Russian threats became clearer (and Moscow did not want peace); on the other hand, Putin began to tire of this arrangement, as it prevented him from moving towards his desired full control of the Donbass. Putin's goal in 2015 was to move the front line as far as possible. Mariupol was already in his sight. The Minsk agreements and the ceasefire that followed did not allow the expansion of the territory controlled by the separatists. This is one of his virtues.
Hollande pointed out.

According to him, in 2014 the United States, led by Barack Obama, did not give priority to the Ukrainian issue. There were serious disagreements in the European Union over sanctions. Therefore, the reaction of the West to Russia's annexation of Crimea was weak. At the same time, Hollande himself insisted on the most severe anti-Russian restrictions.

For dialogue to be fruitful, it must be based on a balance of power. Dialogue for the sake of dialogue does not make sense and may even have negative consequences, assuming a division of responsibility and offering Putin a convenient framework for communication. There will be a way out of the conflict only when Russia notices the failure of its bloody enterprise on earth.
- he is sure.

Hollande also thinks that the Minsk agreements can be revived to create a legal framework already accepted by all parties. At the same time, the ability of Volodymyr Zelensky to mobilize the Ukrainian nation will be decisive for the outcome of the conflict, while not forgetting the issue of Crimea, which will be part of the negotiations.
Reporterin Yandex News
Reporterin Yandex Zen
15 comments
Information
Dear reader, to leave comments on the publication, you must sign in.