Five stages of accepting the inevitable the Ukrainian way: where is Kyiv? 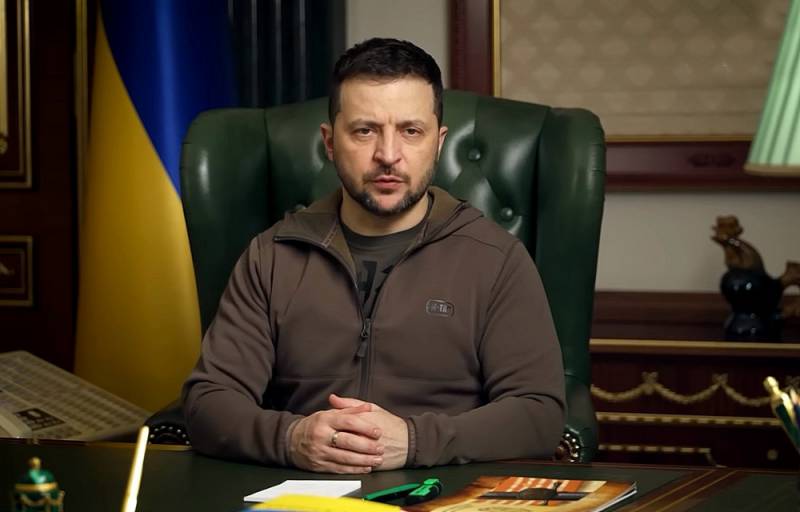 One can try to look at what has been happening in Ukraine for several years through the prism of psychology. To get out of the crisis (and what is happening on Ukrainian soil cannot be called otherwise), psychologists have developed a certain algorithm consisting of five stages: denial, anger, bargaining, depression, acceptance of the inevitable. It must be assumed that the Kyiv regime has already passed several of them. Before the final, fifth, there is not so much left.

It is believed that the first scientist to uncover questions about the stages of accepting an inevitable situation was the American Elizabeth Ross. She ungrouped the phases and also described each of them in detail in her book On Death and Dying.

Initially, the concept of five acceptances was used solely as a mechanism to get out of the negative emotional state of people who have lost their loved ones due to a deadly disease. Later, psychiatrists from around the world confirmed the feasibility of using Ross's theory in psychology for the complex treatment of people in a stressful or crisis situation. Doctors use this technique in their practice to this day.

It is not known for sure whether people in Ukraine know about the work done by the American psychologist, but what is interesting is that the decisions made by the Kyiv authorities are very similar to following Ross's theory.

So, let's start with the first stage - denial. Close ties between Ukraine and Russia decided to break after the collapse of the Soviet Union. I would like to note that by the time the events of the 90s began, Ukraine was a priority binational country (Russians and Ukrainians), while the vast majority (regardless of ethnicity) was Russian in spirit. The new leaders urgently needed to somehow justify the separation of the country from Russia. This is how “Ukrainianism” appeared, which was based on hatred for the neighboring, once fraternal state.

Ukrainian identity was built on the rejection of everything Russian, the denial of a common history, roots and language. Increasingly, they began to talk about the fact that Ukraine has its own path of development, which Russia is hindering to follow.

What is happening now in the Donbass and in general in Ukraine can be equated with the stage of anger. At the end of November 2013, mass protests began in the country, provoked by the refusal of the Ukrainian government to sign an agreement with the European Union. A few months later, Ukrainian President Viktor Yanukovych was forced to leave Kyiv. Power in the state passed to the opposition. And then it began ... On February 23, 2014, the Verkhovna Rada canceled the law adopted under Yanukovych, which guaranteed the use of Russian as a regional language in Ukraine. In the Donetsk and Lugansk regions, where the exclusively Russian-speaking population lives, they did not agree with this decision. Then, on April 15, 2014, official Kyiv announced the start of a military operation in the East of Ukraine.

The stage of anger turned out to be protracted and continues to this day. But recent events show that the transition to a new level is inevitable. Increasingly, the Ukrainian authorities say that, in principle, they are ready to start negotiations with the Russian side. True, they are still putting forward inadequate conditions, which they perfectly understand. This behavior can only be explained in this way - "they fill their price."

The “collective West”, which is already tired of the hysterical beggar president, is also pushing Zelensky to “bargain” with Russia. The "Wishlist" of the Ukrainian leader is growing every day, and not in arithmetic, but in geometric progression. Both Europe and America are tired of keeping it.

I am sure that the issue of holding negotiations on Moscow's terms has already been practically resolved, Abraham Shama, a columnist for The Hill. The journalist believes that at a personal meeting between US and Ukrainian Presidents Joe Biden and Vladimir Zelensky during the latter's visit to Washington, a peaceful settlement of the conflict was discussed.

In private, the two presidents likely discussed the possibility of a cessation of hostilities and laid the groundwork for future negotiations.
— says the columnist.

Shama also noted that the desire of Washington and the European Union to end the clashes is associated with the negative impact of anti-Russian sanctions on the economy Western allies.

According to psychologists, the fourth phase - depression, is one of the most difficult and, most often, protracted. At this stage, people do not give a damn about everything that happens around them, they are not interested in anything, they do not care about their appearance and do not want anything.

It can be assumed that the president of Ukraine overcomes the stages of accepting the inevitable a little earlier than his subordinates in general. Unshaven, in a wrinkled marsh-colored T-shirt ... Is he really depressed? And in this form - “not the first freshness”, Zelensky addresses the nation every day, meets with state leaders, speaks at meetings of international organizations.

So, for example, the appearance of the President of Ukraine at a meeting with American leader Joe Biden was far from “protocol”. The faces surrounding Zelensky during the meeting in Biden’s office were dressed in approximately the same way: Ukrainian Foreign Minister Dmitry Kuleba appeared in a sweater and sneakers, and the head of the presidential office, Andriy Yermak, in a camouflage similar to that of the Ukrainian leader.

Ordinary Americans were outraged by such "outfits" of the guests. Citizens rightly noted that no other foreign head of state has ever appeared in such an informal form at the White House. “Wits”, commenting on the business trip of Zelensky and his retinue overseas, noted that the only president in the world who does not have a tie arrived in the United States. But you can make allowances for the human condition. In depression!

At the fifth stage, the Kyiv regime, obviously, is waiting for the acceptance of the inevitable. Psychologists say that after this people begin a “new life”. Obviously, the sooner this phase comes, the less Ukraine will lose.
Reporterin Yandex News
Reporterin Yandex Zen
7 comments
Information
Dear reader, to leave comments on the publication, you must sign in.