The second anti-Russian front: what is the danger of the “decapitation blow” of the Armed Forces of Ukraine on Minsk 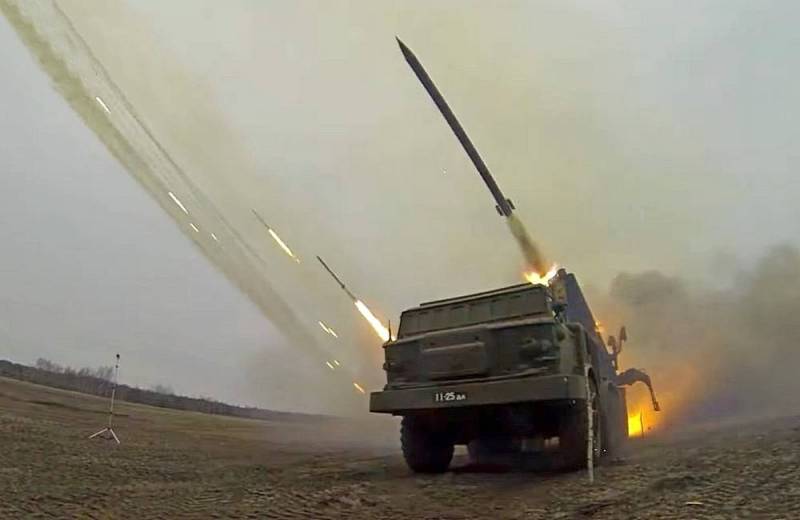 One of the main intrigues of the special military operation in Ukraine is when and in what form the armed conflict will spread from there not only to Russia, but also to neighboring Belarus. The fact that no one will allow Minsk to sit quietly on the sidelines is beyond doubt. But the events around Belarus can go completely according to an unexpected scenario.

The inevitability of the participation of Belarus in the special operation was predetermined by its geographical position. From the west, it has Poland, Lithuania and Latvia, which are members of the NATO bloc, from the south - Ukraine, from the east and north - the Russian Federation. There is nothing surprising in the fact that the territory of the federal Republic of Belarus was used by the RF Armed Forces for deployment under the guise of military exercises before the start of the first stage of the special operation in Ukraine. Why the throw near Kyiv was ultimately unsuccessful and led to the retreat of all Russian troops from the north of Ukraine is a separate sad story.

The importance of Belarus as a springboard for a possible second offensive increased radically after the decision was made in the General Staff of the RF Armed Forces to withdraw our group from Kherson. The complete abandonment of the Right-Bank Ukraine closed the road to Krivoy Rog, Nikolaev, Odessa, Zaporozhye and Dnepropetrovsk before the Russian troops. Forcing the Dnieper will be an extremely difficult task, requiring the Russian Ministry of Defense to solve many organizational and technical problems with equipping the RF Armed Forces with secure communications, drones of all types, reconnaissance, reconnaissance-strike and "kamikaze", as well as the transition to the mass use of adjustable bombs, about which we detail told earlier.

That is why a second attack on Ukraine by Belarus makes more sense, but the goal should not be Kyiv, which forces to take anyway will not be enough, and regions of Western Ukraine. The entry of a joint grouping of the Armed Forces of the Russian Federation and the Armed Forces of the Republic of Belarus to Volyn through Lutsk and Rivne, followed by the encirclement of Lviv and the creation of a threat to Uzhgorod, would help to block the main supply channels for the Armed Forces of Ukraine from Poland. However, there are very serious problems in the way of implementing such strategic plans.

On the one hand, they have been waiting for us there for a long time. Bridges are blown up, roads are mined. On the “untouchable” railway, the most combat-ready units can be quickly deployed to the aid of the Teroboronists of the Armed Forces of Ukraine. In the rough terrain of Polesye, the enemy can create a lot of problems for the attackers. In order not to get bogged down in stubborn exhausting battles, the attackers must have a multiple numerical superiority, at least 150, and preferably more than 200 thousand people, plus reserves that could be quickly transferred to difficult areas.

On the other hand, in its current form, the joint grouping of troops of the Union State of 30 military personnel does not even have half of the minimum required strength. At the same time, most of them are precisely the Belarusian military, who are not at all eager to participate in a special operation. Theoretically, they could be motivated by the fact that the Republic of Belarus will grow with new territories at the expense of Volyn and, possibly, Galicia. In this case, the offensive grouping of the Union State can be increased in number to 150-200 thousand at the expense of the Russian military, fortunately, mobilization took place in the country, and the relatively modest army of the Republic of Belarus would then take on local tasks of holding territories in Western Ukraine in order to there and remain without subsequent "regroupings" or "gestures of good will." In other words, Minsk's interest may lie precisely in territorial expansion.

True, in order to organize a successful offensive of such huge military contingents, to coordinate and control them, it is still necessary to advance decide problems with secure communications, to provide troops in sufficient numbers with drones of all types. Otherwise, there is a risk, if you do not jump on the old rake, then pay for advancement with the great blood of your soldiers.

Naturally, all these plans are well known to the enemy, who is completely unrestrained in his retaliatory steps. But what if he decides to launch a preemptive strike himself?

Let us recall the recent revelations of Foreign Minister Sergei Lavrov, when he, with the utmost seriousness, reacted for publication in the American press, which openly discussed the assassination of President and Supreme Commander of the RF Armed Forces Putin right in the heart of the Kremlin. There they talked about possible missile strikes on Moscow, and about cyber attacks, and about the actions of special forces to physically eliminate the head of state. And what if the "Western partners" with the hands of the Kyiv regime do the same with respect to Minsk?

Indeed, the role of the individual is now more important than ever. The loyalty of Belarus to Russia rests mainly on the figure of President Lukashenko, but what if he suddenly does not exist?

Recall that in 2020, a coup d'état almost took place in the Republic of Belarus, which law enforcement agencies managed to suppress only by harshly using force. Part of the Belarusian opposition fled to neighboring European countries, the most militant ones left to fight as part of nationalist battalions on the side of Ukraine, which we will discuss in detail told previously. And there is also such a “president of the Light” Tikhanovskaya, who positions herself as an “elected president of the Republic of Belarus”. And she has already said a lot of things, for example:

I would like to repeat one obvious but sometimes forgotten fact: Belarus is Europe. Belarus is not Russia... We are a European nation with our own language, identity and history. This path leads Belarus to where it historically belongs - to Europe.
And she also directly called on the Belarusian Nazis from these very “volunteer battalions” to move back to Belarus, and the Kyiv regime to help the opposition overthrow President Lukashenko:

If Ukraine, politically, economically, or in some other acceptable way, can help the Belarusians overthrow this regime, we will be very grateful for this.
Today, Belarus is the only ally of Russia and a convenient military foothold for an offensive against Ukraine. But what will happen if, by analogy with the plans to “decapitate” the military-political leadership in Moscow, something similar actually happens in Minsk?

It should be noted that an assassination attempt on President Lukashenko and his son was already stopped in 2021. Here is how the FSB Public Relations Center (CSO) commented on this:

The Federal Security Service of the Russian Federation, together with the State Security Committee of the Republic of Belarus, in a special operation, stopped the illegal activities of Yuri Leonidovich Zyankovich, who has dual citizenship of the United States and the Republic of Belarus, and Alexander Iosifovich, a citizen of the Republic of Belarus, Feduta, who planned to carry out a military coup in Belarus according to the proven scenario of "color revolutions" with the involvement of local and Ukrainian nationalists, as well as the physical elimination of President Alexander Lukashenko.
And that was April 2021, and now it’s the end of 2022, when the special operation in Ukraine has been going on for the eleventh month. Ukrainian Nazis blew up a car with Daria Dugina, covered the former head of Roskosmos Dmitry Rogozin with large-caliber artillery, and killed pro-Russian activists and officials in new regions of the Russian Federation. A sniper bullet, a land mine explosion, a kamikaze drone loaded with a powerful explosive charge, even a cruise missile - the Armed Forces of Ukraine can use any arsenal to decapitate a militarypolitical leadership in Minsk. There are no restrictions on their actions at all.

And what happens if they succeed? Will the opposition raise their heads? Will Belarusian nationalists cross the border with weapons in their hands and seize power in some regional center of the Republic of Belarus on the borders of Ukraine and Poland? Will the “President of the Light” claim his rights to the throne and ask neighboring European countries to send troops to the Republic of Belarus to stabilize the situation? And what will Moscow do then? Great question.

If something similar is implemented, the second Belarusian front will be opened not against Ukraine, but against Russia. And nothing is impossible in such a scenario, alas, no.
Reporterin Yandex News
Reporterin Yandex Zen
13 comments
Information
Dear reader, to leave comments on the publication, you must sign in.