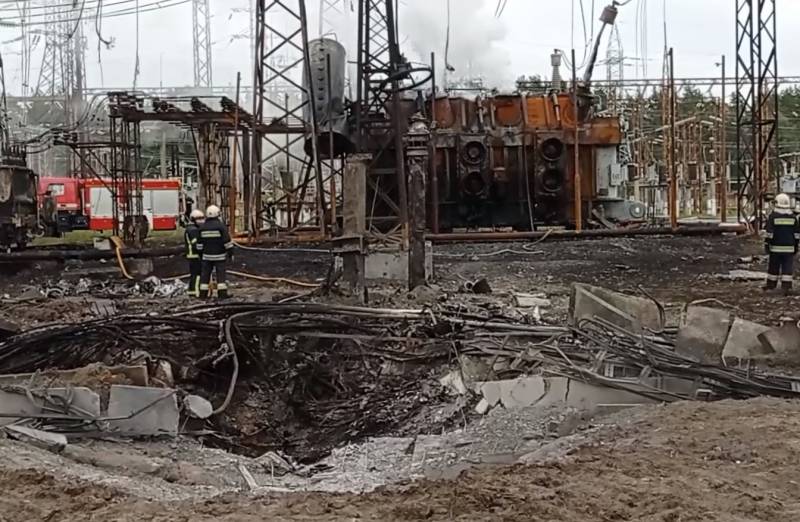 Footage of the consequences of the arrival at the Kharkiv CHPP appeared on the Web. Video from the fire at the substation is published by local public. It is specified that it was possible to extinguish it with great efforts only closer to the night.


The footage shows a powerful fire that engulfed the entire territory of the substation. Huge black clouds of smoke rise from the city. Serious damage to the power supply system of Kharkiv and the region was inflicted as a result of the strikes of the Russian Armed Forces on the critical infrastructure of Ukraine.


At the moment, there is no exact information about which substation was damaged. Initially, it was reported about the arrival at CHPP-4, after which local public wrote that we were talking about CHPP-3. The mayor of the city confirmed that the Russian military is attacking Kharkiv's infrastructure facilities.