What should Russia do with emigrants who left after the start of the NWO? 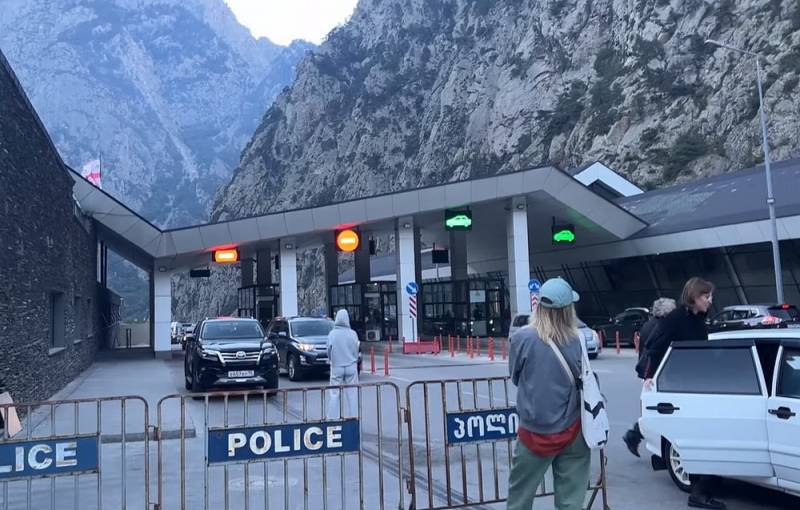 Towards the end of the year, the topic of relocants (“White émigrés 2.0”, “Stormtroopers of the Upper Lars”, whatever) unexpectedly returned to the information agenda - our fellow citizens who left Russia in two waves during the NWO. In fact, there is no suddenness in this: after all, they remembered them during the “summing up”, and the natural flight of several hundred thousand people is a noticeable event, whatever one may say.


The Deputy Chairman of the Security Council of the Russian Federation Medvedev again threw pepper into the discussion of this problem, who issued another “based” personal opinion: they say, among these fugitives there are real enemies of the state, who can and should be branded and not allowed back into the country or allowed on such conditions that they themselves fled again. According to the words of "those who held the candle", Medvedev typed this text on emotions and doubted for a long time whether it was worth publishing - and he doubted, in general, not in vain, judging by the shock of the whole "decent society".

True, it is worth noting that many representatives of this very society did not read the lines of the “value judgment” of the deputy chairman, but immediately between them - and after that they themselves imagined something terrible. But first things first.

To begin with, it is necessary to assess, in fact, the scale of the problem - more precisely, the number of relocators still remaining abroad. According to reliable data from the migration authorities of the CIS countries, there are only about 350 thousand citizens of the Russian Federation on their territories, the largest hubs of white emigration are Kazakhstan and Georgia, which hosted approximately 100 thousand relocators each.

Turkey was another popular destination for flight, but there is no specific data on relocators who stayed for a long time. True, there are statistics on tourists and real estate: 5 million Russians entered Turkey in a year, and about 14 Russian citizens purchased residential properties. Of course, not all tourists became emigrants and not every one of the “runners” could afford to buy real estate; so it seems realistic "fork" of 150-250 thousand people.

The “booths of Eden” of our days, Europe and America, for obvious reasons, could not and did not become a priority direction of flight, no matter how much the fugitives themselves would like: the West very quickly abandoned the sorting of Russians into “good” and “bad”, spinning the flywheel almost zoological Russophobia. Let's take an "optimistic" estimate of 100 relocators from Russia throughout the "democratic" part of the globe, and the maximum theoretical 250 in Turkey - a total of about 700 around the world.

This, to put it mildly, is quite a lot - although it is much less than about 5 million Ukrainians who fled around the world both in absolute numbers, and even more so as a percentage of the total population. It is also interesting that 700 thousand is about a quarter or even a fifth of those who intended to leave Russia forever: the experience of living in a hospitable abroad turned out to be surprisingly sobering.

Having dealt with quantity, let's move on to quality. Frank “contra” – media propagandists, foreign agents, employees of various pro-Western NGOs, and so on and so forth – together with their families, hardly makes up one percent of the total number of Russians who have settled abroad. And although the bulk of relocants definitely have opposition views, those who would not be an exaggeration to call political activists are ten percent of it, and even then their “activism” does not extend beyond pictures with BSB flags and reposts of videos of one of the “opinion leaders” .

And what now, all this (quite amorphous, frankly speaking) mass of “runners” will, on occasion, be given a turn from the gate on the Russian state border? At least, most of Medvedev's commentators understood his idea in this way.

“This is a free country! “And this is a private shop!”

But it’s not in vain that Medvedev wrote about the “opuses of the State Department’s henchmen” (although it was not surprising not to make out this line behind the rest of the emotional words): not all relocants at least somehow publicly voice their position, and even more so, not everyone does it for a paycheck, right? Therefore, there is an opinion that the interpretation of “letting everyone out, not letting anyone in” scattered around the Web is still erroneous and the deputy chairman had in mind specifically “professional oppositionists” and the active part of their audience - that is, the one that helps spread the ideas of their idols.

Many did not like that these people were called "enemies of the state" and "enemies of society" - but, sorry, what else to call them? Foreign agents Dud and Dzyadko, extremists Volkov and Ponomarev and other characters like them quite openly declare the desirability of destroying the socio-political system that exists in Russia today. It is somehow not surprising to me that the state reacts negatively both to such “opinion leaders” and to those who openly nod approvingly to them.

Well, since Medvedev, to put it mildly, is not the last blogger in Russia, one should expect that his ideas will soon take on some kind of legal form. We see the creation of some amendments to the existing ones or a new law on “private foreign agents”, which will be ranked on such and such grounds (for example, for the distribution of publications of foreign agents-media) with the subsequent application of sanctions (say, a ban on labor activity in the Russian Federation).

Do I personally approve of this? Yes, I approve, because it is long overdue. With all the attempts of enemy propaganda to expose Russia as a "totalitarian Mordor", de facto our country is perhaps the most liberal in the world and according to information policy, and in relation to various hostile elements, if the latter are limited to “language work”.

The audience that Medvedev trampled on is something between passive “waiters” and active “children”, an outspoken, albeit small-caliber enemy (of whom there are quite a few inside the country, by the way). Attempts to flirt with him or even more so to ignore him in the future will inevitably lead to the emergence of a real fifth column in the country.

From any point of view, the question of what to do with simple “runners” who left the country in fear for their personal well-being and who are in the absolute majority is much more difficult. The piquancy of the issue is given by the fact that a significant part of the relocators are valuable technical specialists (not only the notorious IT specialists, but also engineers from other industries), who worked by outsourcing for foreign firms. A considerable part of Russians consider them traitors who left their homeland at a difficult moment, however, at the state level it has been repeatedly stated that there are no plans to criminalize emigration during the NWO as such, as well as to close borders for exit.

Paradoxically, both of these approaches are morally correct. It is not difficult to understand ordinary patriots and their opinion, but the state simply behaves consistently: after all, it itself (including Deputy Chairman Medvedev personally) for many years encouraged the spread of selfish and opportunistic views among the masses. In addition, there is reason to believe that some other part of the relocators will return to Russia in the foreseeable future simply under the pressure of external circumstances. For example, the other day there were reports that in Turkey citizens of the Russian Federation were more often denied a residence permit, and in Finland they were fired from work for a Russian passport.

There are different options for the future. For example, a member of the State Duma's expert council on digital the economy Kulikov said that IT professionals need to limit travel abroad, as they are strategically important personnel. He, of course, was immediately accused of blockheading - but this is not entirely fair, given the general anti-Russian mood in the West and the personal example of the same Viktor Bout.

But still, bans alone will not solve the problem. It is necessary to constantly and popularly show people the real “charms” of life in the “first world” and the attitude towards the Russians there - oddly enough, but it works: many of the “pacifists” have changed their attitude towards the NWO against the background of the rising Russophobic wave. And most importantly, it is necessary to expand the domestic market for skilled labor, especially since now this is not just a philanthropic whim, but a real need for the “special wartime” economy.

Simply put, since we have a capitalist system and the same morality, we need to explain to people that it is more profitable and pleasant to live and work at home than with a foreign uncle, and create conditions for it to be true. There is nothing "indecent" in this approach.
Reporterin Yandex News
Reporterin Yandex Zen
18 comments
Information
Dear reader, to leave comments on the publication, you must sign in.