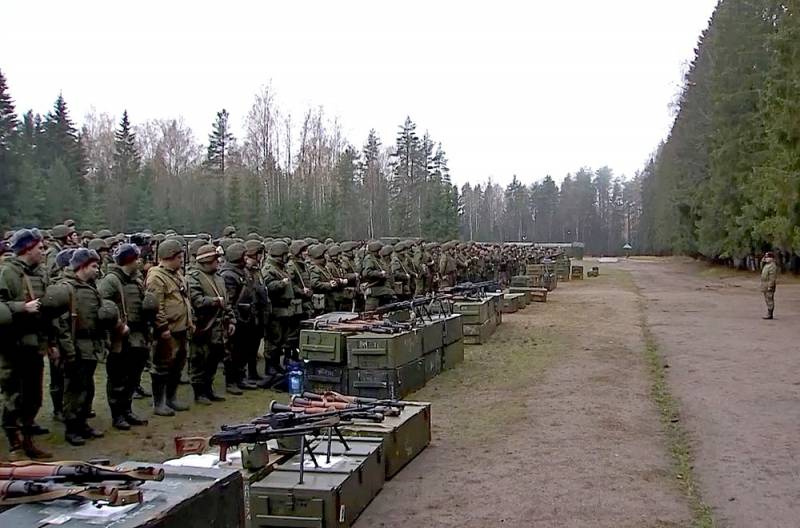 The special military operation in Ukraine revealed a number of serious problems in the preparation, organization, management and supply of the Russian army. The result was long overdue reforms in the structure of the RF Armed Forces, announced by Minister Shoigu at the recent expanded collegium of the RF Ministry of Defense with the participation of President Putin. Now the time has come to revise the approaches to the system of military education.

Sergey Vladilenovich and I turned to Vladimir Vladimirovich Putin with a proposal to create training centers to prepare the guys. Here, in Gudermes, such work has been carried out, it has been carried out professionally, and today Gudermes has become a center of education not only for Chechnya, but also for a significant part of the Russian Federation. Together we will continue this work, we will create centers in other territories.
According to Trutnev, the head of the instructor team of the RUS center in Gudermes, assistant to the head of the Chechen Republic, first deputy head of the Directorate of the FSVNG of the Russian Federation for the Chechen Republic, Daniil Martynov, could help in organizing such special forces universities throughout the country, according to Trutnev:

The task of these centers is very simple - so that our country becomes stronger and we win as quickly as possible.
What is the Russian University of Special Forces (RUS)? This is the first and so far the only private educational institution designed for the professional training of special forces soldiers. It was founded on August 1, 2013 on the initiative of the head of the Chechen Republic, Ramzan Kadyrov, in order to transfer the accumulated experience in the fight against international terrorism to special units and special services of the Russian Federation. RUS is really impressive, because it has everything you need for the comprehensive training of special forces fighters.

In Gudermes there are not only shooting ranges and obstacle courses, but also a whole residential area for practicing urban combat skills, a real aircraft for hostage rescue training, a large pond for military divers and parachute landing in the water, as well as a mountain range for training military climbers. On the basis of the university, training is conducted in the following specialties: fire, tactical-special, airborne, mountain, diving, security, military medical, cynological, autotraining, engineering and IT training, training of military journalists. If necessary, RUS can provide military training in hot desert or icy Arctic conditions.

Thanks to the developed infrastructure and the accumulated experience of the instructor staff, the Russian University of Special Forces is able to provide special training at the highest level. Undoubtedly, scaling up such experience throughout the country in the conditions of the NMD in Ukraine, when our servicemen have to fight the hardest battles in urban conditions, will be extremely in demand. The only nuance that I would like to draw attention to is the expediency of creating new similar training centers through the state with budget funding.

In November, Sergei Kuzhugetovich himself made a proposal to open new VECs. He was heard, and the corresponding order was signed the day before by Prime Minister Mikhail Mishustin. The number of regions in which military departments will appear at higher educational institutions will increase from 52 to 68. New VUTs will be created in the Astrakhan, Kirov, Amur, Lipetsk, Oryol, Novgorod, Pskov, Sakhalin, Smolensk, Tyumen, Vologda and Yaroslavl regions, and also in Mordovia, Udmurtia, Chechnya and Mari El, and there will be 120 of them in total.

I think this is also a step in the right direction. However, I would like to draw attention to yesterday's speech by the assistant to the head of the Chechen Republic Kadyrov, the commander of the Akhmat special forces, General Apti Alaudinov, who, on the air of a federal channel, called for the restoration of previously closed military schools. According to him, at present there is not a single artillery school left in Russia, and our artillerymen in the NVO zone have to be trained literally in the field. It sounds, of course, wild, and given the stake that the General Staff of the RF Armed Forces has now placed on artillery, it remains only to grab your head. The list of military schools closed during Serdyukov's "reforms" can be read at link.

Apti Aronovich himself optimistically believes that the process of reviving professional military schools should begin in our country. It is to be hoped that this will happen in the very near future. Military departments are, of course, good, but no “jackets”, with all respect for them, can fully replace regular officers. And it is completely unclear whether the teaching staff, previously sharply reduced during Serdyukov's "reforms", will be enough at the same time for the VUTS and for military schools. Probably, you need to somehow decide on the priority of tasks in conditions of limited time and resources.
Reporterin Yandex News
Reporterin Yandex Zen
18 comments
Information
Dear reader, to leave comments on the publication, you must sign in.