What danger for Russia is the American OneWeb project

October 24 2018
5
The FSB of Russia, once again, suddenly and very unpleasantly upset the North American "partners." She sharply began to object to the deployment of OneWeb, an American satellite (orbital) grouping over the territory of Russia. 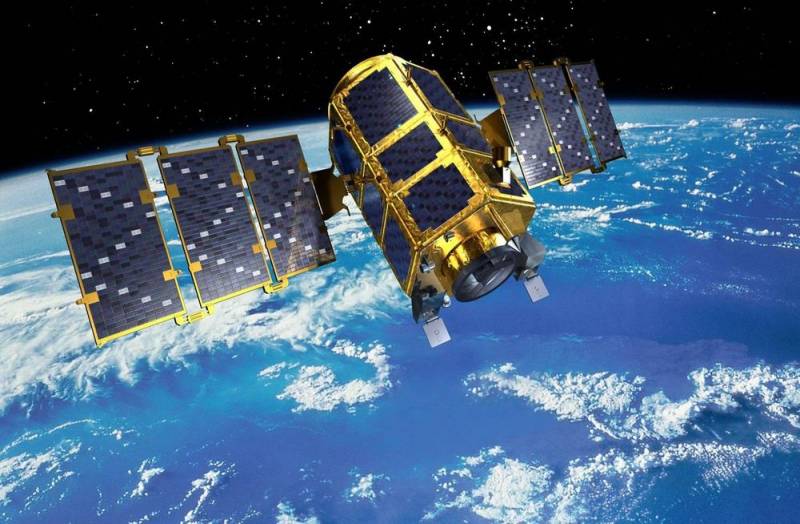 The Americans want to envelop the whole planet with high-speed (broadband) Internet, and Moscow, for reasons of national security, is very resistant. Rather, the FSB does not oppose the project itself, but only some of its important features (nuances). And those who understand at least a little geography, or hold a globe in their hands, can imagine the universal sadness that some individuals now experience in the stronghold of global “democracy”.

The very idea of ​​providing the Internet to the entire planet so that this benefit of civilization reaches even those places where people live like in the Stone Age really looks attractive and promising. However, the whole point is that no one can guarantee (and will not do that) that 900 satellites cannot be used for reconnaissance purposes. Therefore, together with the benefits they will bring harm. And it is not yet known what will be more.

There is a high probability that OneWeb may even become a monopolist provider in remote corners of the planet, and in Russia there are many similar places. Therefore, the FSB believes that Russia itself needs to develop its own satellite network (with the same functionality), and not put all this in the hands of the United States, with unpredictable consequences. And this is, without a doubt, the correct point of view. Passing control to the Americans is dangerous. Given the incessant tantrums coming from the USA, regarding cyberattack from Russia.

For clarity, it is specified that in 2015 OneWeb agreed with Roskosmos and the French Arianspace to launch satellites using the Soyuz launch vehicle. After that, in 2017, a joint venture (joint venture) LLC “OneWeb” was organized, between the American OneWeb (60% share) and the “Satellite system Gonets” (“SSG” is part of “Roskosmos”), it received 40%.

The first satellite was supposed to be put into orbit before the end of 2017. But it did not work out. And now the "good" Americans are even ready to lower their stake in the joint venture, if only the business has moved forward. And "SSG" does not mind getting 51% in the joint venture. And now OneWeb expects to launch the first satellite, from December 2018 to February 2019. In total, they count on 21 launches of the Soyuz launch vehicle from the Kourou (French colony of Guiana in South America) and Baikonur (Kazakhstan), for which promised $ 1 billion.

The former Google manager Greg Wyler founded OneWeb (not to be confused with the joint venture), and the investors in this project are: Airbus Group, Bharti, Coca-Cola, Hughes, Virgin Group, Qualcomm and SoftBank. They invested about $ 1,7 billion in it. But this entire audience, with great love for Russia, is no different.

So Internet World Stats informs that 45% of the world's inhabitants are denied access to the Internet. At the same time, OneWeb is a global telecommunication project. And by 2027, it promises to provide the Internet to the entire population of the planet, including any means of transport (up to aviation and ships). But Russia insists on getting firm and legally binding guarantees on the above issues.
Ctrl Enter
Noticed oshЫbku Highlight text and press. Ctrl + Enter
We are
Trump did it! US budget deficit breaks records
USA will burn Syria with phosphorus
Reporterin Yandex News
Read Reporterin Google News
5 comments
Information
Dear reader, to leave comments on the publication, you must sign in.