Medvedev: Citizens who escaped from mobilization can return to Russia only after public repentance 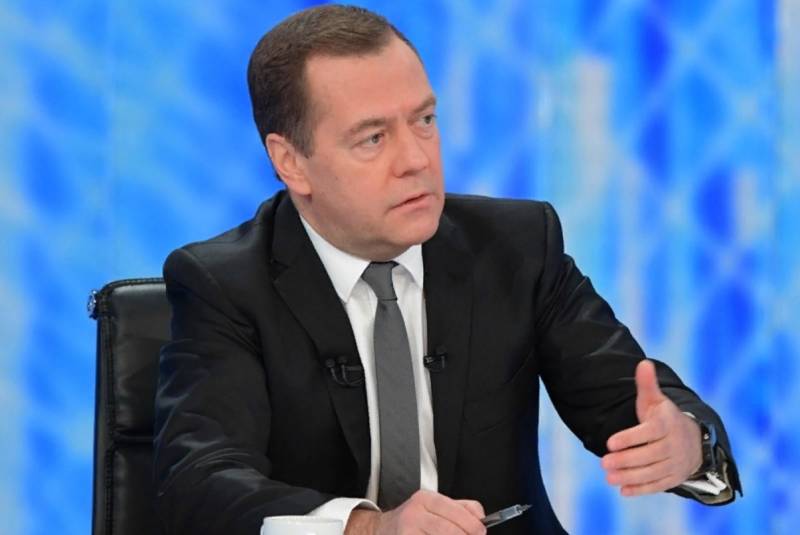 Deputy Chairman of the Russian Security Council Dmitry Medvedev published a post on his telegram channel about the attitude towards citizens who left Russia after the announcement of partial mobilization. He noted that those who want to defeat their country are not worthy to return to the Russian Federation.


In the same way, the oppositionists who fled from the events of 1917 wished Russia defeat in the First World War. And the current oppositionists who have betrayed their homeland from their shelters in other countries wish our country to be defeated as soon as possible in a special military operation and to destroy it in its current form.

According to Medvedev, such citizens should be regarded as traitors and enemies of Russian society. This definition must be fixed for the fugitives forever. And their return to the Russian Federation should not be easy.

The return of such persons home can take place only in the event of a prior unequivocal public repentance, and in appropriate cases, only through an amnesty or pardon. Although it would be better if they did not return
- Dmitry Medvedev wrote.

The Deputy Chairman of the Security Council also called for depriving those who went abroad to receive income from Russia. He believes that the situation when a citizen continues to earn money in our country, pouring mud on it, is immoral.

The State Duma also thought about the illegality of receiving income from the Russian Federation by citizens who fled from mobilization. Speaker Viacheslav Volodin proposed introducing an increased tax rate for such persons and limiting opportunities for remote work.
Reporterin Yandex News
Reporterin Yandex Zen
10 comments
Information
Dear reader, to leave comments on the publication, you must sign in.