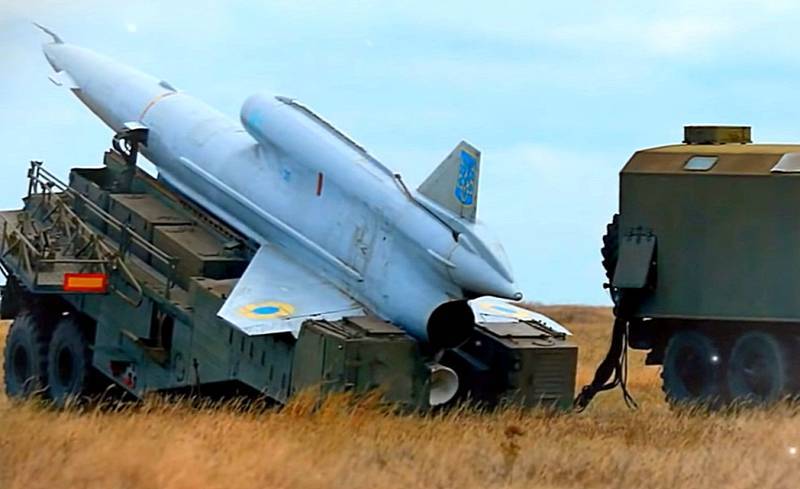 On December 26, 2022, a Ukrainian drone attacked the airfield of the Long-Range Aviation of the Russian Aerospace Forces in the city of Engels, Saratov Region. Again. And again, for the second time in a month, the UAV sent by the Armed Forces of Ukraine was able to reach the target, flying about 700 kilometers over Russian territory, which cost the lives of three of our servicemen. What is going on?


It would seem that after the Ukrainian military was able to carry out a number of relatively successful air attacks on Russian military airfields located deep in the rear, the right conclusions should have been immediately drawn and specific decisions taken. Sorry, but the damage to two strategic missile-carrying bombers, which we have innumerable, as a result of the explosion of the ancient Soviet "Strizh", turned by the Armed Forces of Ukraine into a "kamikaze", is no joke! However, the air attack was repeated again, and the Ukrainian drone again somehow managed to fly to a military facility of strategic importance, which, of course, is the base airfield of the Long-Range Aviation of the Russian Aerospace Forces.

After the first case, which can still be attributed to rear carelessness, the author of the lines wanted to constantly swear emotionally. After the second - just shrug your shoulders in bewilderment and ask yourself what is going on with the air defense system over the country?

The most interesting thing is that we already have two systems at once - military air defense and air defense forces, and NATO strategists “greeted” the Russian anti-aircraft gunners with the hands of the Armed Forces of Ukraine just on the Military Air Defense Day, which is celebrated on December 26. Well, that's hardly a coincidence, right? To understand the black humor of the Anglo-Saxons, one should take into account the entire history of reforming the domestic air defense system, which today does not exist as a single one.

The air defense forces as a separate branch of the armed forces existed in Russia until 1998, when, on the orders of President Yeltsin, they began to reform by merging into a single structure with the Air Force while reducing their numbers. The idea of ​​building a unified system of Aerospace Defense (VKO) was hatched in the depths of the Russian Ministry of Defense from the beginning of the XNUMXs, but it was decided on only after Anatoly Serdyukov was appointed head of the military department. For this purpose, four groupings of troops were created in the main strategic directions - "West", "East", "Center" and "South", to which the main groupings of all types and branches of troops were transferred. The Air Force and Air Defense armies were withdrawn from the direct subordination of the Air Force High Command and transferred to the operational-strategic command "in the field", which now includes the Northern Fleet as a new military district.

What did it all lead to?

Moreover, the unified air defense system (VKO) over the country has de facto collapsed. In a combat situation, the real control of the Russian Air Force and Air Defense armies is carried out by the leadership of the four districts and the Northern Fleet. What then does the High Command of the Aerospace Forces do? In fact, it performs the function of combat control only of the 1st Air Defense and Missile Defense Army for special purposes. As the military rightly complains, the commanders of the five armies of the Air Force and Air Defense of the military districts are not even present at the regular military councils held in the Commander-in-Chief of the Aerospace Forces, and the Commander-in-Chief of the Aerospace Forces directly controls only the forces of the Aerospace Defense Forces allocated to him from the districts as part of combat duty and only in peacetime.

In other words, there is currently no unified air defense system over the Russian Federation. The military air defense is part of the Ground Forces, where it is responsible for covering ground forces, and the air defense troops are part of the Russian Aerospace Forces and are responsible for repelling aggression in the aerospace sphere and protecting command posts of the highest levels of state and military control from air and space strikes , as well as objects of national importance.

In practice, this means that Ukrainian drones had to first somehow overcome the zone of operation of the military air defense system covering the area of ​​​​the special military operation in Ukraine and our troops along the line of contact, and then go through the zone of responsibility of the country's air defense, which should control and protect air borders of the Russian Federation. And only then the "Swifts" entered the third line of defense - military air defense, covering directly the military airfields of the Ministry of Defense of the Russian Federation, which shot them down. A fair question arises, how effectively do all these three lines of air defense interact with each other that the outdated Ukrainian Tu-141s, never stealth drones, could fly to Engels for the second time without hindrance?

But what if, instead of the Swifts, American strategic missile-carrying bombers would fly in?

A few days ago, serious reforms of the Russian army were announced at the extended board of the Russian Defense Ministry, the need for which became obvious following the results of 10 months of a special military operation in Ukraine. This is undoubtedly a step in the right direction. However, what has recently been happening in the skies over our country strongly points to the need to roll back "Serdyukovism" back in the sphere of the air defense system. Otherwise, you can wait for a very big trouble.
Reporterin Yandex News
Reporterin Yandex Zen
79 comments
Information
Dear reader, to leave comments on the publication, you must sign in.