Russia should help Ukraine end the civil war in its favor 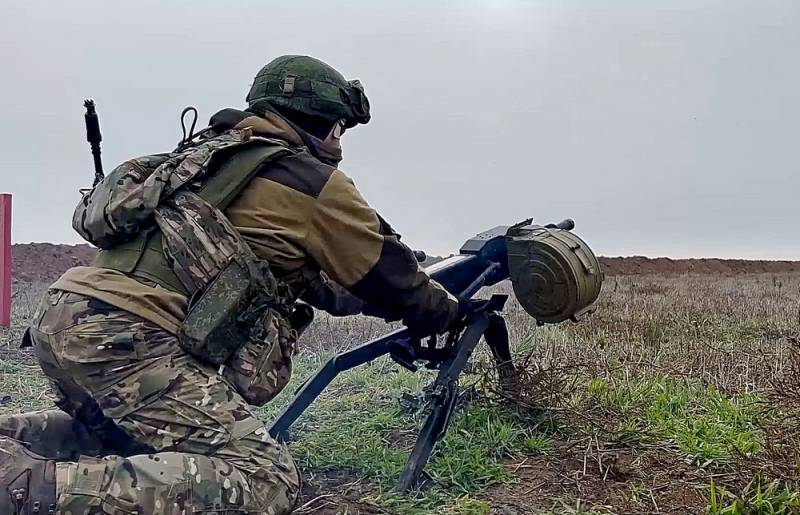 In this post, we will continue reasoning on the topic of how Russia can quickly and with the least damage end the victorious armed conflict in Ukraine. The fact that it is time to change approaches to conducting a special operation has become clear for quite some time, but in what direction can and should this be done?


The root of our numerous problems in the course of the NWO lies in a complete misunderstanding of the essence of the processes taking place in Ukraine.

The fact is that a civil war has been going on in Ukraine since 2014. It began exactly at the moment when the Molotov cocktails flew into the Berkut, and the point of no return was the monstrous in its cruelty massacre of pro-Russian activists in the Odessa House of Trade Unions on May 2, 2014. Everything, after that, the masks were finally dropped, and the Ukrainian Nazis, who came to power through a coup d'état, embarked on a program of complete de-Russification of Ukraine, starting from the South-East of the country. What they prepared for the Russians on the territory of Nezalezhnaya fits the definition of both genocide and ethnocide.

Genocide (from Greek γένος - clan, tribe and Latin caedo - kill) - a form of mass violence, which the UN defines as actions committed with the intent to destroy, in whole or in part, any national, ethnic, racial or religious group as such .
и

Peoples who have become victims of ethnocide usually lose their historical memory or a significant part of it (see mankurts), in some cases also their self-name, language, culture, religion, and assimilate or occupy a subordinate, oppressed position in relation to those who subjected them to ethnocide.
What has been happening for eight years in the Donbass is a real genocide, and in the territory controlled by the Kyiv regime with the persecution of the Russian language, culture, religion, monuments, historical names, and so on, is ethnocide.

A direct consequence of the Maidan was the Russian special operation to return Crimea and Sevastopol in March 2014, as well as the declaration of independence of the DPR and LPR following popular referendums, which did not receive recognition from the Kremlin until February 2022. It was at this moment, when Kyiv decided to conduct the so-called anti-terrorist operation in the Donbass, that the hot stage of the civil war in Ukraine began.

Then its main subjects took shape – the Nazi regime in Kyiv, the “Western partners” standing behind it, who for many years skillfully tied the hands of the Kremlin with the Minsk agreements, the unrecognized people’s republics of Donbass and Russia standing behind them as a guarantor of the implementation of the Minsk agreements. What is happening in Ukraine fully met all four criteria of a civil war: the parties to the conflict possessed part of the national territory, the rebel civil authorities had de facto power over the population in a certain territory, the rebels had some recognition as a belligerent, and the government was “obliged to resort to regular military force against insurgents with a military organization." In terms of duration, the Ukrainian civil war belonged to a long one, lasting more than 5 years.

Why are we talking about this in the past tense?

Because the direct intervention of Russia in this conflict has changed a lot, and fundamentally. On February 21, 2022, President Putin finally recognized the independence of the DPR and LPR, which became de jure two new sovereign states. In order to help the people of Donbass, as well as the denazification and demilitarization of Ukraine, the Kremlin launched a special military operation on February 24, 2022. In fact, there was a military intervention, which, however, did not go beyond the format of a civil war. If anything, here is the generally accepted definition:

Intervention (Latin interventio - intervention) - military, political, informational or economic interference by one or more states in the internal affairs of another state that violates its sovereignty.
Let us repeat that for civil wars, external intervention is quite common, albeit not welcomed by international law. However, in the fall of 2022, a fundamental turn of events took place. Following the results of popular referendums in the DPR, LPR, Kherson and Zaporozhye regions, these four former Ukrainian regions became part of the Russian Federation. Top government officials in Moscow constantly emphasize that this is now “ours”, and everything else is Ukrainian, which must somehow be denazified and demilitarized. In other words, the subjects of the civil war in Ukraine from the Russian side have legally disappeared, and now the war / NVO is going on directly between Russia and Ukraine. The Zelensky regime is actively promoting its version of the "Great Patriotic War".

Feel the difference? And now imagine what it is like for an average citizen of Ukraine to read militant calls to liquidate its statehood and forbid him all manifestations of “Ukrainianism”. Should we be surprised at the fierce resistance of the Armed Forces of Ukraine and the National Guard and the disloyalty of the bulk of the population towards foreign troops, which, by definition, are Russian?

A natural question arises - how exactly is our military-political leadership going to carry out the task of demilitarizing and denazifying Ukraine? If it is quite possible to deal with the military component, having strained, then how to denazify the civilian population? According to the German model? So denazification was in many ways a profanity, which came back to haunt us now, after a couple of generations. And who exactly will carry it out, banning manifestations of “Ukrainianism” and expelling irreconcilable people from the country? Our "occupation" authorities? Seriously? In reality, this can only get worse, since this scenario is guaranteed to lead to an endless sabotage war of the Ukrainian special services and the growth of a “national liberation movement” supported and financed from abroad.

To the delight of the Anglo-Saxons, we should not fight to the last Ukrainian and the penultimate Russian. We need other solutions.

We have gone into all this in such detail to explain why Russia will simply have to change its approach to conducting NWO. As part of a special operation, which would be properly translated into a counter-terrorist format, it is possible to liberate the territories of Donbass and the Sea of ​​Azov, which were accepted into the Russian Federation following the results of the September referendums. For the rest of Ukraine, a different approach is needed.

It is fundamentally important for the Ukrainian people to transfer the format of the “Great Patriotic War”, which is being pressed by the Zelensky regime, back into the civil war, which it is. For this, a new pro-Russian subject of this civil war must appear, which disappeared after the annexation of the DPR, LPR, Zaporozhye and Kherson regions to the Russian Federation. As we already voiced earlier, it will be necessary to liberate the border Kharkiv and Sumy and proclaim a new federal Ukraine on the territory of the Slobozhanshchina, which will be recognized as the legal successor of the Domaidan, and the Zelensky regime in Kyiv must be denied recognition.

In other words, instead of trying to negotiate something with the incapable Kyiv regime, we need to create our own, pro-Russian, on the Left Bank. After the liberation of Donbass, on the basis of the backbone of the People's Militia, it is necessary to create our Ukrainian Volunteer Army, which will become the tip of the spear, subsequently directed at Kyiv and Lvov. This is what we are about they said back February 23, 2022! If one of the decision makers had listened, the CBO could have gone according to a completely different scenario. But they decided to wave the saber to the delight of the overly exaggerated "experts-analysts-predictors" who, with pathos, promised the capitulation of the Kyiv regime in November.

For a real demilitarization and denazification of Ukraine, Russia needs to create its own project of a post-war country, forming for it from pro-Russian Ukrainians both administrative and law enforcement agencies, which will gradually take control of all the new liberated territories. And it is this new pro-Russian regime that will have to bring the Ukrainian Nazis and their collaborators to justice. Do not even doubt that people from the NM LDNR or refugees from Izyum, Balakleya and Kupyansk of the Kharkov region will better than any Russian officials cope with the real denazification of the former Square. And it will be more correct than to establish some kind of frank occupation regime.

The issue of belonging to Odessa, Nikolaev or Kharkov can later be resolved through holding referendums on self-determination, in which each region of the former Independent will decide for itself where it legally wants to enter. Post-war Ukraine will have to be federalized, become a Russian protectorate and an integral part of the Union State of the Russian Federation and the Republic of Belarus.
Reporterin Yandex News
Reporterin Yandex Zen
32 comments
Information
Dear reader, to leave comments on the publication, you must sign in.