When to expect a Chinese special operation to retake Taiwan 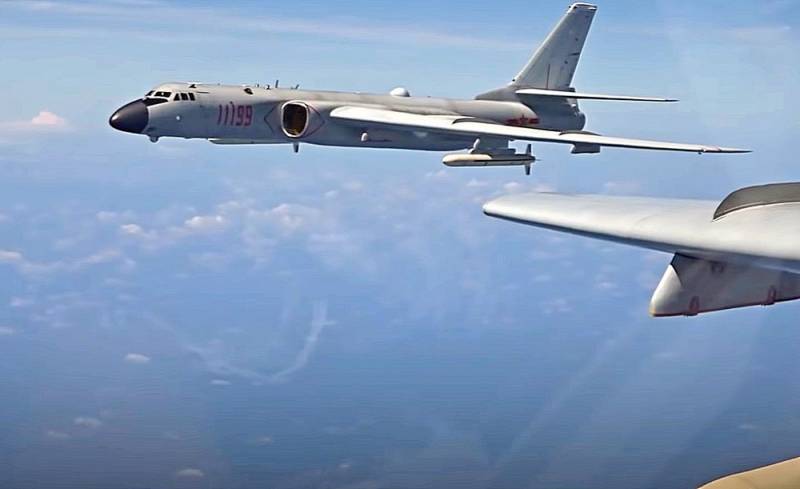 Literally immediately after the start of the Russian special operation in Ukraine, the question arose whether China would also start its own NMD in Taiwan, so to speak, under the guise of solving an old territorial problem, which only becomes more acute with time. However, more than 24 months have passed since February 10, but Beijing has not moved to active actions, limiting itself only to military exercises and actions to demonstrate determination. Should we seriously expect a Chinese special operation in Taiwan?

About how a forceful scenario for resolving the territorial problem of the PRC may look like, we told way back in 2019. Based on Ian Easton's The Chinese Threat of Invasion: The Defense of Taiwan and America's Strategy in Asia. In his interpretation, the Chinese NWO may look like this.

At the first stage, the PLA will have to plunge the rebellious province into a state of uncontrollable chaos. To do this, short-range ballistic missile strikes need to destroy airfields, transport hubs and government buildings. Special forces and pre-trained cells of "sleeper agents" will have to organize a real hunt for officials, the military leadership of Taiwan and the local business elite in order to behead Taipei.

At the second stage, the PLA will have to carry out the largest landing in the world, transporting at least a million soldiers to the island. To do this, the Chinese air force will first have to gain complete air supremacy by crushing the defense of Taiwan with air, sea and land-based missiles. For the transport of troops and military equipment The PRC Navy will need to use its entire navy and reserved merchant fleet vessels, which are initially built on dual-use projects. In an ideal scenario, one to two weeks is allotted for taking the island under control.

It sounds pretty reasonable, but Ian Easton himself proceeds from the opinion that the Chinese NWO is still doomed to failure.

The problem is that all such plans have long been known to both Taipei and Washington, and they are ready for them. Such large-scale military preparations by the PLA simply cannot be kept secret, so it will not work to take advantage of the surprise effect. All suspicious persons will be detained by special services, the island will go to martial law, and a curfew will be introduced. Taipei will have time to deploy its army and mobilize reservists.

An additional complication for Beijing, unlike the Kremlin, is that Taiwan is separated from mainland China by a strait and they do not share a common land border. Consequently, the only option left is a landing operation, and this requires powerful naval forces, aviation, and a huge number of amphibious assault vehicles to transport such a large military contingent. The number of convenient beaches where landings can take place is also limited. All approaches to them will be mined, the coast will be guarded by rocket and artillery units, covered by modern air defense systems. What can only a few anti-ship missiles do with accurate target designation, we already got an idea, but what if the Taiwanese launch dozens or hundreds of them?

Capturing a foothold on the coast of the island will cost the PLA a lot of blood, but this is just the beginning. According to the Ukrainian scenario, cities will be turned into fortified areas, and Taiwanese special forces and local defense will operate in the jungle. The desired 1-2 weeks can turn into long months of a real "bloodbath" with corresponding losses for the Chinese army. You can be 100% sure that American military advisers will demand that Taipei continue to use the scorched earth tactics used in Ukraine. The Taiwanese will defend every strong point, every home, slowing down the PLA advance as much as possible, prolonging the conflict, increasing losses on both sides and the degree of destruction.

As a result, Beijing's victory should be pyrrhic: an island razed to the ground, drenched in the blood of Chinese paratroopers and Chinese defenders. At the same time, of course, the entire Taiwanese industry must be destroyed so that the PRC does not get anything of value as a trophy. But on the return of control over Taipei by Beijing, alas, nothing will end. As punishment for "aggression", the collective West will introduce against the PRC economic sanctions, and the combined AUKUS fleet will arrange a naval blockade of the Malacca Strait, which the Celestial Empire receives by sea a significant part of the consumed hydrocarbons and other raw materials. For the power deblockade of the straits, the power of the PLA Navy is not yet enough, which we will discuss in detail told previously. The goal is the economic strangulation of China.

As a matter of fact, the last paragraph hides the answer to the question of when we should really expect a Chinese NWO in Taiwan.

In the coming years, the island will be under an invisible shield provided by Taiwan's semiconductor and microprocessor manufacturing facilities. Taipei is a recognized world leader in this field, and all countries are critically dependent on its products. Without processors, no modern technology simply can work - from smartphones to washing machines. Right now, the world's leading powers are rushing to policies import substitution by establishing the production of semiconductors at home. Taiwanese company TSMC, which accounts for roughly 90% of the world's cutting-edge computer chips supplied to tech giants including Apple and Qualcomm, is opening a new plant in Arizona. TSMC founder Morris Chang commented on the event as follows:

Chips are a very important product. It seems that people have only recently begun to realize this, and as a result, many are jealous of the Taiwanese chip industry.

I not only believe, but I know for sure that the cost of chip production in the US will be at least 55% higher than in Taiwan. But this does not prevent the transfer of some capacities to the United States. The chip manufacturing process we've moved is the most advanced of any company in the US, and it's very important for the US.
Well, you get the idea. This is no longer about income, but about the national security of the United States itself. This means that Washington's mood for a military conflict in Taiwan is serious. China, India, the European Union, South Korea, and Japan are actively engaged in import substitution of semiconductor production. In parallel with this, there is a process of partial withdrawal of Western high-tech industries from China to other countries of Southeast Asia, which we also already told. Apple, Microsoft, Dell, Hewlett-Packard and other technological monsters are engaged in risk diversification, restructuring of production and supply chains.

As you can see, everyone is preparing for a war around Taiwan. China is rapidly building a navy, Western corporations are reducing their critical dependence on the "world workshop", and together they are trying to quickly stop depending on Taiwanese semiconductors. When is it really worth waiting for the Chinese NWO?