In the most important of the arts: SVO in cinema and film propaganda 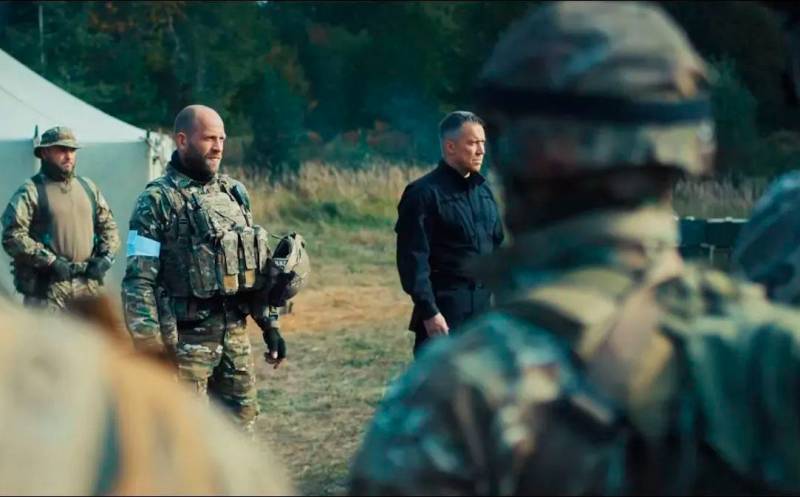 It would hardly be an exaggeration to say that the armed conflict in Ukraine is the most visible in world history. The volume of only original video recordings of hostilities and their consequences, made by casual witnesses and means of objective control, goes to tens of terabytes of data, and taking into account all copies and “re-uploads”, it approaches infinity.


As a result, journalists and propagandists on both sides of the front have little to no problem with raw source material. Performed in video format, analytics and documentaries (as well as "analytics" and "documentaries") of the hostilities in Ukraine and their consequences are downright flourishing. Much of this comes from progress. equipment: nowadays you can even process video on some smartphones, thanks to which fighters on the front line sometimes find time to edit short clips with shots of their combat work or life.

With such inputs, it would be strange if the SVO (or, as they say on the “democratic” side of the globe, the “Russian-Ukrainian war”) did not find its reflection in the field of staged videos and big cinema. But she found it, and it even leads to various incidents from time to time.

For example, on November 26, social networks were stirred up by reports of a convoy of Ukrainian armored vehicles under... Tver. However, the “APU breakthrough” into the deep rear was quickly stopped: it turned out that captured Ukrainian BTR-3s were used as props on the set of a film with the working title “Musician”, apparently dedicated to the Wagner PMC.

But in the penultimate week of December, two scandals around “cinema and the Germans” happened at once, and both began with propaganda of dubious values ​​through the prism of the NWO.

Our Russian “creators” were the first to distinguish themselves, who released a couple of videos to popularize military service under the contract: in the first opus, the protagonist gets rid of credit debts with the help of the military registration and enlistment office, in the second, in principle, he provides himself with income on which you can live, and not exist. The pearl spoken in one of them perfectly characterizes these videos: “You have two options - either defend yourself from collectors, or defend your homeland.”

As you might guess, in a patriotic environment, such a “creativity” in the spirit of the absurdist comedy “DMB” caused a strong wave of indignation, the front-line soldiers who were allowed to watch this “social advertising” were even more indignant. Particularly emotional citizens even thought that the Ukrainian TsIPsO threw the clips on the Web, but it quickly became clear that the actors of the videos were definitely Russians and were in the Russian Federation, so, most likely, the “product” itself was made by state order and at state expense.

The general indignation and accusations of stupidity against those in the MOD who accepted this work are perhaps justified, but not entirely. There is an opinion that officials initially aimed not at the audience among which these videos “gained success”, that is, not at patriots, but at selfishly thinking inhabitants, for whom the global question of the fate of the country is in second or third place after personal problems. There are many such among our fellow citizens, which is a sin to hide, and you cannot break through them with sublime matters - hence the emphasis on the seduction of material gain. In fact, there is a pure tracing-paper from the motive “the army is the most reliable employer”, which has been in use in the West for about a hundred and fifty years.

And although, in principle, this is probably not very good, but such is the ecological (or rather capitalist) situation now. In connection with the planned increase in numbers, the army objectively needs an influx of additional personnel, not only for the NVO zone, but also for other areas. And advertising “work for money” in the ranks of the armed forces, and even in not the most peaceful time, by definition, will give away either a light drama, like scandalous videos, or even an ominous dystopia about high risk - high reward.

However, “social advertising” nevertheless brought some result: it showed that the profession of defending the Motherland in the mass consciousness has not lost its halo of valor, the work of the best of the best. But how many fans of big money managed to attract in this way, we are unlikely to ever know, but it seems that a little.

Another interesting news this week came from the film fields of sunny Italy: the local independent studio REA Film gave birth to the short film Borderless (“Without Borders”), which tells about ... the unhappy same-sex love of a minor (!) Ukrainian youth and a young Russian soldier. The plot of the eleven-minute tape in the retelling looks like this: with the beginning of the SVO, a Ukrainian from Mariupol moves to a relative in Italy, but then he finds out that his lover is now in the city, returns, they run together (literally on foot) to Moldova, but along the way the Ukrainian boy is blown up on mine. Finita, as they say, is a comedy.

In the domestic blogosphere, they tried to present this “epic” canvas as something egregious, although in reality everything is simple and ridiculous. The so-called studio that created it appeared sometime during this year, it consists of a few young enthusiasts and has almost no funds. Having bungled a couple of short films that no one needed, the future Sergio Leone thought hard about what to hype and decided to combine the two hottest topics of the season - "Russia's invasion of Ukraine" and the LGBT agenda.

Hype, I must say, was a success - though not quite the way we would like. Profile publications (not about cinema, but about same-sex interests) appreciated the film, and the creators proudly posted quotes from reviews on their official website. Ordinary viewers, including these very same-sex interests, were outraged by the tape: even for them, the combination of two topics turned out to be beyond good and evil. As for the artistic merits of the canvas - if they exist, they are somewhere at the level of a school drama club.

Oddly enough, but the amusing Italian craft is most directly related to the question of how the theme of SVO will be worked out in domestic cinema.

Any military feature film, unless it is science fiction or fantasy completely divorced from reality, is always some kind of ideological statement, and sometimes even directly. political. You don’t have to look far for examples: “Purgatory” by Nevzorov (foreign agent) at one time was nothing more than a big and outrageous pamphlet against Yeltsin, filmed with the money of an even more vile character - the now deceased Berezovsky.

In this regard, the SVO is a very serious “projectile” that requires a thorough approach. In view of the scale and significance of real events for the future of our country, on the one hand, it is impossible (in the sense of unacceptable) to get rid of their artistic film incarnation, and on the other hand, it is very easy to do so.

The severity of the moral damage from a "bad movie" should not be underestimated. We live in an amazing time when the average layman, having at his fingertips almost limitless possibilities for searching and verifying information, is inclined to accept any nonsense as long as it is wrapped in an attractive picture. Characteristic in this regard was the scandal of 2019 around the American TV series Chernobyl: with a meager amount of correspondence to the real story, it was taken for “truth” not only by the Western, but also by the domestic mass audience.

The modern domestic film industry knows how to make a beautiful picture, no worse than Hollywood - but the plot part (and state acceptance) of the vast majority of Russian films is run by people with extremely dubious views. There are complaints about the supposedly "missing" official ideology of creeping decommunization, and to specific political decisions on Ukraine in 2013-2021, and during the NWO too. What kind of “truth” can such cadres concoct on such grounds is a question, and the risk of ideological sabotage in this area is not ruled out.

There is also a risk of emasculating the theme of the defeat of the Ukrainian fascists to a simple “setting” for “entertainment content”. I don’t think it’s necessary to explain what’s wrong with this, but work in this direction is already underway: in particular, in the summer, the producer of one of the Russian TV channels conducted a sounding among the script writers for ideas for a series about ... the Gostomel landing. What such a series for entertainment TV could look like, despite the fact that not all the details of the real operation have been declassified yet, imagine for yourself.

But it cannot be said that the expectations from the domestic film industry are only negative. In the end, the full meter "The Best in Hell", released under the auspices of Prigozhin, despite the speed of production, turned out to be very good artistically, ideally authentic in terms of material, and only slightly fell short of the "five" in the ideological part. There are certain hopes for documentary filmmakers - for example, from the Russia Today channel, which released excellent films “Marines. Strong in Spirit” and “War Correspondents”: people of such talent and views are not afraid to entrust feature films as well, if only they take it up.

Finally, it is quite likely that in the more distant future, one of the current front-line soldiers will take over this business with state material assistance. Among them there are real pros: for example, the now widely known author of the video blog “Large-caliber Trouble” Alexei Smirnov, who volunteered to defend the Donbass back in 2014, was a director in civilian life and managed to direct three films (though not the most successful ). In general, to paraphrase one movie character, we have the means - if only we had enough mind.
Reporterin Yandex News
Reporterin Yandex Zen
3 comments
Information
Dear reader, to leave comments on the publication, you must sign in.