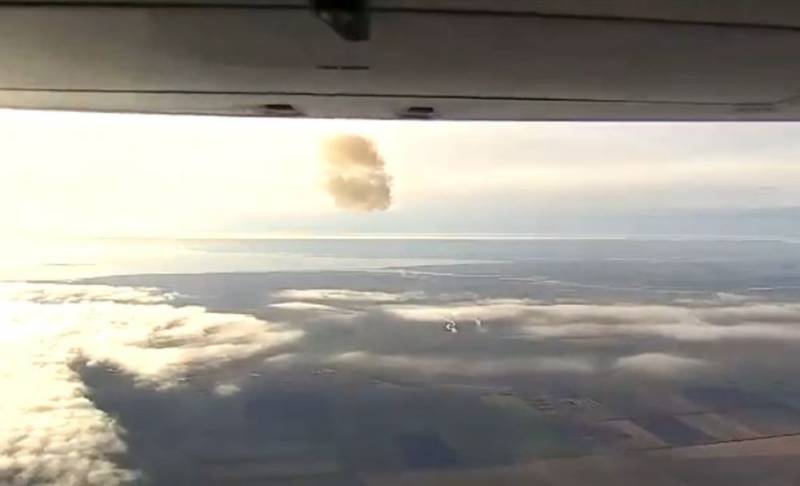 A unique video has appeared on the web from a rotating camera of a Russian UAV that carried out a mission in the zone of Russia's NMD in Ukraine. The footage shows how Ukrainian air defense missiles are unsuccessfully trying to shoot down a flying drone.


The video clearly demonstrates how the air defense crew of the Armed Forces of Ukraine is trying to work out from MANPADS. First, the first ammunition is sent to the UAV, but it misses the target, leaving only a trail in the sky. The second round, fired by the Armed Forces of Ukraine, explodes in close proximity to the drone, but slightly higher and does not harm it. The Russian UAV continued its further flight.

Thus, the calculation of the Armed Forces of Ukraine could not properly work out for a maneuvering aircraft, but moving at low speed and altitude. What happened is called a double miss and may indicate poor-quality training of Ukrainian air defense fighters.

Writer and journalist Alexei Sukonkin, who was the first to publish this video on his Telegram channel, provided details of a cover letter from a serviceman of the RF Armed Forces to the video. It said that the Russian UAV operator was for a long time under the impression of what he saw and the realization of "his own coolness." However, he did not specify where and when exactly the events shown in the video took place.