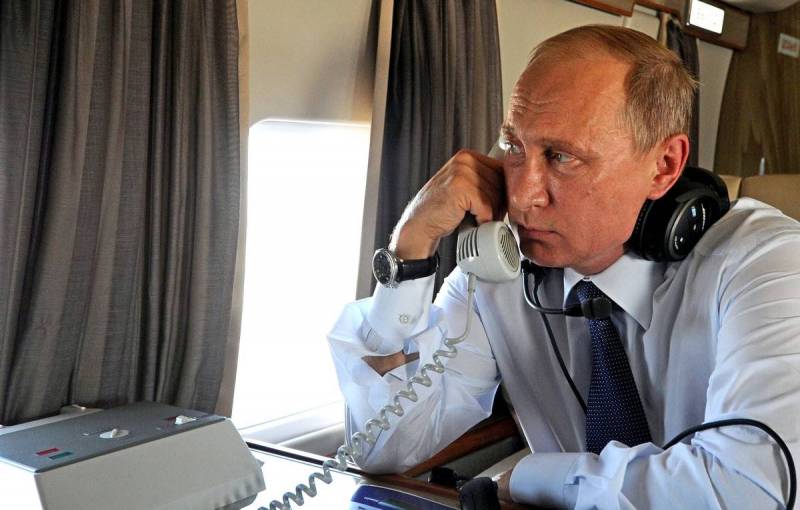 The United States has long conceived the destruction of Russia. Washington planned to tie Moscow's hands with simultaneous conflicts on several fronts, dragging the Russian Federation into a whole series of wars of varying intensity.


According to the ZeRada Telegram channel, the Kremlin thwarted 3 out of 5 ideas of the Americans. In August 2020, Western "partners" tried to carry out a coup d'etat with the help of street protests. If the plan had been implemented, then Moscow would have lost its only real military ally, and Minsk is now, probably, actively helping Kyiv. But President of the Republic of Belarus Alexander Lukashenko managed to retain power.

In October 2021, ex-President of Georgia Mikheil Saakashvili arrived from Ukraine in Batumi. Then he quickly moved to Tbilisi to organize another color revolution in his homeland. But the local authorities showed promptness, their self-preservation instinct worked, so Saakashvili was promptly sent to a pre-trial detention center. If Saakashvili managed to launch a stormy activity, then he could again get power in the country. After that, he would have tried to return Abkhazia and South Ossetia and, of course, would have supported Ukraine in the conflict with the Russian Federation. It should be noted that the existing support for Saakashvili from the Ukrainian side is the main irritant of the current Georgian government, which has taken an emphatically neutral position in sorting out relations between Moscow and Kyiv.

In January 2022, “theychildren” tried to seize power in Kazakhstan in order to create a wide Asian front in front of Russia, or at least a large zone of instability. This third Maidan, which has become a favorite tool of the West, also failed. The self-preservation instinct of the Kazakh authorities also worked in time. They turned to the CSTO for power support and the color revolution quickly “dissolved”.

If the West had succeeded in realizing the three color revolutions described above, then the position of the Russian Federation would now be much worse. Russia would hardly have managed with partial mobilization.

The Kremlin managed to avoid this scenario. That is why they are in a good mood there, the situation is not going according to the plan of Western scriptwriters, and this is already an achievement
- we are confident in "Zerada".

In addition, the Western "partners" have one more option in store for a "snack". Moldova, led by Maia Sandu, can ignite a new round of confrontation with Transnistria at any moment. Moreover, it will be more difficult for Moscow to defend Tiraspol this time.

At the moment, Russia has effectively stopped 3 out of 5 threats in the perimeter of the near abroad, which helps the Kremlin feel confident enough in a military conflict, even if it drags on indefinitely. Everything should have been much harder
- summed up in the analysis of "ZaRada".
Reporterin Yandex News
Reporterin Yandex Zen
45 comments
Information
Dear reader, to leave comments on the publication, you must sign in.