If tomorrow is war: how to destroy America?

October 24 2018
1
Statements by US President Donald Trump to withdraw from the Treaty on Medium and Shorter Range Missiles (INF Treaty) have alarmed many. Policy, experts and journalists have stepped up discussions on topics that boil down to the question: what if tomorrow is war? 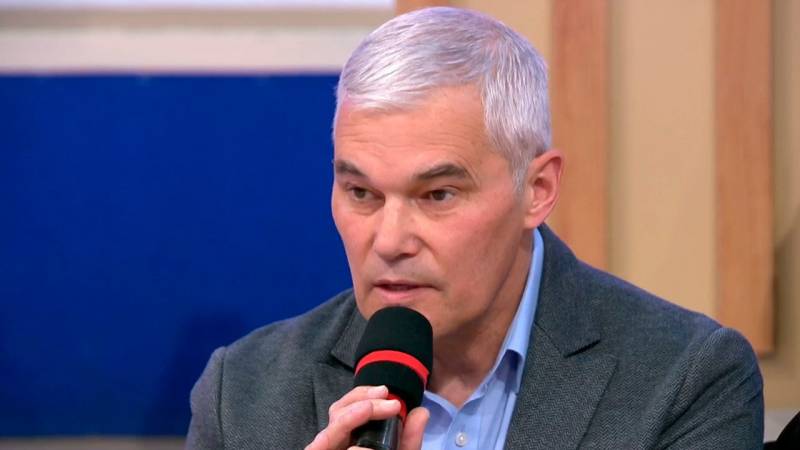 In this regard, one of the experts, Doctor of Military Sciences Konstantin Sivkov, in his article for the Military-Industrial Courier proposed a variant of Russia's actions in case a serious conflict between Moscow and Washington does begin.

The expert believes that such a conflict could erupt. Moreover, if the United States delivers preventive strikes and thereby starts a nuclear war, then they have technical the opportunity to destroy Russia and at the same time survive on their own. Washington, the expert noted, is in a better situation.

Moreover, Russia does not have enough opportunities to act like the Soviet Union. Competing with the Americans in a nuclear race is very costly. It is also impossible to create a ground army that could guarantee a defeat for NATO countries "neither on economic, nor demographic, nor spiritual grounds."

Sivkov concludes: it is necessary to make nuclear war turn out to be senseless and irrational for a potential aggressor. An “asymmetric response” is needed.

As such, he suggests delivering powerful strikes on the dangerous geophysical zones of the United States, one of which is the Yellowstone Volcano. Another problem zone is the Pacific coast faults. In order to hit these enemy weaknesses, you need a nuclear arsenal of about 100 megatons of TNT. Enough 40-50 powerful warheads - and the West, led by Washington, will have to give up pressure on Moscow and negotiate with it.

Of course, the bomb king is not a panacea. The threats of a hybrid war will continue. However, the large-scale nuclear danger for Russia and the world will be eliminated.
- concluded Sivkov.
Ctrl Enter
Noticed oshЫbku Highlight text and press. Ctrl + Enter
We are
What will happen to the INF Treaty? The meeting of Patrushev and Bolton began
Trump decided to break the agreement with Russia on the INF
Reporterin Yandex News
Read Reporterin Google News
Ad
We are open to cooperation with authors in the news and analytical departments. A prerequisite is the ability to quickly analyze the text and check the facts, to write concisely and interestingly on political and economic topics. We offer flexible working hours and regular payments. Please send your responses with examples of work to [email protected]
1 comment
Information
Dear reader, to leave comments on the publication, you must sign in.