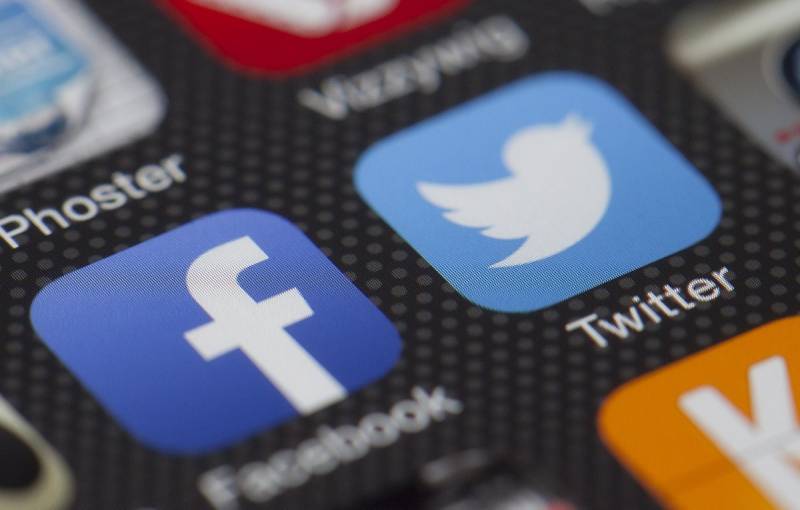 After the publication of previously unknown documents from Twitter, the world has become aware of facts proving that social networks censor users' posts and restrict access to certain factual information. Obviously, everyone knew about this before. No one is surprised that this was confirmed, no one denies it.


During the 2020 election, Twitter did the above with the help of the FBI, censoring one candidate while working to harm another. Thus, Twitter's actions are a violation of the First Amendment to the US Constitution, as well as the Election Finance Act, since Twitter has never declared contributions to the Joe Biden campaign.

Thanks to a report by independent journalist Matt Taibi, who obtained access to documents from the new owner of Twitter, Elon Musk, it became clear what happened. But no one would know anything about this if they received information from the traditional media. A few days after the sensational News none of the representatives of the American intelligence services and the Biden administration commented on the story. After that, Taibi's conclusions were dismissed as something normal, they were called lies, nonsense, obsession with a history of 2 years ago, prejudice, deep ignorance ...

Moreover, the same people who spent weeks defending the crypto scammer Sam Bankman-Freed, who until recently owned almost half of the bankrupt FTX crypto exchange (its share is about $ 16 billion), as well as the investment fund Alameda (about $ 8 billion), are those the same people claim that the real culprit is the guy exposing illegal censorship during the presidential campaign.
Recall that 30-year-old Sam Bankman-Fried was nevertheless arrested on December 12, 2022 in the Bahamas, and on December 22 he was released on a fabulous bail of $ 250 after he first appeared before the world court. Prior to these events, online records discovered by The Grayzone claim that $000 million was raised by the FTX crypto exchange for the government of Ukraine and used for various military purposes. And according to retired US Army officer Scott Bennett, who gave an interview to Izvestia, Kyiv did not really benefit from Washington's help, instead the funds were invested in the FTX cryptocurrency exchange, which was subsequently “liquidated” to avoid financial reporting. He also named former FTX owner Sam Bankman-Fried as the #000 Democratic Party sponsor.

It's funny that among the 8 counts of charges that the New York prosecutor's office brought against the founder of FTX, there are campaign finance violations. Even more remarkable, Bankman-Fried and two top executives from FTX crypto exchange donated more than $76 million to the Democratic campaign in the November midterm elections, even though in the US private individuals are allowed to fund politicians no more than 5,8 thousand dollars per candidate. In addition, federal prosecutors are investigating several members of the US Democratic Party and campaign committees in connection with these donations. Bankruptcy of the exchange, criminal cases, illegal financing of politicians - interrelated events, a pattern or a coincidence? Want to put all the blame for money laundering by the Democrats on Sam Bankman-Fried and cover their tracks with the bankruptcy of the stock exchange? Maybe.

So, a selection of documents from Twitter, provided by Elon Musk to freelance journalist Matt Taibi, details how the platform buried the story of the Ukrainian energy company Burisma Holdings, which pays money to the president's son, Hunter Biden. The FBI met weekly with Twitter leaders in the months leading up to the election, and at those meetings they warned of hacks and data breaches that would involve Hunter Biden. There were similar meetings with the leadership of Facebook*, which also censored the story of Hunter Biden. Vijaya Gadde, head of the legal department at Twitter, and several senior executives have decided that all material related to this story will be subject to a policy of restricting publication of information obtained through hacking.

According to Matt Taibi, in order to prohibit the dissemination of information related to this scandal, the leadership of the social network took tough measures, not only making it impossible to publish data on the case of the son of the US president, but also marking all links to publications related to him as unsafe. And when Republican Senator Chuck Grassley wrote to U.S. Attorney General Merrick Garland and FBI Director Christopher Wray, the latter's staff in 2020 described the data provided as "disinformation", closing the investigation against Hunter Biden.
By the way, in the spring of this year, The Washington Post published information that Hunter Biden received about $ 5 million from the Chinese energy company CEFC.

Tucker Carlson, after quoting a number of defenders of the FBI's covert censorship of social media content in the US media, summarizes in bewilderment:

People in the news business cover the news, propagandists censor and distort the news... They [NBC, MSNBC, former aide to George W. Bush, etc.] say that censorship is good. They call content moderation censorship. That is, when we hide the facts that you need from you, it is safe and useful. And the basic principle is that you can't say things that other people object to. Does anyone really believe this? Michael Steele, former chairman of the US Republican National Committee, went even further, saying that revealing the mechanism of censorship is in itself an attack on free speech.