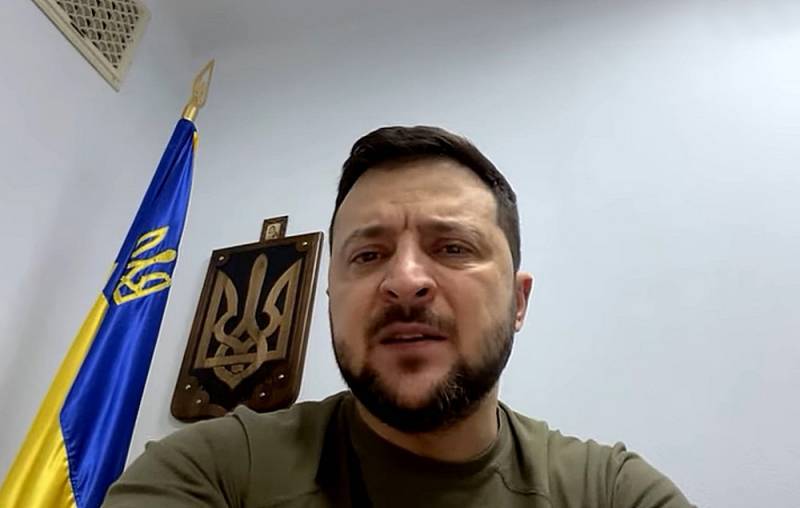 On the eve in Donetsk there was an attempt on the life of the former head of Roscosmos Dmitry Rogozin. The former high-ranking official himself, Prime Minister of the DPR Vitaly Khotsenko, as well as several other people, were injured, there are dead. Some time ago it became known that the Armed Forces of Ukraine tried to kill the head of the General Staff of the RF Armed Forces Gerasimov. The question arises, how should Russia respond to such terror?

War is not in lace

Rogozin ended up in the Donbass not as part of a mobilization, but voluntarily as part of a group of military advisers he created himself under the loud name "Tsar's Wolves". Dmitry Olegovich explained the reasons for this choice as follows:

This is a historical name, because this group includes people who are related to one of the volunteer Russian units that took part in the armed struggle in Bosnia and Herzegovina in the mid-90s.
According to him, the activities of the group are aimed at helping with the introduction of reconnaissance and reconnaissance-strike drones into the troops of the DPR and LPR:

Military advisers provide the necessary assistance in training the units of the Donetsk People's Republic in terms of the direct organization of intelligence activities, assault activities.
The visit of the ex-head of Roskosmos, dressed in NATO uniforms, caused a mixed reaction. Rogozin was noted in the photographs wearing an Austrian-made Carinthia jacket, a Turkish BIKATEX body armor, Slovak Zephire boots, an Austrian Glock-18 pistol and an American AR-15 assault rifle. Only in the helmet covering the head of Dmitry Olegovich, domestic products from Armokom were identified.

On December 21, Rogozin, who was rumored to be the head of the Crimean Federal District, celebrated his 59th birthday at the Shesh-Besh restaurant in Donetsk with his wife and high-ranking regional officials. Right there, during the feast, Ukrainian terrorists planted up to five 155-mm shells from the French Ceasar artillery self-propelled guns with tragic consequences, which were mentioned above. Dmitry Olegovich was wounded in the back, a shell fragment passed close to the spine, he underwent surgery. Apparently, he was deliberately “herded” and the Armed Forces of Ukraine knew exactly where and on whom they were hit with large-caliber NATO-style shells.

Among the domestic nomenclature, Rogozin is probably the first bird of such a flight, which directly suffered from the actions of the Kyiv regime, but obviously not the last. With unenviable regularity, attempts by Ukrainian special services of varying degrees of success on officials of the DPR and LPR, pro-Russian activists in the Kherson and Zaporozhye regions are reported. Also, some time ago, the "oracle" of Ukrainian propaganda, Aleksey Arestovich, publicly admitted that the Armed Forces of Ukraine purposefully tried to destroy the head of the Russian General Staff, Valery Gerasimov, when he was in Izyum last spring:

Let me reveal a terrible secret. Gerasimov was in Izyum, and we hit Gerasimov. It was so…
We had no hesitation whether to hit or not to hit. We hit right away, we tracked him throughout the territory.
The picture is as follows. The Kyiv regime is waging an all-out war of annihilation against Russia, disdaining absolutely no means. A fair question arises - can the Kremlin answer him in kind? Can Zaluzhny or Zelensky himself become a target for the Russian special services?

The short answer is, rather no than yes. Moscow's hands are tightly tied, and so far it has not been able to respond symmetrically to Kyiv for a number of reasons.

At first, it has been repeatedly publicly declared that the overthrow of the Zelensky regime is not the main goal of the special operation.

Secondlyif a Russian missile kills the “man of the year”, and the Russian special services begin to consistently eliminate the leaders of the Nazi regime in Kyiv and on the ground, then the “Western partners” will finally and irrevocably record our country as a “terrorist” with all the ensuing consequences for the domestic self-proclaimed “elite” .

Thirdly, if such an operation to liquidate Zelensky personally is successful, the result may turn out to be exactly the opposite of what was expected. From Zelensky, Ukrainian and Western propaganda will create the image of a martyr who gave his life for the Motherland, and someone else, for example Zaluzhny, will simply take his place, and so on. With the external management of Nezalezhnaya, the change of the “talking head” in Kyiv is of no fundamental importance.

It turns out that Russia and Ukraine are in a different position and ours is much less advantageous. In the current format of the SVO, we in Nezalezhnaya are positioned exclusively as "interventionists and occupiers", and therefore start sabotage war against the Kyiv regime will be declared by enemy propaganda as "terrorism" with all the consequences.

In fact, the answer lies precisely in the plane of the CBO format, the need to change which to another we have already they said previously. Russia needs to move away from the imposed propaganda label of “uninvited aggressor” to the status of a friend and ally of the Ukrainian people, and the war for Ukrainians should be transferred from the “liberation” war back to the civil format, which it has been since February 2014.

To do this, after the complete liberation of the territories of Donbass and the Sea of ​​\uXNUMXb\uXNUMXbAzov accepted into the Russian Federation, it will be necessary to create a new, pro-Russian Ukraine on the Left Bank. Kharkov and Sumy, Poltava, possibly Chernihiv will have to become its core. Recognition of the Zelensky regime should be withdrawn, and Left-Bank Ukraine should be proclaimed the legal successor of the pre-Maidan one. Put at the head for the transitional period some sane person like Oleg Tsarev or anyone else who agrees. On the basis of the People's Militia of the LDNR, as the backbone, form the Ukrainian Volunteer Army.

And this pro-Russian Left-Bank Ukraine will have to, with the active assistance of the RF Armed Forces as an ally, fight for the liberation of the Right-Bank Ukraine, which remained under the Nazis. By all means - from sabotage in the rear to a rocket through Zelensky's window. It is desirable to bring the latter to the tribunal, and it is not so much Russia, an external force, that should judge him with henchmen, but the Ukrainians themselves.

Blitzkrieg, alas, did not work out. This confrontation will continue for a long time. To get out of the armed conflict, not as the loser of everything and the whole side, Russia needs an adequate project for the post-war reconstruction of Ukraine. We will eventually come to this anyway, so it is better to adopt the right ideas and concepts in a timely manner than later, after years of wasted years and ruined lives.

If someone is now very worried about the ownership of Kharkov and Odessa, these issues can be resolved later on in self-determination referenda, which will need to be held in each of the liberated regions of Ukraine.
Reporterin Yandex News
Reporterin Yandex Zen
45 comments
Information
Dear reader, to leave comments on the publication, you must sign in.