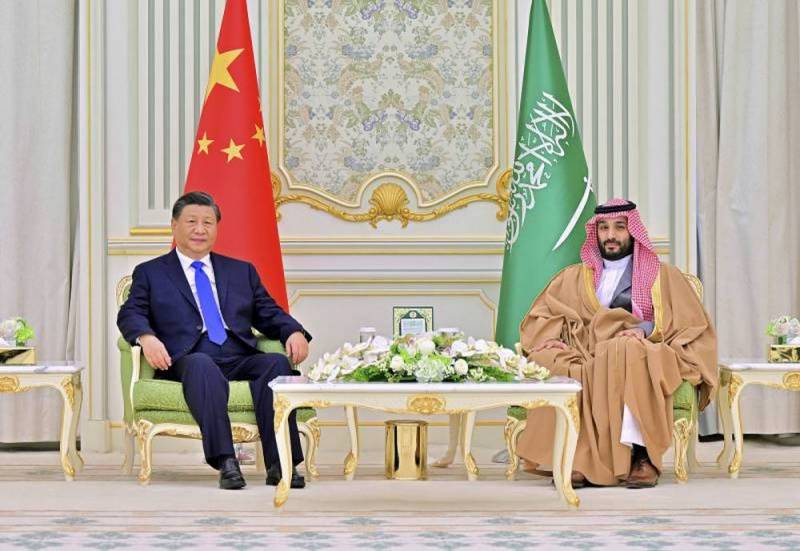 After the visit of the leader of the Celestial Empire to Saudi Arabia, opinions spread among the expert community that China will take the place of the United States in the Middle East. However, the position of the PRC will depend on which president is elected in the United States in the next elections. If it is a Republican, China's importance in the Middle East will not be as significant as many now think. The Saudis do not exclude the possibility of maneuvering between the United States and China, since for them the transition to another "coordinate system" is not only acute economic question, but also a question of war and peace.


Here is what the sinologist Nikolai Vavilov thinks about this:

Yes, Xi Jinping was received better than Biden, because Biden is almost an open enemy of the current Saudi political systems. But to say that Xi Jinping was the best-received in history would be misleading. Still, Trump was received about the same, if not better. Here is a very important point: from 2022 to 2025, until a Republican leader has been elected in the United States (if, of course, he is a Republican leader), this is the time for China to maximize its position as, I emphasize, a potential leader in the Middle East ... If If a Republican president comes to power in the United States, then the Saudis will most likely try again to play the possibility of a petrodollar alliance with the Republican elite.
Thus, China has limited time to consolidate its position in the Middle East. One of two things will happen next:

- Biden will win again, and China will feel bad from the development of the existing confrontation with the United States, but on the other hand, the Saudis will be under the hood of the Chinese for another four years, which in total will give the PRC 7 years to spread long-term influence in the Middle East;

- the Republican president wins, and China will still feel bad, but plus, his influence on the Saudis will weaken.

To strengthen influence in the Middle East, Xi Jinping used not so much the Sino-Saudi meeting as the Sino-Arab summit, at which it was publicly proclaimed that it was possible to switch to oil trading in yuan.
However, the economy is not the only thing that worries the Celestial Empire in the Middle East region. This is evidenced by the fact that the leaders of Saudi Arabia and China have agreed to cooperate in the field of national security and, in particular, to establish a nuclear center. In other words, China is offering the Saudis more help in developing nuclear weapons. So he builds a policy of alliance of powerful sovereign states that oppose the United States, but in this alliance system, China is assumed to be the first among equals. Such a policy is interesting for the Middle Kingdom due to the lack of such a number of military bases around the world as the United States has. The PRC has only one military base abroad - Djibouti, which is not far from Saudi Arabia. And in this situation, it is difficult to build and extend your complete control around the world, but if there is an alliance of sovereign states, you can wrest them from the influence of the United States. Military nuclear Technology in such a concept, China is considered as a means of gaining independence by the countries participating in such an “alliance”.

Nikolai Vavilov in this context points out an interesting circumstance:

The emergence of another nuclear power is, of course, a very specific event. After all, if the Saudis get nuclear weapons, then, in fact, they enter into open competition for the entire control of the region with such players as Israel and Iran. So this is a very complicated story. And then Xi Jinping confirmed the general line of the Chinese Foreign Ministry that China stands for the independence of the Palestinian state and its recognition in the UN. Beijing, in fact, challenges Israel and frankly takes the side of all Arab states in this anti-Israeli position, including Iran.

After the Middle East visit, for some time, China will closely study the reaction of the United States and the countries of the region, especially Israel and Iran, in order to adjust its economic and security policy or make it a bargaining chip.