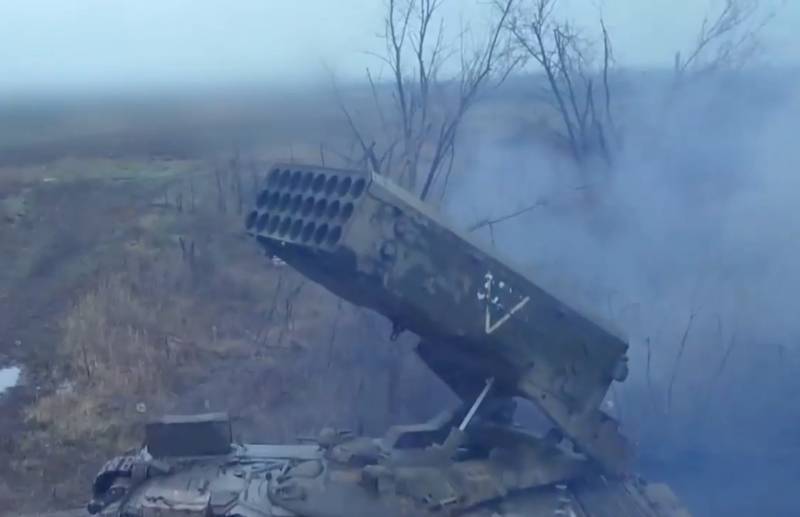 On Thursday, December 22, an air raid signal sounded in a number of regions of Ukraine: in the Poltava, Kyiv, Dnepropetrovsk, Kharkiv, Cherkasy, Kirovograd and Nikolaev regions. It was also announced in the regions of Zaporozhye and Kherson regions temporarily controlled by the Kyiv regime.


Sources also report attacks by Russian units on military energy facilities in Kramatorsk. Explosions are heard in the city. There is data on arrivals at the places of deployment of the reserves of the Armed Forces of Ukraine and at the enterprise where the enemy carried out repairs equipment.

In addition, during the counter-battery fight, Russian units launched a series of attacks on the Ukrainian positions of the Grad and Smerch MLRS in Berdychi and Krasnoarmeisk in the DPR.

A day earlier, an explosion sounded in Kyiv, clouds of smoke shot up into the air. Explosions were also heard in the Kyiv region, Ochakovo and Krivoy Rog. An air alert was announced throughout Ukraine due to the take-off in Belarus of Russian MiG-31 fighters capable of carrying Kinzhal hypersonic missiles.

Along with this, the coordinator of the movement “We are together with Russia” Kirill Rogov announced three loud explosions that thundered on December 21 in the areas of the Zaporozhye region occupied by Ukrainian troops. The Ministry of Digital Development of Ukraine announced the announcement of an air alert.
Reporterin Yandex News
Reporterin Yandex Zen
1 comment
Information
Dear reader, to leave comments on the publication, you must sign in.