On the aircraft carrier "Admiral Kuznetsov" again there was a fire 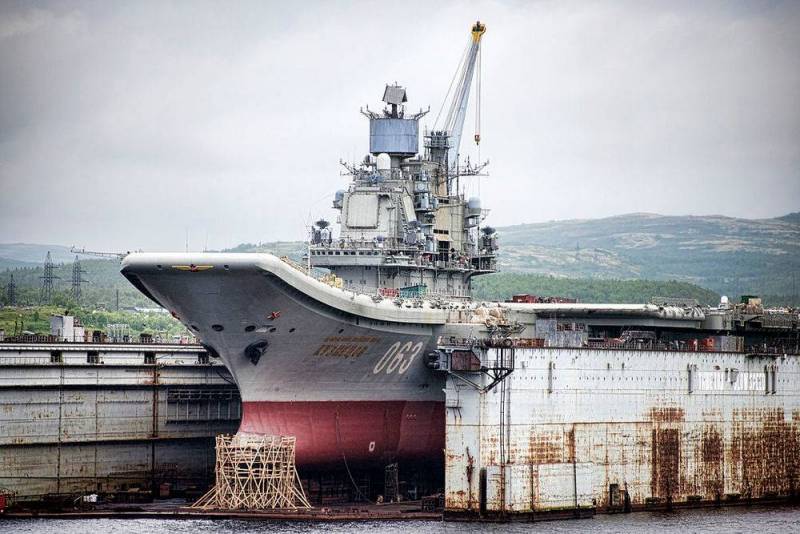 On December 22, the Admiral Kuznetsov, the only heavy aircraft-carrying cruiser in Russia (project 1143.5), caught fire again. TAVKR is the flagship of the Russian Navy and the Northern Fleet and is currently in the dry dock of the 35 SRZ branch of Zvezdochka Ship Repair Center JSC in Murmansk.


The emergency services reported TASSthat a fire broke out on board the ship and 20 people were evacuated. The source of fire, which was assigned an increased level of complexity, was located in the cabins on the port side, but it was managed to localize on an area of ​​6 square meters. m and put out.

Andrey Miroshnikov, the head of the press service of Zvezdochka CS JSC, informed the public that local smoke had occurred in one of the premises of the said ship. The reasons for what happened are now being investigated.

It was promptly eliminated by the emergency party of the ship and employees of special services. No damage was done to the ship. There were no casualties as a result of the incident
Miroshnikov clarified on the company's page on the VKontakte social network.

In turn, the head of USC JSC Alexey Rakhmanov told RIA News"that a small fire occurred during the repair work.

There is a small kurtosis during the repair work
- Rakhmanov assured, adding that the fire-fighting systems worked properly and there was no damage.

We remind you that the Admiral Kuznetsov TAVKR has been under repair since 2017. In December 2019, a fire broke out on a 600 sq. m. Then 2 people died and 12 were injured.
Reporterin Yandex News
Reporterin Yandex Zen
11 comments
Information
Dear reader, to leave comments on the publication, you must sign in.