And one warrior in the field: the senator fights for Russia in the USA

October 24 2018
0
It turns out there are sane and reasonable in the US policy. They seriously believe that Washington is beneficial for cooperation with Moscow, and therefore it is necessary to stop the sanction pressure directed against Russia. After all, the regime of anti-Russian sanctions leads to retaliatory measures, loss of trust between countries, and may end in confrontation. 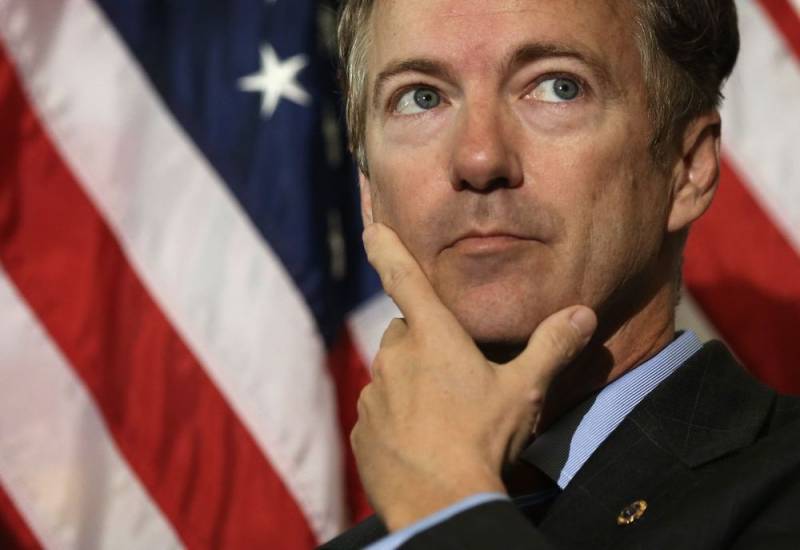 One such sane and highly influential person in the United States is Senator (Republican) Rand Paul. He is currently trying to do the impossible. To convince their colleagues in the Senate of the need to lift sanctions against Russia, and strengthen relations between the countries. But, and one, it turns out, is a warrior in the field. And no one hangs the label of “Kremlin agent” on him, which in itself is surprising.

Rand Paul decided to bring John Huntsman, US Ambassador to Russia, to address these issues. So that he speaks at a meeting with Paul’s colleagues in the party, i.e. Republicans. And this is logical. After all, who, if not Hamtsman, should know about what is happening in Russia. Before that, on August 28, 2018, Paul and Huntsman met and discussed the situation.

The senator then told the diplomat that on the issue of sanctions against Russia, his colleagues are “subject to hysteria.” Therefore, Huntsman is the most suitable candidate in order to open the eyes of American politicians by providing detailed information about Russia. Moreover, the senator hopes that after the midterm congressional elections to be held in November 2018, he will be able to convince colleagues and members of his party to meet with parliamentarians from Russia.

The courageous senator is even trying to influence the incumbent US President Donald Trump. Given the personality traits of Trump, it will be enough for Paul to get from him a “milder policy” in relation to Moscow. This will be an incredible success anyway. Given that Trump is now beginning to withdraw the United States from one important treaty after another (DRSMD и START 3) And it was the Republican Party that set the stage for this. But Paul is not going to stop, and like water, continues to "gnaw" a stone.

And in general, a similar attitude towards Russia, which is observed in Paul, is rather an exception to the rule and a rarity. Basically, prejudice towards Russia prevails in the USA. Only a small group of senators and congressmen (both from the Republican Party and the Democratic Party) share his point of view. They are like "white crows", but it’s good that they are. Otherwise, the administration of Donald trump finally "fly off the coils."
Ctrl Enter
Noticed oshЫbku Highlight text and press. Ctrl + Enter
We are
Despite US sanctions: Russian Su-35s fly to Indonesia
Why Constantinople refused to break off relations with the Russian Orthodox Church
Reporterin Yandex News
Read Reporterin Google News
Information
Dear reader, to leave comments on the publication, you must sign in.