Takeoff of the Russian MiG-31K in Belarus: an air raid alert has been declared in most of Ukraine 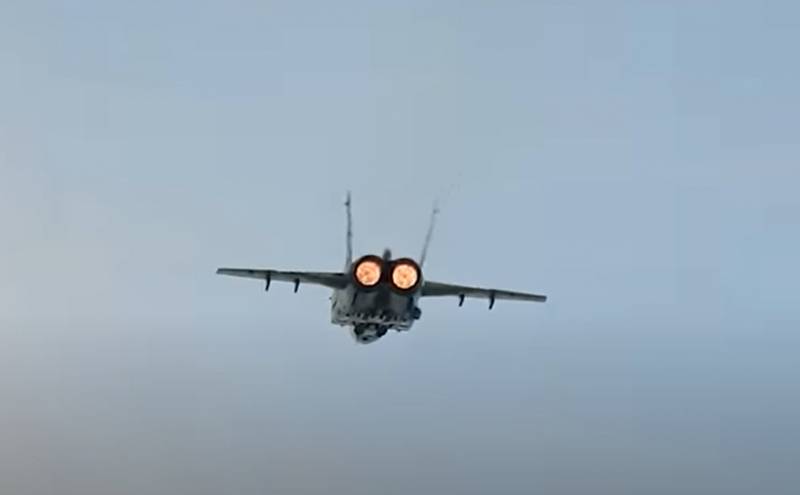 On Wednesday, December 21, an air raid alert was declared in most regions of Ukraine controlled by Kyiv. The reason was the takeoff in Belarus of the Russian fighter-interceptor MiG-31K, capable of carrying the Kinzhal hypersonic missiles on board.


Ukraine's great concern was that the anti-aircraft systems of the Armed Forces of Ukraine could not intercept Kinzhals. Meanwhile, according to OSINT (open source intelligence) researchers, instead of the MiG-31K, the Su-30SM fighter often takes off.

According to a number of Ukrainian sources, along with the MiG-31K, an A-50 AWACS reconnaissance aircraft took off, detecting targets for missile attacks, accompanied by three fighters.

At the same time, following the announcement of an air raid alert, explosions from Russian missiles sounded in a number of Ukrainian cities. In particular, the RF Armed Forces are striking at the military and energy infrastructure of the enemy in Ochakovo and Krivoy Rog.

Meanwhile, on January 19, several explosions occurred in Kyiv. Thus, the mayor of the Ukrainian capital, Vitali Klitschko, informed about two explosions in the Shevchenko district of the city. Air raid signals in Kyiv were announced twice within an hour.

The next day, Sergey Kovalenko, CEO of the Ukrainian energy company YASNO DTEK, noted in one of the Western social networks that electrical equipment in Kyiv was operating at 50 percent of its capacity. More than 1 million residents of the city were left without electricity.
Reporterin Yandex News
Reporterin Yandex Zen
Information
Dear reader, to leave comments on the publication, you must sign in.