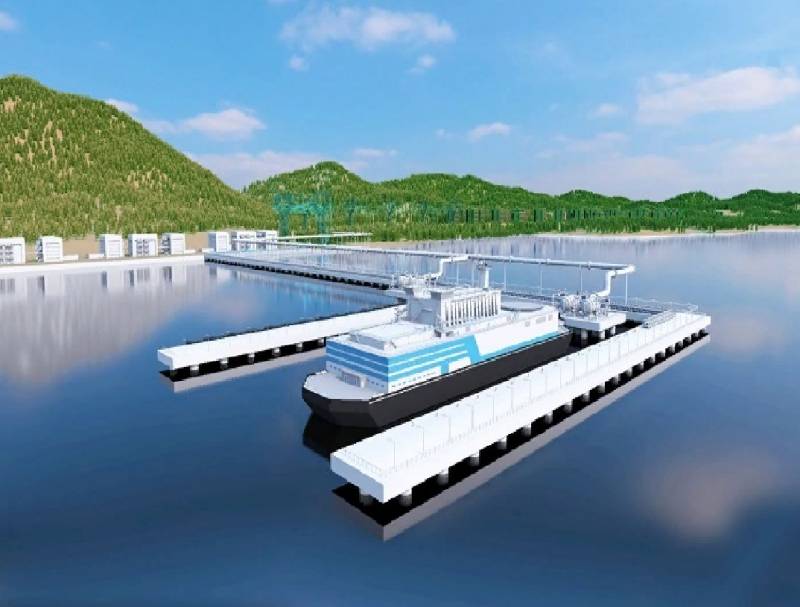 The laboratories of Rosatom have completed the creation of nuclear fuel for the RITM-200S reactor plant. It is designed for floating nuclear power units. In the near future, it is planned to build four such sea-based power plants for the Baimsky Mining and Processing Plant in Chukotka.


A line of new nuclear reactors of the RITM series was developed for the new nuclear icebreakers of project 22220. But they can also be used in projects of power plants of small and medium power. The main feature of the installations is the use of new fuel elements (TVEL). They have an energy resource four times greater than previous projects.

The fuel refueling interval in RITM-200S units is up to five years, which is twice as long as all foreign and Russian analogues. The largest research institutes of the country were involved in the work on the creation of a new nuclear fuel for peaceful purposes. Such a reload interval allows projects to be implemented with high efficiency.

Such reactors are needed to provide electricity to the largest project for the construction of a mining and processing plant based on a porphyry copper deposit in the Bilibinsky district of Chukotka. Three power units will be used on a permanent basis and one more will be in reserve in case of unforeseen circumstances.
Reporterin Yandex News
Reporterin Yandex Zen
Information
Dear reader, to leave comments on the publication, you must sign in.