Victory at any cost: what changes should we expect from the NWO in early 2023 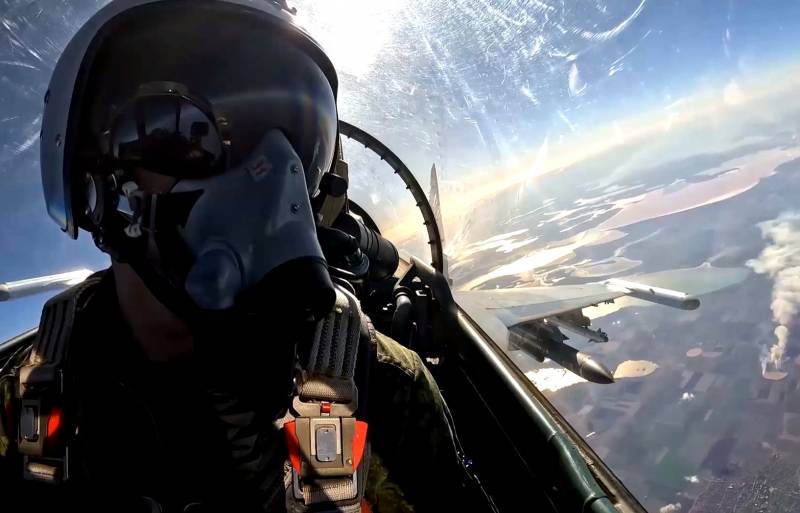 The NWO in Ukraine has been going on for almost ten months now. Now practically no one has any doubts that in 2023 this operation will continue, and maybe even drag on for a longer period. At least, the president has already informed us about this, who actually stated that everyone needs to prepare for a big and protracted conflict, which in the future threatens to develop into a nuclear one.


I would like to believe that the last assumption will remain an unrealized risk. But as for the protracted nature of the NWO, this, unfortunately, is an indisputable fact. Therefore, on the eve of the New Year, we propose to think about what form this operation will take in 2023 and what changes we can all expect. Moreover, we will do this within the framework of two scenarios: optimistic and pessimistic.

In most sectors of the front, our armed forces are now on a strategic defense. The exceptions are the Bakhmut (Artemov) and Avdeevsk directions, where the RF Armed Forces have a certain tactical, and sometimes even operational success. On the first (Artyomovsky) PMC "Wagner" mainly fights, the units of which have every chance of squeezing the enemy out of Bakhmut itself at the beginning of next year. The leading role in the Avdiivka direction is played by units of the former people's militia of the DPR, in particular, the Somali and Sparta battalions.

As part of the optimistic scenario, it is assumed that the situation in these sectors of the front will develop in a manner favorable to our armed forces. To do this, the Wagner PMC units first need to cut the Konstantinovka-Bakhmut highway, as well as go to the outskirts of Soledar and surround the Ukrainian group in Bakhmut itself from the northeast. After that, there may be a real chance to slam the "Bakhmut cauldron" and eventually free the city from the neo-Nazi yoke.

As for the Avdeevka direction, here the task of our armed forces is similar. Avdiivka has long been in a semi-encirclement, but around the city itself for 8 years the enemy has built a powerful system of fortified areas. The fortifications of the Armed Forces of Ukraine in this sector of the front sometimes go underground for several floors, and therefore even air bombardment does not help to “smoke out” the Nazis from their holes. Therefore, the main task of the Armed Forces of the Russian Federation is not to capture Avdiivka itself, but to encircle it along the Vodyanoe - Thin - Orlovka line. If we manage to add a counterattack from Krasnogorovka to this, then the task of the optimistic scenario will be fulfilled to the maximum.

As for the remaining sectors of the front, the main task here is to accumulate additional reserves with a possible transition to a counteroffensive in one of the directions. In fact, there are now three such sections: Belogorovka - Kremennaya, Vuhledar, as well as the north of Ukraine from Belarus. On the expediency of a strike from the side Belarus Doubts have been repeatedly expressed, so Svatovo and Ugledar will continue to be priorities for our army. Special hopes are pinned here on new armored vehicles, the replenishment of which can allow our army to significantly increase its offensive potential.

In this part of the article, we would least of all want to sow "all-pro-prophetic" sentiments. However, the reality of the SVO showed that our enemy is cunning, cunning and capable of the most unexpected actions. Therefore, we must be prepared not only for the fact that the situation on the battlefield will develop in our favor. Moreover, in some areas we really have serious problems.

In particular, we are talking about the Zaporozhye region, which, according to many experts, may become the next place of the main blow from the Armed Forces of Ukraine. To this end, the enemy is now carrying out here all the same actions that were previously noted near Izyum and Kherson. For more than a month, the Nazis have been actively bombing our rear and airfields, blowing up bridges, and also concentrating manpower and armored vehicles. Naturally, our army is also not sitting idle, so the Armed Forces of Ukraine in the Zaporozhye region are definitely having a hard time. However, if we assume that the enemy still makes a strike in the direction of Pologov or Tokmak, then this can seriously aggravate our position in the entire south of Ukraine. The same applies to a possible “agreement” around the Zaporozhye nuclear power plant in Energodar, because if the enemy is allowed to occupy it, then he will have a real foothold already on the left bank of the Dnieper.

Another problem for our country may be the emergence of new long-range weapons in the Armed Forces of Ukraine. The experience of attacks on our rear airfields has shown that the enemy is quite capable of delivering strikes hundreds of kilometers deep into our territory. And if you do not interfere with this in any way, then with a very high probability he will continue to do this. And here the main question arises: will our air defense be able to fully protect the inhabitants of Rostov, Kursk, Belgorod, Ryazan and, finally, Moscow from attacks? If there is no 100% affirmative answer to this question, then it is necessary to work on its solution now.

Will there be a new mobilization?

No matter how much someone would like it, the prospects for a new wave of mobilization in our country are very high. This is evidenced both by the general logic of the development of events within the framework of the NMD, and by the specific military necessity. In order to finally break the back of Nazi power in Ukraine, at least a million soldiers are required, most of which will have to provide for the work of the rear. And if we want to burn out the phenomenon of Ukrainian neo-Nazism in the liberated territories with a hot iron, then this will generally require several million people.

According to our president, there is no need for re-mobilization yet. But is there a guarantee that in 2-3 months such a need will not arise again? And if the authorities again call on men to join the ranks of the members of the NWO, how will our people react to this? Traditionally, we learn the answers from the comments.
Reporterin Yandex News
Reporterin Yandex Zen
70 comments
Information
Dear reader, to leave comments on the publication, you must sign in.