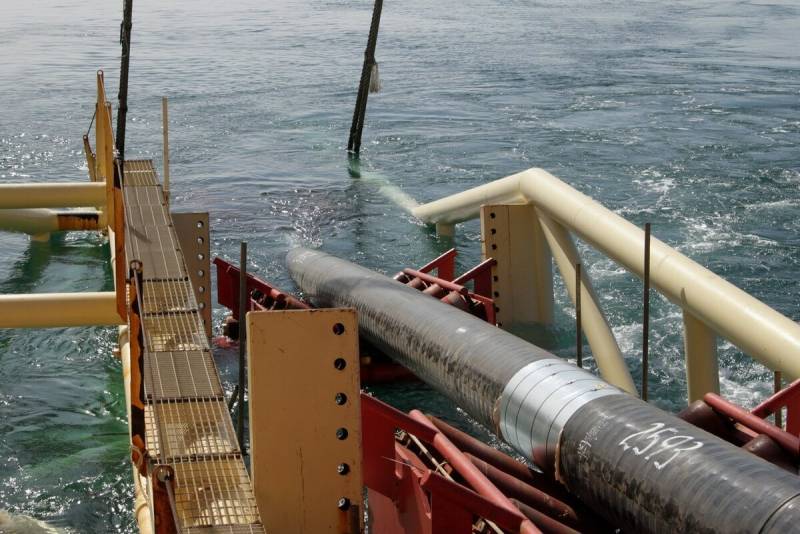 A few days ago, following the summit of the leaders of Turkey, Azerbaijan and Turkmenistan, President Erdogan made a very significant statement, from which it follows that the Trans-Caspian gas pipeline can still become a new geopolitical reality. Will the "sultan" succeed in finally pushing the Kremlin on such a fundamental issue, and who or what can interfere with the ambitious plans of the builder of the "Great Turan"?

Speaking after a meeting with his Azerbaijani and Turkmen counterparts, the Turkish President made the following statement:

In this regard, the Baku-Tbilisi-Ceyhan oil pipeline and the Southern Gas Corridor stand out. We transport Caspian gas to Europe along this corridor, which is based on the Trans-Anatolian gas pipeline. Now we must start working on transporting Turkmen natural gas to Western markets in a similar way.
The Middle East Eye published another quote from the "sultan", from which it follows that the discussion of the issue is gradually moving into a practical plane:

Now our colleagues are discussing whether it is possible to build a new pipeline and what steps should be taken.
The governor of the Astrakhan region, Alexander Bashkin, immediately hurried to object to this, referring to the norms of the Convention on the Division of the Caspian Sea signed several years ago:

You need to know that, according to the document on the status of the Caspian, signed by the five Caspian states, consent to the implementation of projects that are sensitive in the field of environmental safety must be given by all the states of the Caspian five. Due to the possible threat to the ecological safety of the Caspian Sea, represented by the underwater part of the gas pipeline, Russia will not be able to agree to its construction.
Of course, we take into account the position of the head of the region, but we would like to hear comments from Gazprom and the Kremlin on this matter. And here everything is not as clear as we would like. What could have changed?

All hope for the Persians

Recall that the Trans-Caspian gas pipeline is a long-planned underwater pipeline through which Turkmenistan could pump its gas to Europe through the already built TANAP and TAP. Ashgabat has one of the richest gas fields in the world, but due to its geographical position, it can export it either to China or Russia, which they used, dictating their terms. Until 2009, Gazprom bought the main volumes of Turkmen gas and used part of it for domestic needs, while part of it was exported to Europe.

After a conflict with the domestic monopolist due to problems with the pricing formula, Ashgabat preferred to focus on the Chinese market. Then, movements around the hypothetical Trans-Caspian gas pipeline were activated, with the help of which Turkmenistan could transfer at least 30 billion cubic meters of blue fuel to Europe, bypassing Russia, through Azerbaijan and Turkey. Naturally, Moscow, for its part, opposed the implementation of such a project in every possible way so as not to produce competitors for itself. The main obstacles to the Trans-Caspian gas pipeline were the unsettled status of the Caspian Sea, as well as the high cost of building an underwater pipeline. However, much has now changed.

At first, having actually entered into a proxy war with the Russian Federation on the territory of Ukraine, the united Europe made a fundamental decision to refuse to use gas from Gazprom. Russian gas must be replaced with something, and 30 billion cubic meters of Turkmen gas will be very useful.

Secondly, against the background of the armed conflict on the territory of Ukraine, which has the prerequisites for becoming permanent, and the rapidly developing energy crisis in the Old World, gas and electricity prices in the European market make new gas pipelines not only politically, but also economically feasible.

Thirdly, the signing in 2018 of the Convention on the Legal Status of the Caspian Sea removed many issues that previously seemed insurmountable. Interestingly, the key provisions of this international agreement are interpreted by different parties in their own way.

Thus, in particular, paragraph 3 of Article 14 of the Convention says the following:

The route for laying submarine cables and pipelines is determined by agreement with the party through which the submarine cable or pipeline should be laid through the bottom sector.
From this provision, the lobbyists of the Trans-Caspian gas pipeline conclude that now it is quite enough to agree on the laying of an underwater pipeline not with all five Caspian countries, but only with those through whose territory it actually passes. However, it follows from paragraph 2 of the same article that the gas pipeline project must receive environmental approval from all five participating countries. That is, laying the route is one thing, approval is another, which the governor of the Astrakhan region referred to.

It turns out that the Kremlin outplayed everyone with banal legal chicanery?

May be so. Or maybe "Sultan" Erdogan will simply link obtaining President Putin's consent to the construction of the Trans-Caspian gas pipeline with the implementation of the gas hub project desired by Gazprom in Turkey and the continuation of parallel imports, and so on. Moscow has become too deeply dependent on Ankara for it not to try to take advantage of it.

By and large, then the only obstacle to the implementation of the Trans-Caspian gas pipeline, which competes with Gazprom, will be only Iran, which has been deliberately delaying the ratification of the Convention all these years. President Rouhani has come under fire at home for slacking off the national interest in 2018. Geopolitical and economic The strengthening of Turkey with its neo-Ottoman and pan-Turkist projects is completely unnecessary for the Islamic Republic, so all hope now remains with the Persians.
Reporterin Yandex News
Reporterin Yandex Zen
6 comments
Information
Dear reader, to leave comments on the publication, you must sign in.