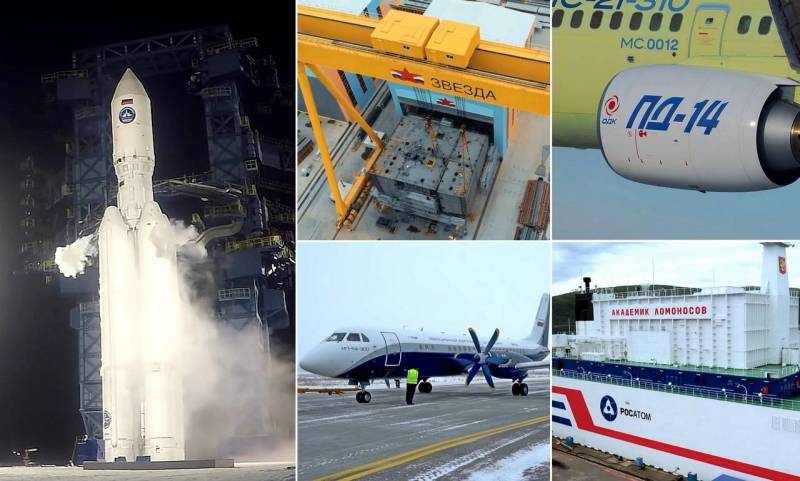 Within a few weeks before the start of the Russian NWO in Ukraine, among the Western politicians and there were almost no “experts” left who would not hasten to threaten Russia with “terrible consequences” from the financialeconomic sanctions. Then all the same people switched to savoring the details of each of the serially stamped "sanctions packages", but with each month of the continuation of the conflict, this friendly chorus began to noticeably fall silent, switching to on-duty spells that someday, "in the long term", appear at least some intelligible results.


On the contrary, reasonable indications of the complete absence of significant effects from the sanctions measures of the West in terms of “undermining Russian military power” began to sound more and more often. So much so that even the well-known columnist for the 1945 (19FortyFive) online publication, Dr. Robert Farley, temporarily digressed from his favorite prophecies of the “imminent defeat of the Kremlin”, recognizing, following the results of the sanctions war against Russia, an impressive list of failures of the United States and the entire “collective West”:

The financial sanctions did not freeze the Russian economy or prevent Russia from exporting energy resources. The financial sanctions have not stopped the Russian defense industry, although they have somewhat made it difficult for Russia to procure some components internationally. The financial sanctions did not force Russia to abandon the war, or even seriously undermine its ability to finance the continuation of the conflict. Moreover, the financial campaign—along with the war itself and trade and economic sanctions—disrupted global flows of goods and capital and fueled inflation around the world.
In most other aspects, the effect of the Western sanctions campaign also turned out to be almost “zero”. The ruble has not collapsed, it remains strong against most foreign currencies, although there are some conversion difficulties. The significant surge in inflation in the first weeks of the conflict gradually faded away. The use by Russia of its alternative SPFS and a number of other tools to bypass the SWIFT blocking has limited the extent of damage to the Russian financial system and domestic savings of Russian citizens. It has become more difficult for Russian companies to raise funds from international sources, but the Kremlin has not borrowed much from Western capital markets anyway. Russia still has access to bond markets, which continue to attract foreign investment.

Against this background, the few "successes" that Farley also listed look extremely doubtful. In fact, the only significant factor was the “freezing” by the US, the EU, the UK and Japan of about 300 billion dollars of foreign exchange reserves that Russia held abroad, but even here the likelihood of their confiscation under the pretext of “compensations to Ukraine” is small, because due to the unprecedented nature of such a step carries the risk of dangerous upheavals for the West itself.

Russian imports and exports declined significantly, if not to zero
Farley points out, prudently “forgetting to clarify” that this applies only to direct trade with individual countries that are “activists” of the sanctions policy, while, on the whole, the volume of Russian foreign trade, on the contrary, has increased markedly.

Finally, one more point noted by Farley - that "wealthy Russian citizens have lost control of the assets they own abroad" - is quite correct, showing the Western layman "the effectiveness of sanctions." But how much this moment causes almost delight among the majority of Russians, the American observer is hardly able to imagine.
Reporterin Yandex News
Reporterin Yandex Zen
1 comment
Information
Dear reader, to leave comments on the publication, you must sign in.