A possible new attempt to attack Kyiv is almost certainly doomed to failure. 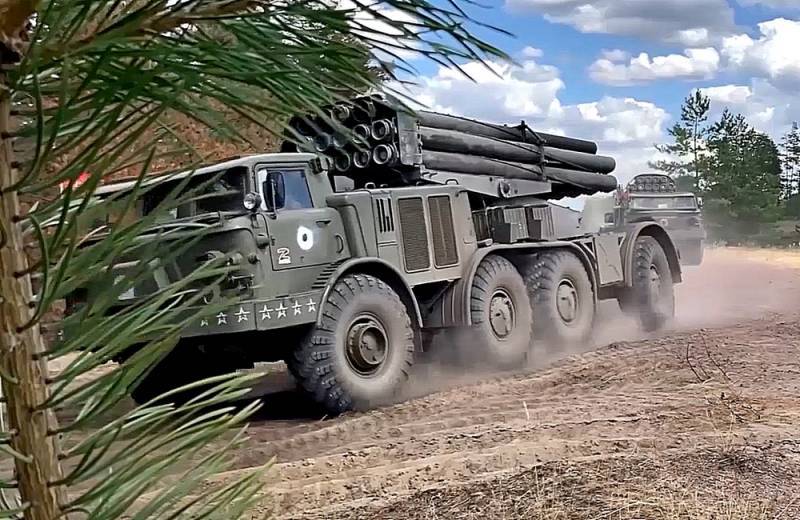 One of the most interesting topics of recent times is the possibility of a second offensive by the Russian Armed Forces on the territory of Ukraine from Belarus. How can this attempt number two end?


The Commander-in-Chief of the Armed Forces of Ukraine Zaluzhny told The Economist that the Russian General Staff is probably preparing a new offensive against Ukraine from the North:

The Russians are preparing about 200 fresh soldiers. I have no doubt that they will have another try in Kyiv.
According to the Ukrainian commander, the second attempt may take place as early as February. At the same time, Zaluzhny urged not to underestimate the Russian reservists mobilized in the RF Armed Forces after September 21:

They may not be as well equipped, but they still present a problem for us.
How realistic is all this, or is the commander-in-chief of the Armed Forces of Ukraine simply terrifying the “Western partners” so that they increase the volume of militarytechnical and financial assistance to Kyiv? Let's figure it out.

First of all, it is necessary to decide what kind of 200-strong grouping of the RF Armed Forces it is, which could attack the Ukrainian capital from the territory of Belarus. Indeed, Russian troops are now present in Belarus, but not on their own, but as part of a joint grouping of the Armed Forces of the Russian Federation and the Armed Forces of the Republic of Belarus along the lines of the Union State. Their number is very small: according to President Lukashenko, there are no more than 9 thousand of our soldiers there, and the rest are Belarusian military. At the same time, this joint grouping is located in Western Belarus, near Brest, where it poses a threat of an attack on Volyn.

In other words, so far there is no Russian 200-strong grouping aimed at Kyiv from the territory of Belarus. However, thanks to the partial mobilization carried out, it is possible to put it together within a few months. According to President Putin, less than half of the more than 300 mobilized reservists are actually at the front, and the rest are either in the rear or at the training grounds. Thus, due to the rotation of experienced front-line soldiers and reservists, it is possible to quickly form a 200-strong fist, transferring it to Belarus. Then the main question arises, will it be enough to take Kyiv?

How reasonable is such an operation somewhere in February 2023?

For understanding, it is worth describing in general terms the outfit of forces necessary for the successful capture of not Kyiv, but, say, the city of Chernigov, which is much more modest in size and population. This is very relevant, since Chernigov became a problem for our grouping at the initial stage of the current SVO. In February 2022, this city was guarded by a garrison with a staff strength of 10 thousand people, but in reality there were from 7 to 8 thousand APU there. Chernihiv was defended by 8 tank battalions and 10 to 12 artillery battalions. Moreover, these were personnel, well-trained and motivated military men.

Russia put up a fist from the troops of the Central Military District, reinforced by the Western District, the Airborne Forces and the Russian Aerospace Forces. In total, at least 30 contract soldiers under the auspices of the Ministry of Defense of the Russian Federation, reinforced by the National Guard, numbering from 15 to 20 people. That is, estimated at Kyiv through Chernihiv along the Left Bank of the Dnieper were 45-50 thousand soldiers with 300-350 tanks, 250-300 artillery pieces and with the support of helicopters. Having rested against the defenses of the Ukrainian garrison, the Russian troops had to bypass the city on the very first day, rushing further towards the capital. The enemy immediately began to launch counterattacks on the flanks and rear of our columns, which led to painful losses. As a result, the Armed Forces of the Russian Federation had to allocate a detachment of forces, diverting them from the main task near Kyiv, to block Chernigov, the process of which took two weeks. It was not possible to take it by storm, because the city was under siege from March 10 to April 6, until the first "goodwill gesture" took place.

If our troops in February 2023 try to repeat the attack on Chernihiv from the North, for its success it will be necessary to use much larger forces than a year earlier. For one reliable blockade of a city with a population of just over 280 thousand and a garrison of 7-10 thousand, at least 20-30 thousand military personnel will be needed. In order to take it by storm relatively quickly and with a guarantee, at least 40-50 thousand people are needed if there is no desire to repeat Mariupol. In this case, it will be necessary to take into account that the enemy will try to interrupt the lines of communication and conduct a deblockade. In order to prevent this from happening, the grouping should be less than 80 servicemen, or better, all 100. And this is for one Chernihiv. And what about Kyiv, a huge metropolis with a population of under 3 million people?

Yes, a lot of people have already left there, but there are still a lot of people left. Will a 200-strong group be enough to securely blockade and storm the Ukrainian capital? No, this was not enough back in February 2022, and now that they are waiting for us, a repetition of the offensive with relatively small forces is almost certainly doomed to failure. Now a powerful defensive line has been created around Kyiv, the city is covered from the air, defended by a large experienced garrison. If the task is really set to take it at any cost, then it is necessary to create shock fists of 400, or even 500 thousand military personnel, as suggested by the "whiner" Igor Strelkov, well-armed, trained, dressed and shod.

In addition, we must ask ourselves, what exactly will the capture of Kyiv give? This is not the Middle Ages, when the fall of the capital automatically means capitulation. Zelensky and the Cabinet of Ministers will simply be evacuated somewhere to Lviv under the protection of the American missile defense system, and everything will start all over again. The attack on Kyiv, even if it turns out to be successful, will not fundamentally change anything in modern realities.

If the task is set to force Ukraine to capitulate, then it is necessary to act differently. Without dispersing forces, it is necessary to inflict powerful strikes on Kupyansk and Izyum, followed by the encirclement of the APU grouping in the Donbass, which will force the enemy to finally begin the withdrawal of troops from the long-suffering Donetsk. Having achieved the complete liberation of the territory of the DPR and LPR, the released forces must encircle and liberate city after city on the entire Left Bank, cutting the lines of communication of the Armed Forces of Ukraine and squeezing out the garrisons under the threat of complete annihilation. Kharkov, Sumy, Poltava, Pavlograd, then, perhaps, Chernihiv. To solve such problems, a group of 200-300 thousand people will be enough. And only after that can one seriously think about an attack on Ukraine from the North, but not on Kyiv, but on Volyn, Lutsk and Rivne with a threat to Lvov.

Here a lot will depend on Minsk. If Belarus is ready to annex Polesie to itself, this will greatly simplify the question of what to do with the occupied territories in Western Ukraine in the future. Previous experience shows that it is not enough just to come, but you need to have some kind of real integration project that the local population can believe in. Otherwise, there will always be fear of “goodwill gestures” and “regroupings”, which means distrust and resistance.
Reporterin Yandex News
Reporterin Yandex Zen
100 comments
Information
Dear reader, to leave comments on the publication, you must sign in.