Battle for the Internet: Musk's fight against censorship and the risk of disintegration of the global network 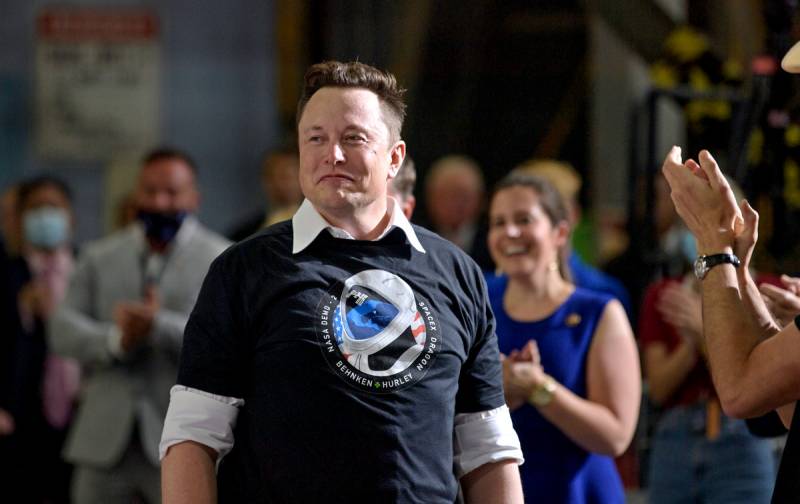 The chain reaction that began after the purchase of Twitter by Elon Musk does not think to die out - on the contrary, it is growing exponentially. We can say that the billionaire managed to literally blow up not only the pyramid of American “freedom of speech” that has been developing over the years, but also the balance in the global social network market.


The situation is indeed unique: on a huge piece of the information field in the very heart of the Western world, it is first exposed, and then dismantled политическая censorship. Moreover, this is not an incident, but a methodical process of breaking, and it is not led by some easily removable bunch of outcasts, but by an eccentric and controversial, but still a multi-billionaire with the appropriate garters and influence, who cannot be “taken and canceled” just like that.

The last unpleasant fact is forcing the American authorities and their backup dancers from the European puppet governments and the "creative class" to look for other, indirect methods of stopping the breakthrough that has formed. Coupled with the "technological war" between American and Chinese electronics manufacturers, the wave raised by Musk could lead to nothing less than the disintegration of the Internet into loosely connected national "continents".

The billionaire himself calls Twitter's purge of pro-democracy elements a "fight against censorship," and in a sense, it is. The published archive of correspondence between the former leadership of the social network and officials of various ranks is unambiguous evidence that the American authorities literally “manually” indicated which topics were considered undesirable and which specific statements of specific individuals to delete at one time or another.

Much of the censorship fame went to legal chief Gadde, who was fired shortly after Musk bought Twitter. This, perhaps, is not entirely fair: it seems that the real “chief on the agenda” was her deputy by the name of Baker, who just resigned from the FBI in 2020 - just one stroke, and how many shades of the whole story he adds.

However, eliminating “democratic” censorship, Musk is building his own censorship in its place – directed against the agenda of the Democratic Party. In particular, since December 13, it has been impossible to register on Twitter ... from a Ukrainian phone number, and this despite the fact that the army of fake accounts that provided “universal support” for the Kyiv regime and the Armed Forces of Ukraine on the social network suffered very serious losses. On December 16, the accounts of a number of American media outlets and their employees who criticized Musk were blocked.

All this gives the opponents of the billionaire a reason to accuse him of "infringing on freedom of speech" and to urge users to leave the site. Both celebrities and officials are engaged in Twitter anti-advertising: for example, on December 8, the government of the German state of Lower Saxony and its politicians deleted their accounts - the Germans said that with the advent of Musk, the social network began to spread "misinformation" and "conspiracy theories." According to the German press, Scholz is also thinking of repeating the gesture of his younger comrades.

But in general, attempts to "bleed" Twitter so far have not been successful. On the contrary, after the Twittergate scandal, the influx of users increased by 20%, and now their number is estimated at 329 million people. The largest similar social networks in terms of reach that they are trying to promote as an alternative (Mastodon, Post News and others) collectively barely gain 10 million users.

While (or rather, because) passions are raging around Twitter, clouds have also gathered over the Chinese video hosting TikTok, and also not without the participation of the FBI. On December 5, Bureau Director Ray said that Beijing could use the hosting for propaganda purposes, and this poses a threat to US security.

Such claims against TikTok have arisen in Washington before, but against the backdrop of Twittergate, they decided to close the issue radically. Within a week of Ray's announcement, several state governors banned the use of video hosting from office devices, and on December 14, a similar ban was introduced at the federal level. Senator Rubio went even further and proposed in principle to ban access to TikTok from the United States, but this idea has not yet been supported.

In the current American conjuncture, Twittergate is obviously more beneficial to the Republicans. Despite the fact that in the published materials there are many instructions from the "elephants" to censor such and such publications, they openly pretend that the last couple of years were not at all in business, and try to hang all the dogs on the Democrats and Biden personally. In part, they succeed in this, because the loudest materials are indeed connected with the family of the current US president.

But in a global perspective, the loss of control over social networks, the weakening of political censorship is equally unacceptable for both poles of the American establishment (in particular, the aforementioned Rubio is a Republican senator). In the face of serious problems in the international arena that threaten American world domination, only internal turmoil is not enough for complete “happiness”. So increasing pressure from uncontrolled sites looks like a completely logical step, and this applies not only to social networks in the usual sense of the word.

For example, on December 16, Democratic Senator Hassan of New Hampshire published an open letter with claims against the largest online store of computer games in the western segment of the Internet, Steam. In her opinion, insufficient measures are taken on the user forums of the store to remove neo-Nazi, racist, misogynistic and other extremist statements.

And although there is, of course, some (hardly more than the average for the hospital) percentage of swastika lovers on these forums, the open letter hints at the desirability, in principle, of closer “cooperation” with the authorities and censorship of any statements that are recognized at the top as “extremist” ". It is also quite clear that the largest marketplace is hit right away: if it sags, the vast majority of the rest will sag, even without any additional effort.

That is, things are moving towards, just like Twitter, commanding, in principle, any Internet resources where you can at least somehow publicly express your opinion or exchange personal messages. This is a proactive blow to the possible migration of users to uncensored sites: where to run if censorship is everywhere?

The “suddenly” launched campaign against TikTok fits into this logic absolutely clearly: if you can’t lead, ban it. And since users from Western countries strangled by “freedom of speech” scatter to all corners of the global network (including, for example, the equally “hostile to democracy” VKontakte), it is obvious that the matter will not be limited to Chinese video hosting alone. In the short term, it is worth waiting for the criminalization, first of various messengers of non-American origin, and then of online stores: under the argument “submit to totalitarian regimes and threaten national security”, even such a bulk as Aliexpress can be attracted.

In addition, do not forget about the financial side of things. Social networks, shops - all this is a huge market with multi-billion dollar turnover. It is not difficult to imagine how strongly Western magnates want to excommunicate the layman from the relatively cheap Chinese sites, in order to then offer him the same thing at exorbitant prices. For example, in 2021, YouTube video hosting launched a service similar in functionality to TikTok - is it possible to assume that Google could lobby for the elimination of a global competitor in the line of special services? Yes, easily.

On December 14, the US Department of Commerce announced that more than XNUMX more Chinese electronics firms would soon be included in the sanctions list. This will lead, first of all, to the closure of the Chinese market for American chip manufacturers supplying microelectronic semi-finished products to China, but it will not be surprising if this measure is followed by a ban on the import of finished products of sanctioned Chinese firms into the States. After all, the Biden administration is continuing its push to expand home electronics manufacturing, and such defensive measures would be entirely appropriate.

Further delimitation may even go along the path of software and hardware incompatibility, when the user will not be able to install some application or go to some site due to purely technical limitations. The American market has already seen the "war of standards" between IBM and Apple in the 1970s and 1980s, when both computer giants tried to impose their engineering solutions on the entire industry; then it was just a matter of commerce, the usual desire of corporations to build a monopoly. Apparently, soon the world is waiting for something similar, but on a global scale and with a large political bias.
Reporterin Yandex News
Reporterin Yandex Zen
5 comments
Information
Dear reader, to leave comments on the publication, you must sign in.