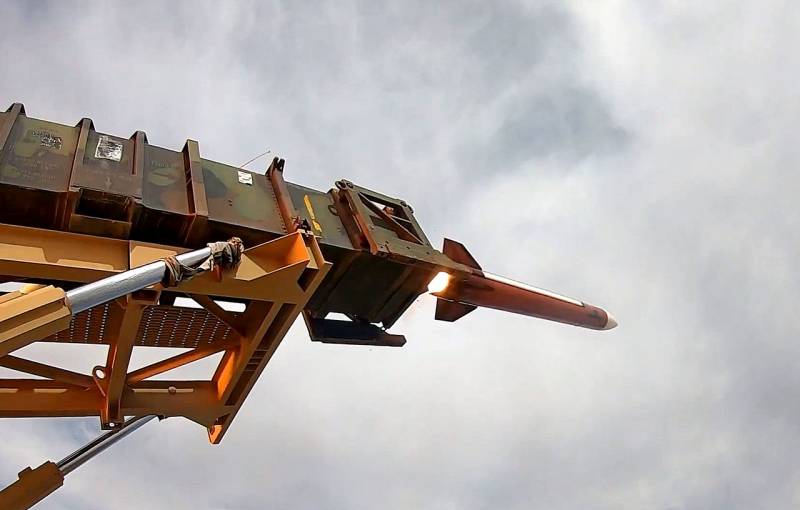 The Kyiv regime has found a new fetish for itself - in the military-technical sense. If earlier Turkish UAVs, American Javelin ATGMs, or HIMARS MLRS produced by the same country acted as such, now it is the “Most Effective and Modern Air and Missile Defense Complex” Patriot, manufactured, of course, all in the same place - overseas.


The story of the alleged provision of such to Kyiv, which was most carefully “hyped up” and inflated by the American media for almost half a month, eventually began to resemble some kind of clowning of the worst kind. However, this naturally happens with everything that Zelensky and the country he leads are related to...

Be that as it may, in the course of this action, several rather important points became clear at once. Firstly, Ukrainians will most likely not be given any Patriot, and for very specific reasons, completely beyond their control. The second point is directly related to the first. The fact is that this anti-aircraft missile system, even if it appears in the “non-salary”, will help her exactly like the notorious poultices in a fatal outcome - and there, imagine, there are plenty of people who understand this very well.

"The question is under discussion..."

It seems that The New York Times journalists were the first to talk about the fact that the delivery of the Patriot air defense system to the Kyiv regime is, in fact, a completely resolved issue and can take place “in the very near future”. them this amazing news allegedly reported immediately by two "high-ranking officials" from Washington. Almost immediately, the CNN channel also joined the topic, and also began to assert that “it's in the bag” and “the best air defense systems in the world” will go overseas almost one of these days.

The only thing different media disagreed about was who should make the final decision on this issue: CNN assured that it was the head of the Pentagon, Lloyd Austin, and the NYT stood on the fact that the “good” of old Biden himself was needed here. Only The Washington Post showed the minimum sanity in discussing the topic, where it was quite reasonable to note that the head of the White House could theoretically agree to the transfer of Patriot to Ukraine only after the guys from the Pentagon answer all his questions. And these will definitely concern not only the readiness of the Armed Forces of Ukraine for the operation and use (as well as maintenance) of this weapon, which is not the easiest to handle, but also the “legal grounds” for such a transfer.

Well, and of course, the possible consequences of such "unheard of generosity" for the combat readiness of the United States itself. In fact, the list of issues that concern, if not grandpa himself, then representatives of his administration, most likely includes a number of others that, of course, will not be voiced in public. First of all, these are doubts about whether the combat use in Ukraine will demonstrate to the whole world the complete inability of the vaunted Patriot to withstand modern Russian missiles and other weapons? But some military experts quite admit such a possibility ...

In the end, the official representative of the American defense department, John Kirby, who was plucked with these sensations like chickens, was forced to answer the annoying journalists that “he cannot in any way confirm the rumors going on in the media about the supply of Patriot air defense systems to the Ukrainian side.” The ubiquitous “sharks of the pen”, who still wanted to know the truth to death, went so far as to catch them with the same question: “Do you give it or not ?!” Biden himself, who was trying to board "Air Force 1" in order to go from his residence in Delaware to Washington. The old man snapped: “You will hear in a few minutes!” - and gave a tear, dissolving in the blue sky. The intrigue persisted until the very moment the American side announced the next "military aid package" addressed to Kyiv. However, after that, she did not dispel.

The “package” seems to provide for some “additional air defense systems,” but not a single word has been said specifically about the Patriot yet. In theory, these could easily be Stingers... In any case, more or less sane people on both sides of the ocean say that in the most successful case for Ukraine, it can get a maximum of one battery of these air defense systems. It will be delivered for sure with the American calculation of the "vacationers", since the Ukrainians have such an expensive machinery no one will. At the same time, the United States pretty much strained the words of Dmitry Peskov that these complexes, if they appear in the "non-independence" zone, will become "a legitimate target for the Russian army." In Washington, they soared: “You will not dictate to us!” However, they understand that Caliber cannot be stopped by words.

Despite the assurances that “virtually all missiles were intercepted and shot down” after each attack on military and infrastructure facilities of Ukraine from representatives of its military and political leadership, no one doubts the absence of any effective air defense and missile defense system in the country. does not call. Definitely better than many on the subject, Speaker of the Air Force of the Armed Forces of Ukraine Yuriy Ignat is forced to admit the obvious:

We need to get a lot more air defense systems, since there is no need to talk about "closing" the whole of Ukraine yet. The basis of the Ukrainian air defense system continues to be the Soviet Buk and S-300 air defense systems. But they will need to be replaced very soon, since the ammunition and spare parts for them are running out.
There is, of course, no place to take what is missing - well, except perhaps in Russia to order ... Very funny! Attempts to "rummage through the bins" of the "allies" in Eastern Europe, former members of the Department of Internal Affairs, in this case turned out to be completely fruitless. It seems that Slovakia has given something, but these are mere crumbs. Ignat honestly says that Ukraine has no other option than "receiving missile defense systems from the West." The main hopes, according to him, are placed both on the NASAMS, IRIS-T systems, and, above all, on “long-range air defense systems capable of hitting ballistic targets: the MIM-104 Patriot in a certain modification, as well as the French Mamba systems (SAMP-T )". The only question is, how many such air defense systems will the desperately huddling "allies" be able to allocate? And, most importantly, will this "hodgepodge" be able to play the role of that very "reliable shield for the Ukrainian sky" that Zelensky begs his "partners" for almost every day. It is extremely doubtful, and in Ukraine itself they are talking about it quite openly.

Thus, local aviation expert Valery Romanenko clearly points out that the supply of Western air defense systems carried out to Ukraine is "disproportionately small, in comparison with even the most minimal needs of the country." At the same time, he names quite specific figures:

We started the war with the 31st S-300 system. Therefore, now we need exactly the same amount of Patriot. Who will give them to us? We are given one battery - six launchers, and what will it protect? Well, if one regional city defends ...
You can’t argue with the expert’s conclusions - except that it can be clarified that, according to the same Ignat, the Armed Forces of Ukraine require not three dozen, but “hundreds” of air defense systems. The fact that this assessment is closer to the truth is confirmed by the words spoken the day before by the adviser to the head of Zelensky’s office, Alexei Arestovich, which sound completely discouraging:

We are forced to maneuver air defense systems, guess the direction where the missiles will fly, meet them in advance, etc., because we have no way to cover all the objects. Too big a country...

By the way, Arestovich immediately added that, in his opinion, Patriot and other air defense systems should not be focused on at all:

Everyone focused on air defense, but air defense does not win the war. The war is won by shock groups of ground troops, which consist of tanks, armored vehicles and artillery!
Who would argue - only no one gives you tanks either. And the citizens of Ukraine, to tell the truth, are currently only concerned about the presence of electricity, heating and water supply in their homes, and not the crazy and unrealistic plans to “win the war” from Arestovich and his ilk.

In conclusion, one thing can be said: there is still a rational link in the words of the balabol with Bankova. These are his words about "too big a country". So after all, the problem is being solved, albeit not as quickly as we would like! "More air defense" Kyiv is unlikely to receive. But a smaller country is much more real.
Reporterin Yandex News
Reporterin Yandex Zen
6 comments
Information
Dear reader, to leave comments on the publication, you must sign in.