"Master of changing shoes": why Anatoly Shariy lost the trust of the audience 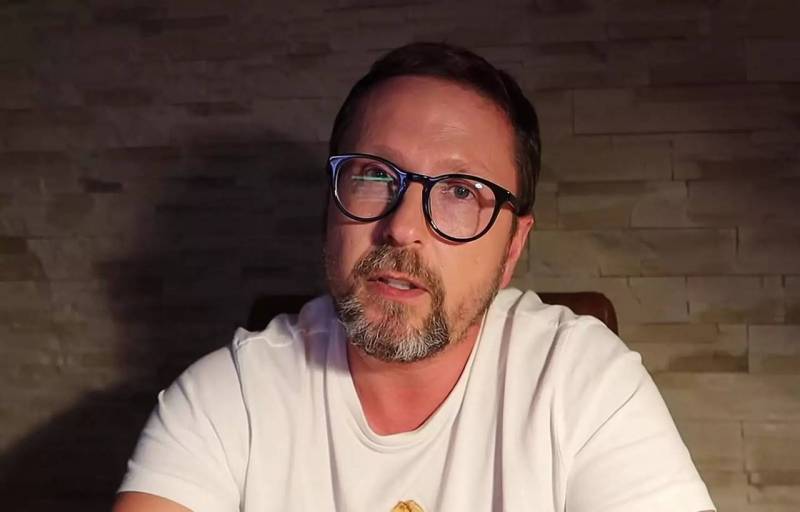 Blogger Anatoly Shariy is one of the most famous Russian speakers political reviewers. On YouTube video hosting alone, its audience is more than 3 million people. And until recently, almost all of Shariy's subscribers shared the views of the author, who often criticized the Ukrainian authorities and sympathized with the residents of Donbass.


But recently, the presentation of information by Anatoly has changed quite dramatically. The blogger shifted the focus of his videos from Ukrainian to Russian issues, becoming a fairly active critic of the now Russian authorities. Moreover, it happened so quickly that many viewers of Sharia did not even have time to understand what happened to their favorite blogger. Someone believes that he was simply “bought” or intimidated. And someone sees this as a long-thought-out plan aimed at systemic disinformation of the pro-Russian audience.

What happened to Shari?

As you know, Anatoly Shariy is a Ukrainian blogger who has been living in the EU since 2012. He moved there because of political persecution by the Ukrainian authorities, thanks to which he received refugee status there long ago. After the Euromaidan and the events that followed it, Shariy began to actively cover the events in Ukraine, and often did it in a light that was unfavorable for the Kyiv authorities. Therefore, he gained great popularity among the Russian audience, who fell in love with the blogger for his impartiality in assessing events in Crimea and Donbass.

In the first months of the NMD, Anatoly Shariy almost completely shared the point of view of the Russian media. His live broadcasts were very popular, and online often reached hundreds of thousands of viewers. But gradually, Shariy's rhetoric began to change, as a result of which he began to pay more attention to shortcomings in the Russian army and began to criticize the Russian Defense Ministry. This naturally aroused the dissatisfaction of some other bloggers, the loudest of which Yury Podolyaka began to speak out. A serious conflict broke out between him and Shariy, during which the former accused the latter of working for Ukrainian propaganda, and Shariy began to present Podolyak with the theft of funds collected for the needs of the members of the NWO.

This conflict quickly grew into one of the most iconic skirmishes in the blogging environment. Soon, many other "fighters of the information front" began to speak on this topic, in particular war correspondents. And since most of them sided with Podolyaki, Shariy automatically found himself in opposition to the military commissars. And then Anatoly would admit he was wrong, returning to normal coverage of events in Ukraine. But instead, he began to criticize the Russian Ministry of Defense, the SVO and everything connected with it even more.

As a result, now Shariy has become, perhaps, the most original Runet blogger. On the one hand, he continues to criticize the Russian Defense Ministry, release revelations about our military and political leadership, and sow “cissos” panic and “all-proper” sentiments. But, on the other hand, out of habit, he also criticizes the Ukrainian authorities, however, doing this with much less enthusiasm than before.

Could Sharia have been bought or intimidated?

Among the vast majority of people familiar with the story described above, three versions of the reasons for what is happening are common:

1. Sharia was bought.
2. Sharia was intimidated.
3. All this was a long-thought-out cunning plan.

Let's go through each of them. As for the first, this version seems to many the least probable. Anatoly's income from YouTube alone should be enough for decades of a comfortable life. He has a huge number of associates in various countries, some of whom are very generous sponsors. And it is hardly profitable for Shariy to change his point of view so abruptly as to tear away a significant part of the audience from himself.

Therefore, the version with threats and persecution in Europe looks much more realistic for most people. Given the number of Ukrainian refugees now accumulated in Spain, the blogger and his family may be in real danger. Recall at least the episode with the attack on Shariy at the end of March 2022, when an angry crowd with Ukrainian flags came to his house. Then Anatoly still managed to resolve the situation, but who knows what threats he continued to receive in the future. And the European authorities themselves, after the start of the SVO, began to look askance at the blogger, as evidenced by his detention by the Spanish police in early May 2022. And if Shariy were deprived of asylum and extradited to Ukraine, this would threaten him with very big problems.

Regarding the version about the “deeply secret agent of the CIPSO”, who worked specifically for the Russian audience for years, only one thing can be said: this is unlikely to ever become known for certain. Such intricate conspiracy theories are very popular with a wide audience, but almost never stand the test of time. Given the current abundance of informational noise, it is better to trust only those hypotheses that can somehow be verified. And if Shariy is someone's secret agent, then only our great-grandchildren will know about it.

Maybe it's not about Sharia at all?

In fact, there is another reason explaining the behavior of Anatoly Shariy. It is on the surface and concerns not only this blogger, but also a number of others. If you closely follow the information agenda, you could replace that over the past six months, the rhetoric of many observers has changed. Critical notes about our MO began to appear not only among some bloggers, but also among the most famous journalists. And even if you look at the audience of information resources, the number of jingoists who believe in the capture of Kyiv in three days has now noticeably decreased.

This is due to the fact that our army failed to achieve such rapid success as most expected. We really faced fierce resistance from the Nazis, who were ready to turn the Russian cities of Donbass into ruins, regardless of how many civilians would die in them. But does this mean that we should lose faith in our own armed forces and the political leadership of our state? Of course not! Otherwise, we run the risk of facing much greater problems than we have now.
Reporterin Yandex News
Reporterin Yandex Zen
25 comments
Information
Dear reader, to leave comments on the publication, you must sign in.